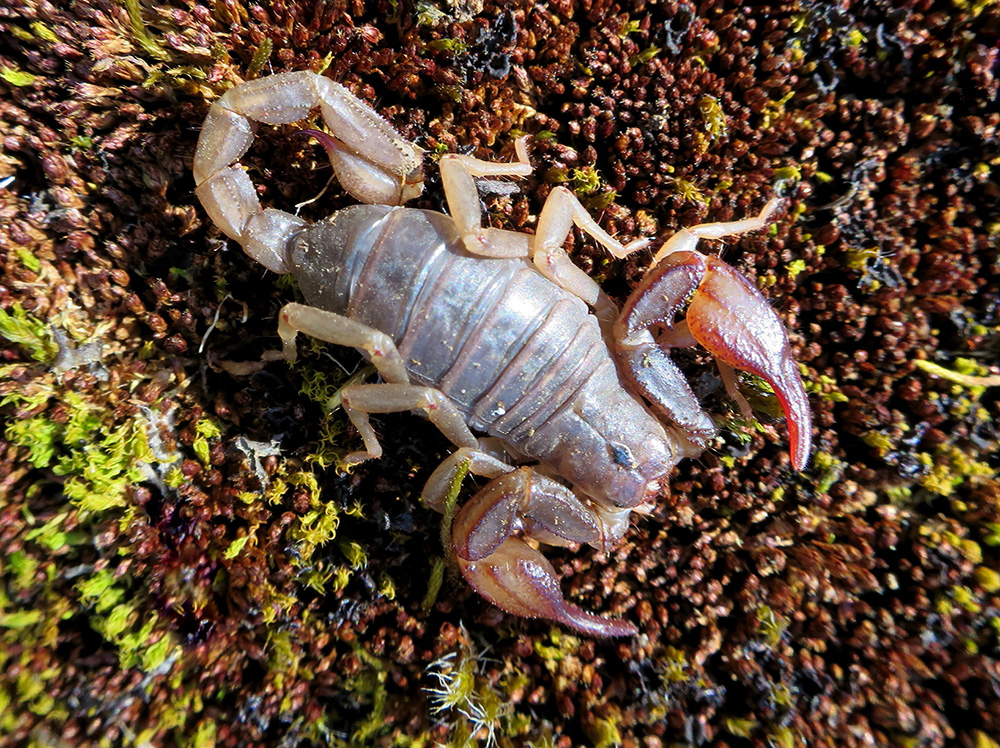 Scorpions have front appendages (pedipalps) modified into claws for catching and holding prey, a 7-segmented preabdomen and a 5-segmented posterior with a tail ending in a stinger. Ventrally, they have 2 comblike appendages (pectines), which are sensory organs. Although they have up to 12 eyes, scorpions can only distinguish dark from light. Many scorpions have poisonous stingers for defence or killing prey. Most are harmless to humans and the effect of the sting is like that of a bee. The largest living species, from South Africa, are about 20 cm long.

About 1500 species are found worldwide (an estimated 1000 species are as yet not described) throughout tropical and warmer regions; the northern or boreal scorpion (family Vaejovidae, Paruroctonus boreus) is the only species that occurs in Canada (southern Saskatchewan, Alberta and British Columbia). It is about 5 cm long and has a 2-year life cycle.

Scorpions are nocturnal, living under logs, bark or rocks. Being active at night helps them manage temperature and water balance. Scorpions glow a greenish yellow under UV light, making them very easy to find in the dark. They prey on insects, spiders and each other. Scorpions have internal digestion and can eat pieces of food. The young are usually born alive, and shortly after birth, they crawl onto the mother's back for protection. Though some may live 25 years, most live 3 to 5 years.