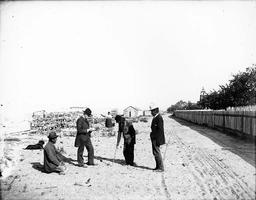 The Indian Shaker Church is an Indigenous religion that began in 1882 near the town of Shelton, Washington, in the United States. The unique belief system of the Shakers resulted from a combination of Christian and Coast Salish spiritual traditions. Today, members of the Church can be found throughout northwest North America, including southern British Columbia. The Church has no relation to the United Society of Believers in Christ's Second Appearing (also known as the Shakers), except in name.

The Indian Shaker Church was inspired by the spiritual visions and experiences of husband and wife John and Mary Slocum, of the səhíʔwəbš (SqwuqWu’b3sh or Skokomish, pronounced Sa-hey-wamish) people. In the fall of 1882, John Slocum, who worked as a logger, suddenly became ill and appeared to die in his home on the shores of a remote inlet in southern Puget Sound known as Big Skookum. (Skookum is a Chinook Jargon term meaning “strong, brave or impressive.”) His relatives sent for a coffin. To their great surprise, John came back to life and explained that he had left his body, travelled to heaven and had been told by God to instruct Indigenous people to stop smoking tobacco, gambling and drinking alcohol. As he recovered, John preached abstinence from these behaviours and made prophecies.

About a year after John’s first spiritual experience, he once again became seriously ill. John had not abstained from alcohol, tobacco and gambling, as he had urged his followers to do. John’s father called in an Indian Doctor to give him medical attention. Indian Doctors were established medical practitioners in Coast Salish societies. However, John’s wife, Mary, believed that the Indian Doctor was causing his illness. Upset, she left the house where John was lying ill and went to the shores of Big Skookum, where she began to shake and tremble. Shakers believe that Mary received the power of Jesus to cure disease on the shores of Big Skookum. Returning to the room where John lay, she ordered the Indian Doctor to leave, and made John’s family members light candles and ring bells. She made the sign of the cross and shook her body over John until he revived to full health.

The spiritual experiences and visions of John and Mary Slocum in the 1880s inspired the Indian Shaker Church. In the decades immediately following John and Mary’s spiritual experiences, churches were constructed in Indigenous communities throughout the Pacific Northwest. The religion spread south to Oregon and northern California, east no further than the Cascade Mountains and north to southern British Columbia. Many adherents of the Church in Canada became Shakers through family and economic ties that spanned the border between Washington and British Columbia. One activity that led to the spread of the religion to Canada was seasonal labour on White-owned hop farms in Washington State by Indigenous people from southern British Columbia. Communities of Shakers could be found on Southern Vancouver Island and the Lower Mainland of British Columbia beginning in the 20th century, particularly amongst communities of Cowichan, Musqueam, Chemainus and Squamish.

In the 19th century, Canadian and American governments outlawed Indigenous spiritual systems as well as other Indigenous cultural practices such as languages and styles of dress (see Indian Act). In doing so, these governments aimed to transform Indigenous peoples into productive Christian citizens of their nations. This was known as the ideology of assimilation, which was also a factor in the creation of residential schools in Canada.

Due to the ideology of assimilation, the Shaker Church faced a mixed reaction from non-Indigenous people. In the United States, the Shakers were often accused by non-Indigenous people of continuing the practices of Indian Doctoring under the guise of Christianity. Myron Eells, a missionary to Indigenous peoples in the US, symbolized this belief when he wrote that Shaker Church services were “virtually the old, native…practices…conducted under the thinly veiled guise of quasi-Christianity or quasi-Christian religious ceremonial.” In the United States, some Shakers received jail time for practising their religion. As a result of this persecution, the Shaker Church leadership incorporated as an official church in the United States in 1910. This ended the basis for legal discrimination in that country by extending federal constitutional protections to the Church.

In Canada, an amendment to the Indian Act in 1884 banned the practice of the potlatch and Tamanawas (traditional Indigenous dances, which some believed were associated with Indian Doctoring). Many argued that the Church was in fact just Indian Doctoring disguised in Christian ceremony. In general, Indian agents in Canada were more tolerant of the Shaker Church than their American counterparts due to its adoption of some Christian customs. Nonetheless, because the Potlatch Ban specifically banned Tamanawas dances, Indian Shakers in Canada always faced the prospect of being targeted by Indian agents, who could interpret their faith as holding back assimilation. The Potlatch Ban remained in effect until 1951; the lifting of the ban ended the basis for discriminating against Indian Shakers in Canada.

Central to the beliefs of Indian Shakers is the re-imagination of the Christian Jesus into a spirit-power in the Coast Salish tradition. Coast Salish people, like many Indigenous communities in Canada, believe in spirit-powers (see Indigenous Peoples: Religion). In early adolescence, young people first establish contact with a spirit-power, which can be in the form of an animal or natural object with living properties. Establishing and maintaining a connection throughout one’s life to a spirit-power gives individuals particular talents and skills. As anthropologist Jay Miller has noted, spirit-powers exist in an infinite variety in Coast Salish communities, and the introduction of entirely new ones is common practice. The Shakers, having spent much time with missionaries, reinterpreted the Christian Jesus into a spirit-power, whose particular ability was that of healing the sick. This religious adaptation was very practical because epidemic diseases had greatly impacted the Indigenous peoples of the Pacific Northwest throughout the 19th century (see Smallpox).

A central aspect of Shaker Church services is the healing ritual, in which Church members channel the power of Jesus into healing the sick. This healing ritual was inspired by Mary Slocum’s healing of her husband in the foundational story of the Church. During church ceremonies, Shakers in need of healing sit in chairs while others who have the “Power” (the power of Jesus) work to heal them. Healers make hand gestures upwards and sing to obtain the Power. Once the Power is obtained, they perform several rituals over the sick person including touch healing, hand clapping and candle waving. Shakers believe that candles have the power to reveal the diseased areas of the body. Shakers also believe that illness can be burned away over a candle once it is removed from the body. Onlookers ring bells incessantly throughout the healing ritual, which causes temporary partial deafness. Bell ringing is believed to aid in the healing process. Those being healed sometimes shake or vomit during the healing, which is a sign that disease is leaving the body.

Related to the central belief of Jesus’ power to heal in the church is one of abstinence from tobacco, alcohol, drugs and gambling. Shakers believe that using these substances or partaking in gambling causes illness in the body. They also believe that the body cannot receive the Power unless it is free from substances. Often, those who join the Church first arrive in what Shakers call a “backslid” state, in which these substances or behaviours have been partaken of. Once healers have helped backsliders obtain bodily purity through the healing ritual, backsliders often become healers in their own right and integral members of the Church. 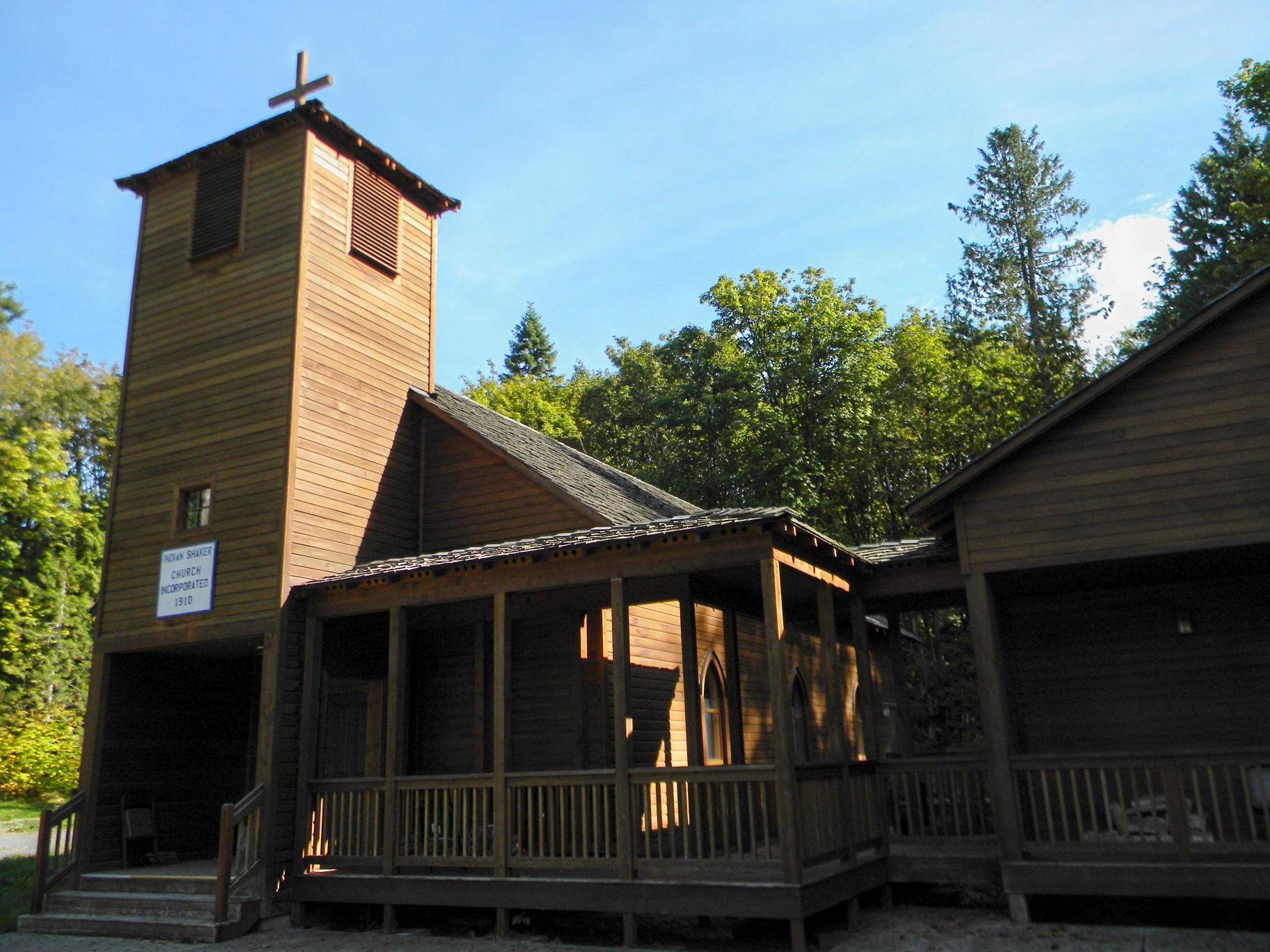 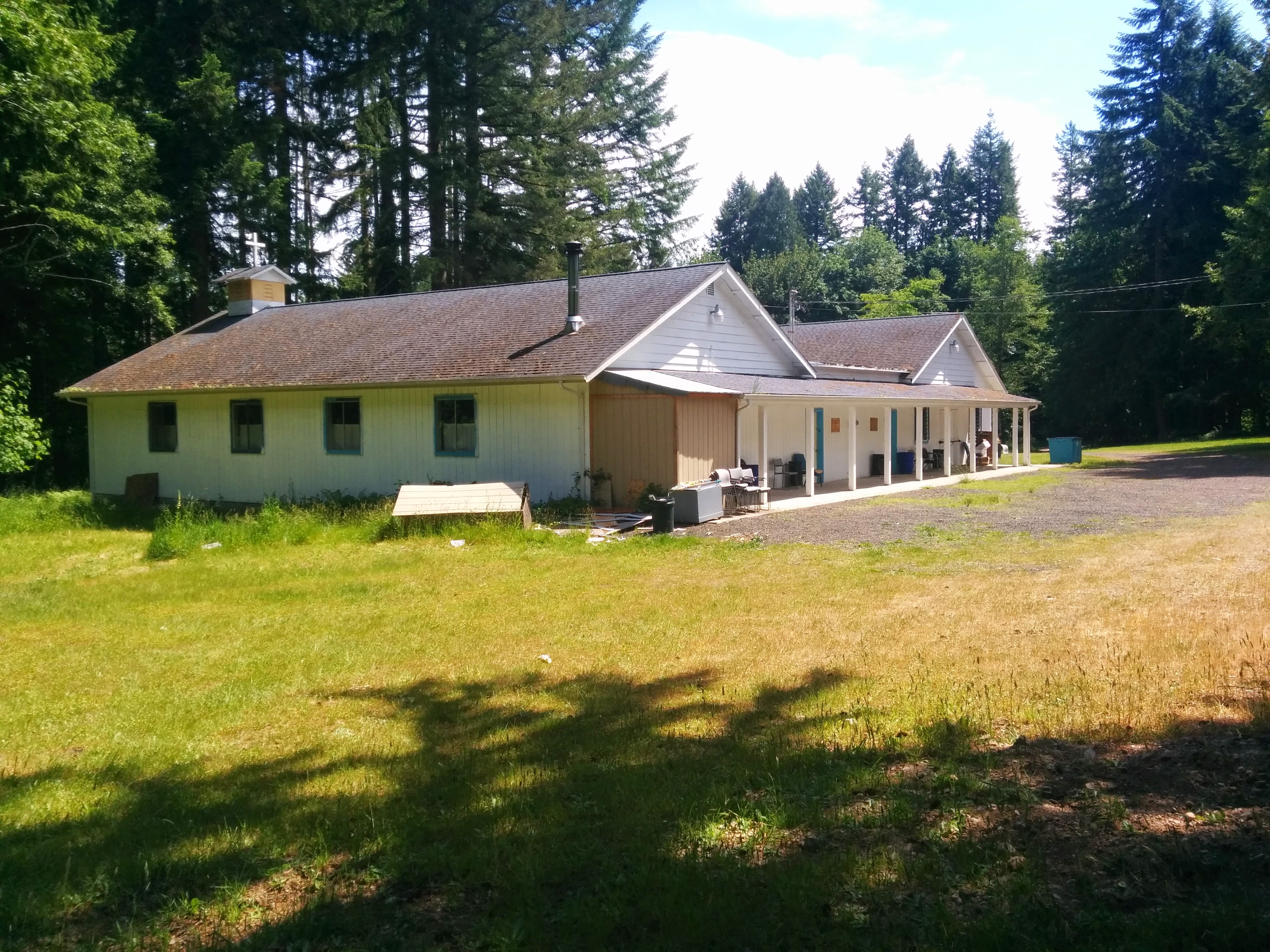 This Indian Shaker Church in Mud Bay, Washington was built in 1910. 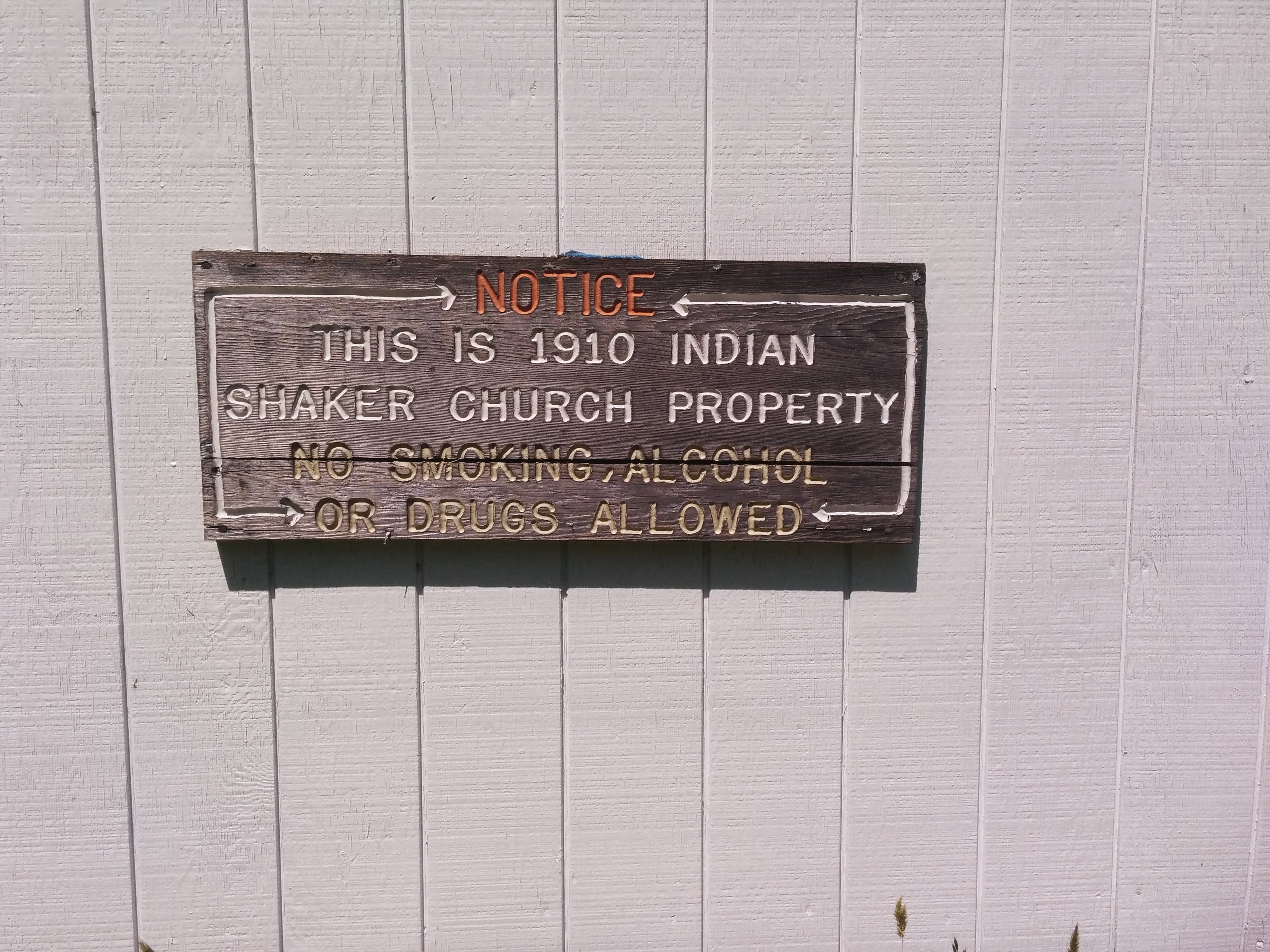 This Indian Shaker Church at Mud Bay, Washington was built in 1910.
PreviousNext

It is difficult to determine the number of currently practising Indian Shakers due to a relaxed stance towards formal record keeping and administrative structure in the Church. At present, there are several active Indian Shaker Church congregations in the Pacific Northwest, including those in southern British Columbia within the town of Duncan on Vancouver Island and at X̱wemelch'stn (Homulchesan) in North Vancouver.