Influence of the Civil Rights and Decolonization Movements

In the 1960s, Montreal became a focal point for Black activism in Canada. Black Montrealers, profoundly influenced by the civil rights movement in the United States and the decolonization movements in the Caribbean and Africa, mobilized as never before to defend their rights and denounce the racism and discrimination to which they were being subjected every day.

In 1965, the Negro Citizenship Association, the main civil rights organization in Montreal, launched a magazine called Expression and used it to wage an aggressive campaign to strengthen antidiscrimination laws in Québec and the rest of Canada.

At the time, the composition of Montreal’s Black community was changing rapidly, because of the many different streams of immigration that had contributed to its growth since the 1950s. This community was increasingly influenced by the growing presence of young English-speaking students who had come from Caribbean countries to attend the city’s various universities. These students helped to introduce and spread anti colonialist ideas within Montreal’s Black community. The establishment of the Caribbean Conference Committee in the mid-1960s had an undeniable impact on the social consciousness of this community.

This committee organized a series of lectures by various intellectuals. In 1965, the guest speaker was George Lamming, a novelist and poet from Barbados whose writings on decolonization were discussed widely. In 1966, the speaker was Cyril Lionel Robert James, a writer and an activist in the campaign to achieve independence for Trinidad.

In 1968, the Black Writers Congress was held at McGill University. The participants included some of the most influential Black intellectual figuresof the time, such as Michael X, head of the Black Muslims in England; US activist James Forman; and Rocky Jones, an Afro-Canadian activist from Halifax. Certainly the most important event at this gathering was the speech by civil rights and Black Power advocate Stokely Carmichael, which drew more than 2,000 people.

In the view of activists such as Alfie Roberts, who worked on the Caribbean Conference Committee, these numerous events in Montréal in the 1960s must be regarded as a Black contribution to Québec’s Quiet Revolution. According to historian Sean Mills, these intense intellectual debates were part of a veritable Black renaissance in Montréal, one that culminated in the events at Sir George Williams University.

The Events at Sir George

In spring 1968, six Caribbean students at Sir George Williams University (now a part of Concordia University) filed a complaint that biology professor Perry Anderson practiced racial discrimination in his courses by giving failing marks to all Black people, regardless of the quality of their work. The university formed a committee that examined the complaint and then rejected it on 29 January 1969. In response, all of the complainants and some 200 demonstrators decided to hold a sit-in at the computer centre on the ninth floor of the Henry F. Hall Building.

On 10 February, after the computer centre had been occupied for several days, the two parties negotiated a settlement whereby the protesters would vacate the building and a new committee would be formed to re-examine the six students’ complaint. But at the end of the evening, when only about 100 students were left in the computer centre, the agreement fell apart. The protesters barricaded themselves in and took the elevators and telephones out of service. In response, the university turned the matter over to the police. The riot squad was sent to the campus and intervened the next day. 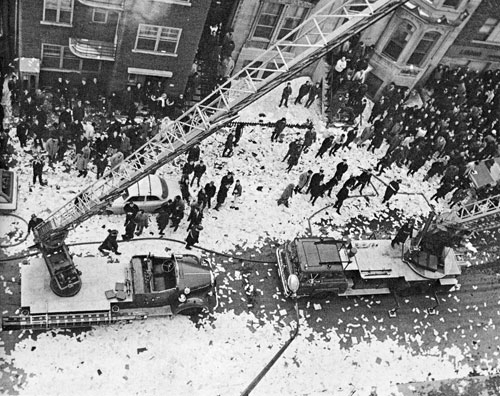 This demonstration, previously peaceful, degenerated quickly. The students threw objects out of the windows. The riot police broke down the doors. In the confusion, a fire broke out, and the computers were destroyed. From the street, a crowd could be heard chanting “Burn n—burn!” and “Let the n—burn!” When the riot was over, 97 people had been arrested, Whites as well as Blacks, and the damage totalled over $2 million. The next day, 12 February, Professor Anderson, who had been suspended since the start of the crisis, was reinstated. That summer, a university committee acquitted him of all of the charges of racism that had been levelled against him.

News of the Sir George Williams affair spread quickly around the world, and demonstrations were held in several Caribbean countries to protest the attitude of the university and the Canadian government. The Caribbean tour of Governor General Roland Michener was disrupted when a protest prevented him from visiting the St. Augustine campus of the University of the West Indies in Trinidad and Tobago.

The circumstances that led to the race riot at Sir George Williams University nevertheless also led the university administration to re-assess the way it handled complaints of racism. In 1971, the administration adopted a new set of rules and rights. The students were now included in the university’s decision-making process. The university also established an Ombudsman’s Office to address students’ concerns.

Identified as the ringleaders of the riot, Roosevelt “Rosie” Douglas, from Dominica, and Anne Cools, from Barbados, were sentenced to prison terms: two years for the former, and four months for the latter. Douglas served 18 months in Canada and was then deported in 1975 to his country of origin, where he subsequently had a brilliant political career. As prime minister of Dominica, he made an official visit to Montreal in May 2000, the first time he had been back since he was deported. During this visit, he recalled the events at Sir George Williams University as follows: “It was a fight for Black people to have an equal stake in the nation. We had no malice in our heads—we just wanted justice.” 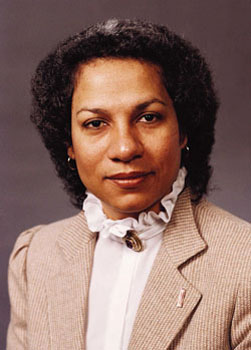 Anne Cools received a pardon from the Canadian government. In 1974, she moved to Toronto and founded Women In Transition Inc., one of Canada’s first shelters for female victims of violence (see Family Violence). In 1984, on the recommendation of Prime Minister Pierre Elliott Trudeau, she was appointed to the Senate by Governor General Edward Schreyer and became the first Black person to sit in that Chamber. Since 2007, she has served as an independent senator.

In the 1970s, these Montreal- and Québec-wide organizations played a crucial role in helping to normalize the status of Haitian immigrants and effect changes in Canada’s immigration policies, as well as in fighting racism and discrimination in employment (in particular in the taxi industry) and in relations between the police and the Black community of Montreal.

In the 21st century, the Montreal Black community’s activism is no longer necessarily expressed through radical militancy, but rather through community radio stations (such as Radio haïtienne de Montréal), newspapers, other publications, professional associations(such as the Montreal Association of Black Business Persons and Professionals), and cultural organizations (such as Vues d’Afrique). Numerous festivals, such as the Festival international Nuits d’Afrique and Carifête, fill the streets of Montreal every summer and celebrate the diversity of Québec and its Black community.

The Legacy of the Sir George Williams Riot

More than just a student demonstration, the events at Sir George Williams University must be seen in the broader context of racial tensions and the awakening of Black communities in Montreal. Long overlooked in histories of the time, they nevertheless had repercussions at the national and even the international level. They can also be seen as the foundation for a broader denunciation of institutional racism. (See also Little Burgundy and Montreal's Black English-Speaking Community.)

More recently, however, their importance has been underscored by many historians, and in 2014 the Sir George Williams affair was the subject of a documentary film entitled The Ninth Floor, directed by Mina Shum and produced by the NFB. Using archival images and interviews with people who were there at the time, this film takes a look back at these events which clearly showed that the history of Canada is far from free of racism. (See Anti-Black Racism in Canada.)