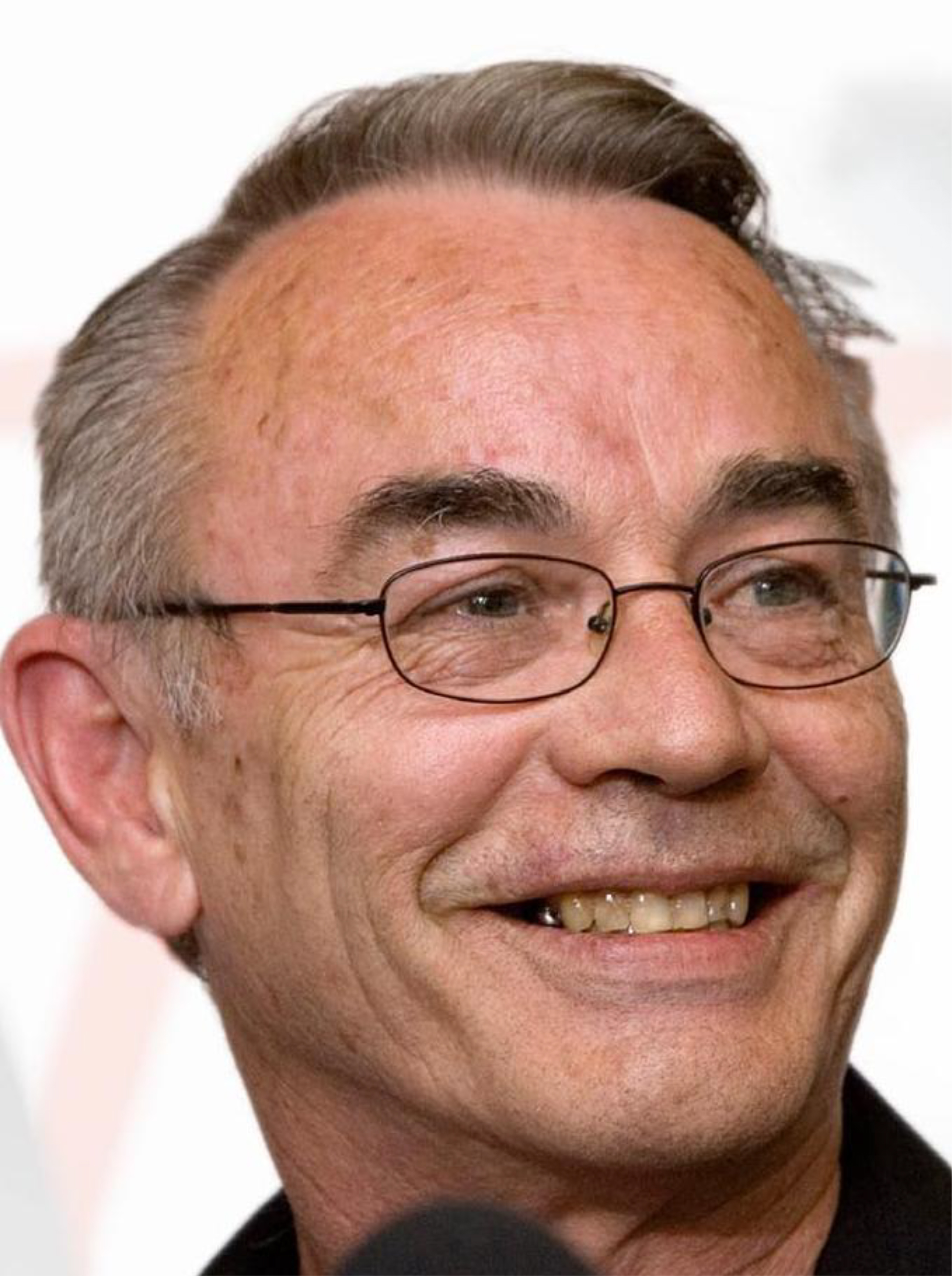 For nearly five decades, Steven Truscott lived under the shadow of a wrongful murder conviction.

Steven Murray Truscott was a popular, athletic teenager who lived with his parents in the southwestern Ontario town of Clinton. In 1959, at the age of 14, he was wrongly convicted of killing his 12-year-old schoolmate Lynne Harper. Not until five decades later was he finally exonerated.

On the evening of 9 June 1959 several witnesses saw Steven Truscott cycling with Lynne Harper through the countryside — Truscott carrying her on the handlebars of his bicycle. Two days later, the girl’s remains were found just off a tractor trail in a lightly wooded area known as Lawson's Bush, on the outskirts of Clinton.

Truscott became an immediate suspect. Questioned by police, he maintained that he had given the girl a lift to a highway intersection approximately a kilometre west of town, where some believe Lynne intended to hitch a ride to her grandmother’s home in a nearby community. Police found details of his account deceptive and promptly arrested Truscott for murder.

With a population of just 3,500, Clinton — located near Lake Huron about 200 km west of Toronto — was divided evenly between long-time local residents and military families who worked at Canadian Forces Base Clinton, a nearby radar-training base. Both the Truscott and Harper families belonged to the military community.

Steven Truscott, born in Vancouver on 18 January 1945, was the son of a non-commissioned air force officer, Dan, and his wife Doris. They had arrived in Clinton in 1956, a year before the Harper family was transferred there.

The abduction and murder traumatized the community to a point where Truscott was denied bail. The Crown also succeeded in having his upcoming trial transferred to adult court, ensuring that Truscott could be potentially sentenced to either life imprisonment or execution.

Truscott’s jury trial consumed 15 days. The prosecution case was based on an assertion that Harper was a cautious girl who did not hitchhike. It alleged that Truscott sexually assaulted Harper, strangled her with her blouse and then arranged a few tree branches to partially cover her remains.

The prosecution highlighted a series of seemingly inconsistent statements Truscott had made in his statements to police, as well as the existence of a mysterious abrasion on his penis. It also questioned why Truscott did not reveal until at least a day after Harper disappeared that he had seen her get into a Chevrolet at the spot where her left her on Highway 8. Finally, it cited evidence that fresh bicycle tire tracks were found leading along the tractor path to the body site.

Truscott repeated his assertion to police that he had seen Lynne picked up by a 1959 Chevrolet with an out-of-province licence plate.

Timing was critical to the case. Pathologist John Penistan, who conducted an autopsy of the victim, testified that her half-digested stomach contents revealed that Lynne had died between 7:15 p.m. –7:45 p.m. This narrow window of opportunity proved to be damning evidence against Truscott, since it was certain that he had been with her during that time. The brief window also lessened the possibility of a stranger having picked Lynne up on the highway and driven her back across the bridge toward the tractor path where she died.

The trial featured a good deal of testimony from children who had been playing under the bridge that evening and saw Truscott with Harper. Both the Crown and defence used the children's accounts to bolster their own contentions about the timing of events.

Truscott was found guilty on 30 September 1959. His conviction and the imposition of a death sentence caused a significant public clamour. A year later, the federal government commuted his sentence to life imprisonment with a 10-year parole eligibility period. Truscott’s subsequent appeal to the Supreme Court of Canada was rejected.

In 1966, a book by Isabel LeBourdais stirred up controversy anew. The Trial of Steven Truscott made a detailed case for the young man having been railroaded by careless police officers and a vindictive prosecution. LeBourdais was particularly critical of Dr. Penistan’s conclusions, and of apparent discrepancies with the evidence gathered by Ontario Provincial Police investigators. She was also critical of the manner in which statements from underage witnesses were obtained and used by the Crown.

Truscott was paroled in 1969 and disappeared into anonymity. For almost 30 years, he lived under the media radar in Guelph, Ontario. His identity was known only to some members of the community and to his co-workers at a company where Truscott was employed as a millwright. To the outside world, he was known only by his assumed name, Steven Bowers.

Under Section 690 of the Criminal Code, Truscott could apply to have his conviction reviewed and potentially referred for a retrial. First, however, the Department of Justice had to be satisfied that fresh evidence in the case could affect the outcome of his trial.

Lawyers from the Association in Defence of the Wrongly Convicted (AIDWYC) dug into the background of the case, eventually obtaining 3,000 pages of material not before disclosed to the defence. The group drafted a 700-page brief that raised multiple instances of evidence that, according to AIDWYC, hadn't been adequately investigated or had been improperly suppressed.

At the same time, AIDWYC lawyers worked with the CBC program The Fifth Estate to stoke public interest about the long-ago case. A producer at the program, Julian Sher, also produced a book, Until You Are Dead, arguing for Truscott’s innocence.

The thrust of the fresh evidence was that the Crown had suppressed information from children that could have been used by the defence to confirm Truscott’s claim that he rode across the bridge and left Harper at Highway 8.

The defence had also obtained a previously undisclosed police report showing that the bicycle tire tracks on the tractor trail were likely to have been left there at least a week before Harper was killed, rendering them meaningless as evidence.

Perhaps the most significant new evidence was the discovery of a letter Dr. Penistan had written in 1966 to the lead police investigator in the case, Harold Graham. Sent on the eve of the 1966 Supreme Court of Canada appeal, Penistan admitted in the letter that he had made an “agonizing reappraisal” of his testimony at the Truscott trial and concluded that he should not have supplied such a narrow window-of-time opportunity.

The letter had never been disclosed to the defence.

A final item of undisclosed evidence involved an elderly couple who had told investigators soon after the murder that they had spotted a young girl hitchhiking, around the spot Truscott claimed to have left Harper that night, at roughly the time she disappeared.

Truscott’s lawyers put forward an alternative suspect in the murder — a one-time air force sergeant named Alexander Kalichuk, who had been transferred away from Clinton two years before the Harper murder but had maintained links with the community. Kalichuk had been arrested in St. Thomas, Ontario, three weeks prior to the Harper murder, for attempting to lure a young girl into his car.

The failure to disclose evidence that was potentially favourable to Truscott was not illegal under rules and conventions existing at the time. However, much had changed in the years since then. The Supreme Court of Canada, in a landmark 1991 case known as R v Stinchcombe, had ruled that there was a constitutional obligation on the part of the state to disclose potentially relevant evidence to a defendant.

In 2002, the federal government appointed retired Québec Court of Appeal Justice Fred Kaufman to review Truscott’s Section 690 application. Kaufman, who had earlier presided over an inquiry into the wrongful conviction of Guy Paul Morin, recommended that the Ontario Court of Appeal reopen the Truscott case to permit a full appeal. The federal minister of justice agreed.

A special five-judge panel of the Court of Appeal began hearing the fresh evidence in mid-2006. A year later, it acquitted Truscott outright, in part because it said a fair retrial would be impossible so many years after the fact.

In media interviews, Truscott recalled waking up every morning of his initial period behind bars wondering if he would be executed before the day was out. He also said that he had been drugged with LSD and truth serum during his incarceration by authorities in the hope that it would induce him to confess.

“I’m not bitter,” Truscott told journalists. “You can’t live day after day being bitter . . . I’ve moved on with my life. My wife and I raised a family. I was always taught to look at things positively.”

Meanwhile, Lynne Harper's father maintained that he and other close family members were skeptical of Truscott's innocence.

Steven Truscott and AIDWYC member Julien LeBourdais. For nearly five decades, Truscott lived under the shadow of a wrongful murder conviction, before being exonerated.

Truscott continues to live in Guelph with his wife, Marlene. He was awarded $6.5 million in compensation by the Ontario government in 2008, part of which Truscott used to launch the Truscott Initiative in Justice Studies at the University of Guelph, funding two scholarships for students in the field. 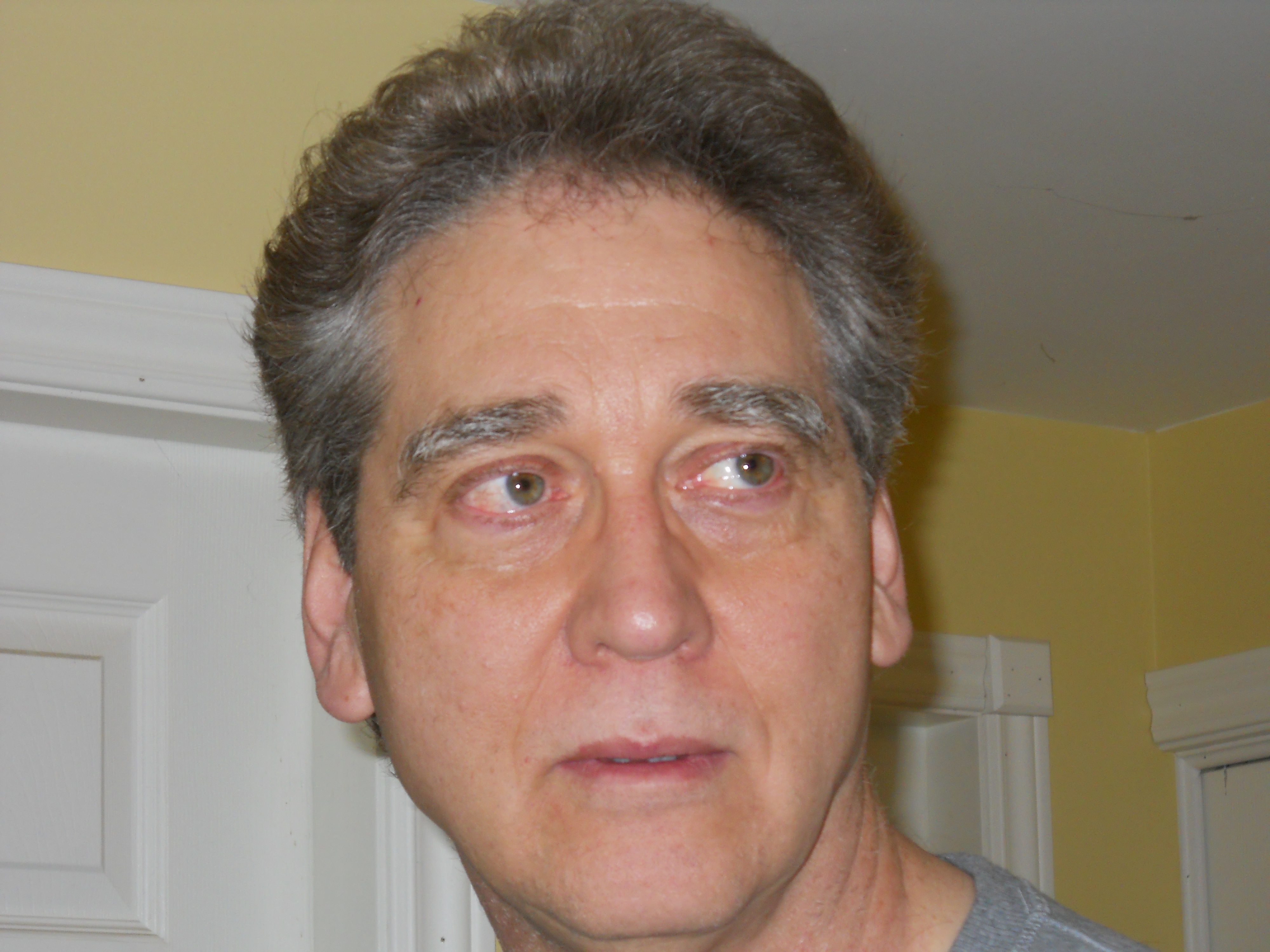