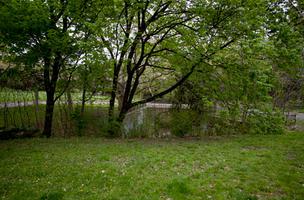 All that remains of the mansion property is a bridge and driveway that led to the house. The rest at least was preserved as this park in northeast Rosedale, 2012 (photo \u00a9 2012 by James Marsh). 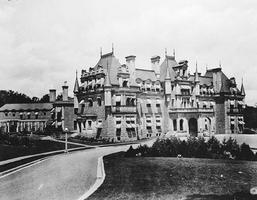 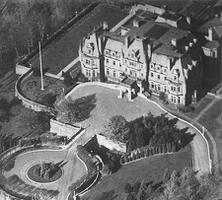 Chorley Park never got a break. Though rivaling Casa Loma in grandeur and grandiosity, it was criticized from the get-go for being too secluded to serve as the official residence of Ontario's lieutenant-governor. It endured cost overruns, a premier's hatred, and suffered deterioration that prevented its preservation.

Modelled on chateaus of the Loire Valley in France, Chorley Park cost four times more than budgeted when it was completed in 1915. The annual expense of maintaining a luxurious Rosedale mansion angered many politicians at Queen's Park, none more so than Mitchell Hepburn. As premier, Hepburn kept an election campaign promise when he closed the mansion immediately after Lieutenant-Governor Herbert Bruce resigned in 1937. Hepburn loathed Chorley Park so much that he refused to provide money for modest renovations to accommodate King George VI during the royal visit in 1939.

Transferred to the military in 1940, Chorley Park was used as a convalescent home and after the Second World War as a recruiting and training centre through the Korean War. Uses during the 1950s included a Royal Canadian Mounted Police administration centre and a temporary home for Hungarian refugees. The City of Toronto acquired the deteriorating property in 1959 and, after determining the $250 000 required to fix it would be better spent preserving St Lawrence Hall, demolished the building to make way for the park.