Island House was home to many different birds and animals during the zoo's 80 years (courtesy Riverdale Farm Advisory Council). 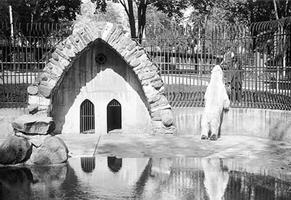 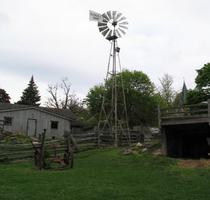 The windmill at Riverdale Farm, circa 2007 (courtesy Luke Hollins).
PreviousNext

"Riverdale Farm: A Turn-of-the-Century Ontario Farm in the City"

In 1856, the City of Toronto purchased farmland that was originally owned by John Scadding. It would become Riverdale Park as well as a zoo.

In 1880, the land was re-designated as parkland. Eight years later, Daniel Lamb, a prominent Toronto politician and resident of the neighbouring residential area, Cabbagetown, donated a few animals and encouraged others to do the same. In 1894, Riverdale Park became Riverdale Zoo. The zoo functioned until 1974, when the new Metro Zoo (now the Toronto Zoo) opened to modern standards in Scarborough. Riverdale's animals were transferred there. From 1974 to 1978, many of the zoo's buildings were removed and the site was levelled, and Riverdale Farm opened on the old zoo site.

The wonderful park in what is now the heart of Cabbagetown was revived to its origins as a working farm, used to teach city children about Ontario's food production and rural history from 1880 to 1920. Farm census data are used to help identify breeds closest to those of the period. The Markham Township Francey Barn, donated to the city in 1977, was disassembled, moved and rebuilt in Riverdale. The Simpson House, named after the restoration architect, was modelled after the original Francey farmhouse.

Fragments of Riverdale's past remain, including three of the original zoo structures. The original Resident Zookeeper's House was built in 1902. 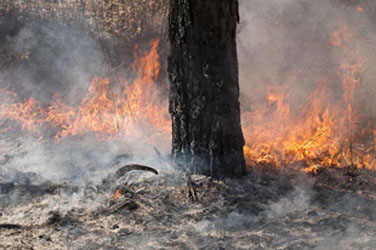 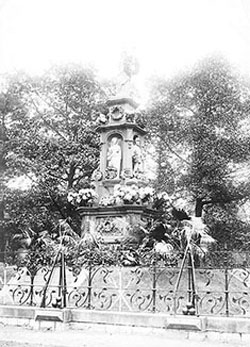