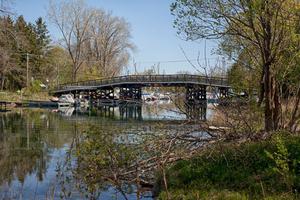 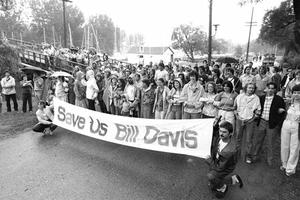 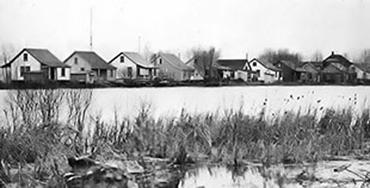 "Waiting for the Sheriff to Come"

The residents of Toronto Island were ready on the morning of 28 July 1980. After years of fighting the destruction of their homes, they learned that the sheriff was coming to evict them. A siren on the island blew a warning, and a phone chain contacted residents and their supporters working in the city. All available watercraft transported them to meet by the Algonquin Island Bridge. Clad in raincoats, they awaited the sheriff's arrival.

Acting Sheriff Joseph Bremner wanted to meet representatives of the Toronto Island Residents Association in his car, away from the crowd. No go. He then tried to negotiate with the angry and determined crowd. Finally, Bremner agreed to delay any further action for 24 hours while a legal case over Metro Toronto's eviction writs continued. The community had gained another reprieve.

Battles over the future of the island's residents had raged since the 1950s, when Metro Toronto was determined to evict them to make way for parkland. While the communities west of Algonquin Island were removed by the late 1960s, the remaining residents defended their turf and won a series of short-term lease renewals. A lasting resolution came in 1993, when the provincial government passed legislation granting islanders permission to buy 99-year leases from a land trust.