The company was incorporated by an Act of Parliament on 21 March 1951 under the name Trans-Canada Pipe Lines Limited. Trans-Canada was a subsidiary of Canadian Delhi, a company through which Texan oil magnate Clint Murchison led natural gas exploration in Western Canada. Trans-Canada sought to build the first natural gas pipeline from Alberta to Central Canada.

Liberal minister of Trade and Commerce C.D. Howe ardently supported the pipeline proposal. To him, its importance rivalled the construction of the Canadian Pacific Railway in the 1880s. However, Howe’s efforts to realize the project met with strong resistance from the Progressive Conservatives, who formed the official opposition, and the Co-operative Commonwealth Federation. The Conservatives objected to the fact that Trans-Canada was majority owned by Americans. Also controversial was Howe’s use of closure to skirt parliamentary debate over the pipeline (see Pipeline Debate, 1956). Nevertheless, the Liberal government passed the bill allowing its construction. The TransCanada Pipeline was completed by October 1958 and remains in service today as TC Energy’s Canadian Mainline. When it began operation, it was the longest natural gas pipeline in the world.

In the 1960s, Trans-Canada upgraded its cross-country pipeline (now called the Canadian Mainline) with the world’s first computerized pipeline flow control and measurement system. It also branched out from pipelines, adding gas extraction to its operations. (In the natural gas industry, extraction means the removal of products such as propane and butane from the gas stream.) The company established its first gas extraction plant in Empress, Alberta. In 1967, Trans-Canada extended the Canadian Mainline along the Great Lakes in the United States.

In 1972, the company changed the styling of its name to TransCanada PipeLines Limited. Throughout that decade, it focused on supplying natural gas from reservoirs in Canada’s western provinces and northern territories. It kept this focus into the 1980s as the demand for natural gas in Canada increased. In 1987, it made a successful bid for Encor Energy Corp. Inc., the largest shareholder of which was debt-plagued Dome Petroleum.

TransCanada began to sell gas to markets in New York, Connecticut and New Jersey in the 1990s, having secured permits to build connections to these states from the Canadian Mainline.

Merger with NOVA Corporation of Alberta

In the early 1970s, the corporation broadened its base. It eventually added resource development, petrochemicals and manufacturing to its activities. It was renamed NOVA in 1980.

In 1998, NOVA merged with TransCanada, creating the fourth largest gas pipeline company in North America. The combined assets of the two companies were worth $14 billion at the time.

The next year, facing financial troubles, TransCanada changed its strategy to focus on its core assets in pipeline systems and power generation. The company began selling off most of its interests in gas gathering, extraction and processing. In the first decade of the 2000s, it built or acquired interest in several pipelines in the US and Mexico.

In January 2019, TransCanada announced that it was changing its name to TC Energy to better reflect its activities across North America. Shareholders officially approved the rebrand to TC Energy in May 2019. 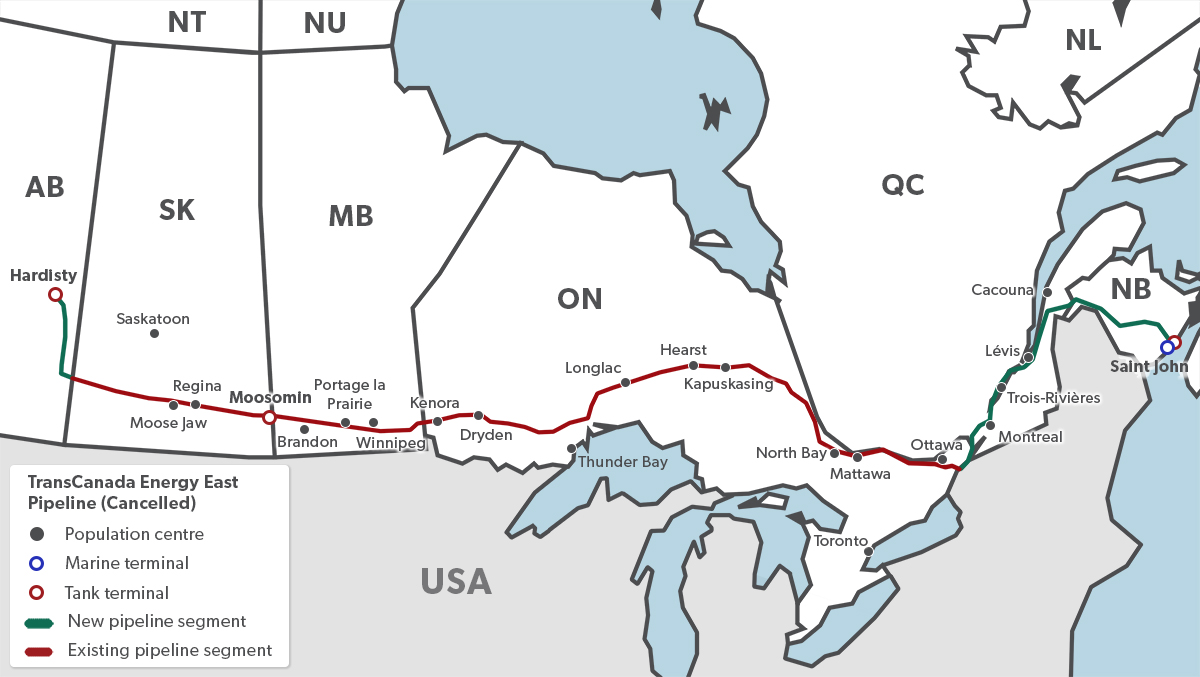 First proposed in 2013, Energy East was TransCanada’s plan for a new pipeline system that would carry some 850,000 barrels of oil each day from Alberta to refineries in Quebec and New Brunswick. The project would have converted existing natural-gas pipeline to carry oil and required 1,500 km of new pipe. The project sparked debate that pitted environmental concerns against economic interests, with communities and political leaders speaking out on both sides. In 2017, TransCanada cancelled Energy East amid costly regulatory delays and a decrease in the price of oil.

TransCanada first proposed the Keystone XL project in 2008. The 1,947 km long crude oil pipeline would have run from Hardisty, Alberta, to Steele City, Nebraska. It would increase the export capacity of the existing Keystone system from 591,000 to 830,000 barrels per day. In Canada, Keystone XL had the support of both the federal and Alberta governments. However, the project was met with opposition from environmentalists, ranchers, and Indigenous communities whose lands the pipeline would cross. (See also TransCanada CEO Russ Girling Interview.)

The construction of the pipeline experienced several delays. Citing the United States’ leadership on climate change, President Barack Obama rejected Keystone XL’s permit in 2015. President Donald Trump issued a permit for the project in March 2017, but the project was stalled when a federal judge in Montana issued an injunction and ordered an environmental assessment. President Trump issued a new permit in March 2019 and the pipeline's construction began in 2020.

On President Joe Biden’s first day in office in January 2021, he cancelled Keystone XL’s US permit. The decision was part of his government’s action on climate change. TC Energy suspended construction and on 9 June 2021, TC Energy and the Alberta government announced the termination of the Keystone XL pipeline.

TC Energy’s Coastal GasLink pipeline will carry Canadian natural gas across northern British Columbia. Its planned route runs 670 km, starting near Dawson Creek and ending near Kitimat. In Kitimat, an export facility owned by a joint venture called LNG Canada will ship the gas to Asia via marine tankers. The pipeline will start with a capacity of 2.1 billion cubic feet of gas per day, with possible expansions to follow. Work to clear and grade the pipeline’s route began in December 2018. TC Energy plans to have Coastal GasLink running by 2023.

In the winter of 2018–19, two checkpoints set up by a group of Wet’suwet’en (see Dakelh) activists to block construction of TC Energy’s Coastal GasLink pipeline through their traditional territories made national headlines. Sympathetic groups held demonstrations across the country in support of the Wet’suwet’en pipeline opponents, 14 of whom were arrested by the Royal Canadian Mounted Police in January 2019. Coastal GasLink is also divisive among the Wet’suwet’en, however, with some hereditary leaders and elected band councils supporting the project.

Public company A company whose shares are traded freely on a stock exchange.

Share A unit of ownership in a company. Individuals who own shares are called “shareholders.” 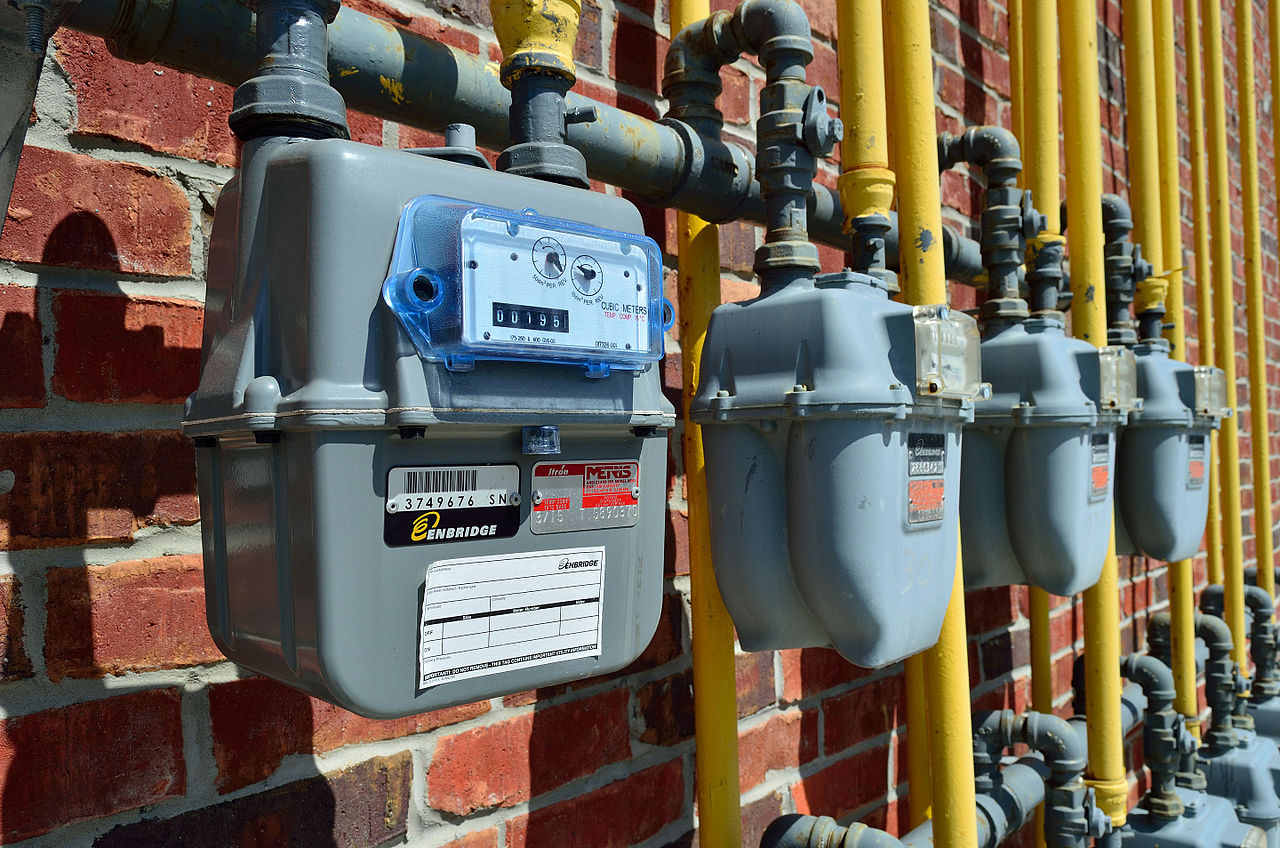 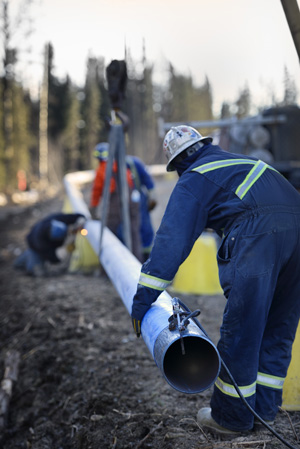 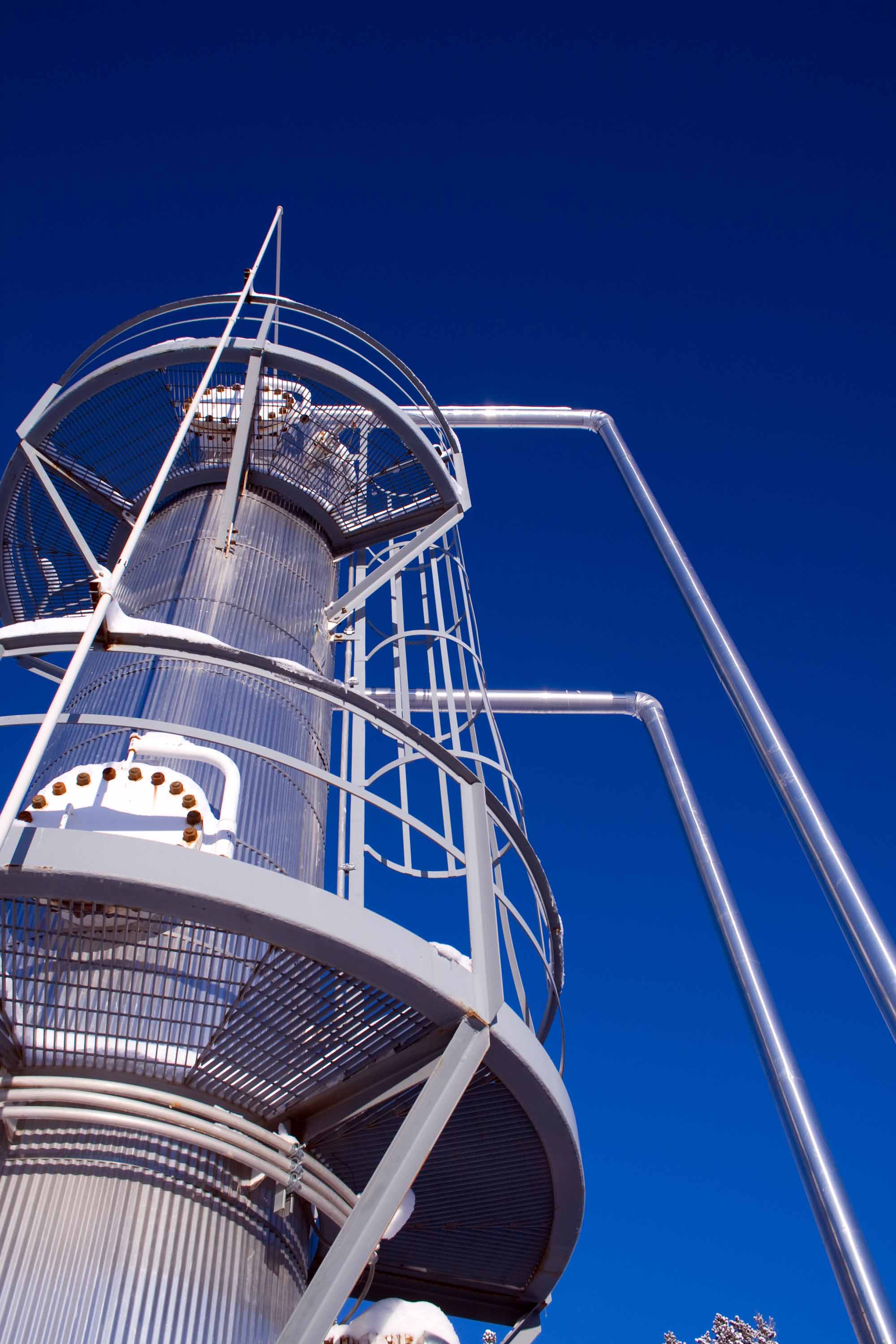