Vilhjalmur Stefansson was the first European person to make contact with the Inuinnait in 1911. In 1940, Ulukhaktok was established as a Hudson’s Bay Company trading post. Originally it was named after nearby Holman Island, which in turn was named for John R. Holman, a member of the Inglefield Arctic expedition (1853─54). In 2006, the name was changed to its traditional name Ulukhaktok (Inuinnaqtun for “where there is material for ulus”). 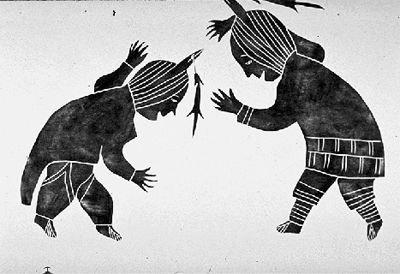 The hamlet is famous as the home of the Ulukhaktok Arts Centre, originally known as the Holman Eskimo Co-operative (formed in 1961). The Centre sells Inuit prints around the world. The Inuinnait were first taught to make prints by Father Henri Tardy, an Oblate who settled in the area in 1948. Although Inuinnait residents trap, hunt, fish and seal, printmaking has become the major source of income. Famous Ulukhaktok artisans include HelenKalvak, AgnesNanogak and Elsie Klengenberg.

North of the Arctic Circle, Ulukhaktok takes advantage of the continual sunlight in the summer by hosting a three day, 24-hour golf tournament each July. The hamlet’s golf course is the most northerly golf course in North America. 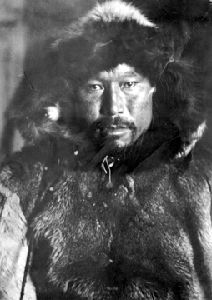