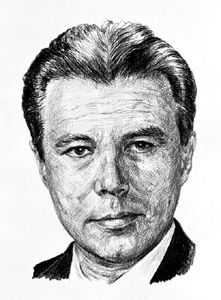 
Helava trained as a surveying engineer in Finland and came to Canada in 1953 as a research fellow in photogrammetry at the  National Research Council. By 1957, he had patented a method of using computers to produce maps from aerial photographs automatically corrected for the curvature of the Earth and atmospheric distortion. The first prototype was built in 1963 using the analogue computer then available, and Helava left Canada to promote his invention. About 70 plotters were built by an Italian-American partnership, chiefly for military clients.

In the late 1970s, digital microcomputers made the Helava system much cheaper; several hundred plotters were built in the following years. Because of its affinity with other technologies (e.g., digital transmission of photographs from orbiting satellites), the Helava system was a leading map-making technology in the late 20th century. (See also History of Cartography in Canada.)

In honour of the inventor, the International Society for Photogrammetry and Remote Sensing has presented the U. V. Helava Award annually since 1998 for the best paper published (in English) in the society’s journal.