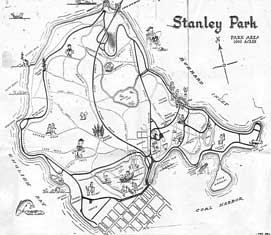 This 1960s map of Stanley Park describes it as “the world's finest park” an unlikely locale for a gruesome murder.

Stanley Park is Vancouver’s pride and joy, a delightful spot for residents and tourists, so the discovery of brutally murdered children in one of its most peaceful spots sent shockwaves through the city.

Near the tiny bodies was a little blue tin lunchkit and a broken hatchet that was determined to be the murder weapon. The medical examiner identified the children as a five-year-old boy and seven-year-old girl. Decades later, DNA examination showed them to be brothers, though not twins. The misidentification hampered the investigation, since the police were not looking for two missing boys. Since the children were apparently killed in 1947, there was plenty of time for the murderer to have fled the region. 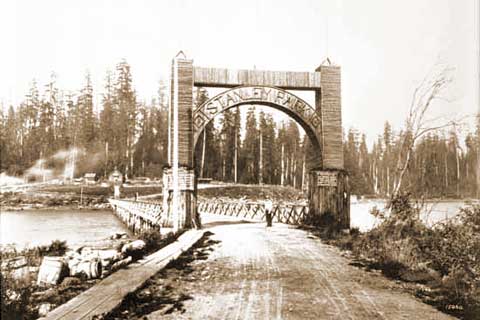 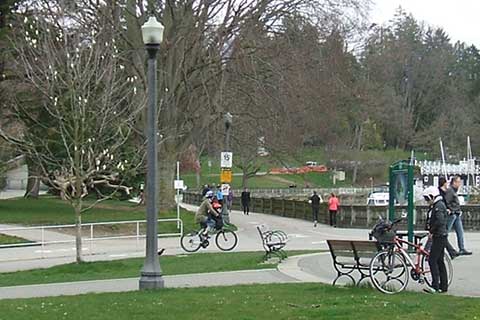 The pedestrian entrance to Stanley Park as it is today.
PreviousNext

The case tormented the police for years. The fur coat cast suspicion on a female killer, and determined investigators pursued suspects into dead ends. One police sergeant, who picked up the pursuit as a cold case over forty years later, discovered that the childrens’ remains were on display in the Vancouver Police Museum. He had them cremated and their ashes scattered off Kitsilano Point, with the police chaplain present.

The murder appears on as a recurring motif in Tim Taylor’s popular 2001 novel Stanley Park.