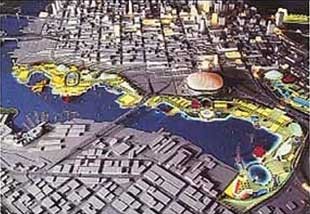 This planning model for Expo 86 shows how the exhibition site spread across the reclaimed industrial property on the north and east shores of False Creek. 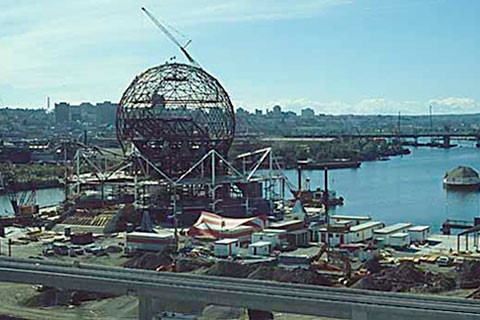 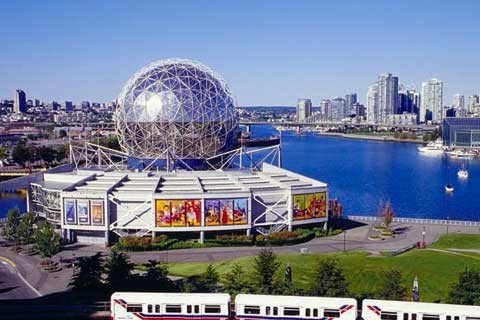 Expo 86 was an international exposition that celebrated Vancouver’s 100th birthday. The fair attracted more than 22 million visitors, making it the largest special-category exposition ever held. Built at a cost of $1.5 billion, it featured 65 pavilions, a midway and even its own five-kilometre monorail. Planners expected it would attract world attention to the city, along with millions of dollars of economic spinoffs.

Science World, a family oriented science museum, opened its doors in a storefront on downtown Granville Street in 1982. It moved into the renovated Expo Centre once the fair was over.

Following Expo 86 the site of the fair was sold to a Hong Kong developer. The pavilions came down and up went a forest of highrises. The seawall walk around the edge of False Creek connects with the pathway that leads all the way around Stanley Park to Burrard Inlet.