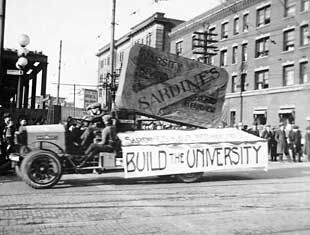 A student float drives through downtown Vancouver at the start of the Great Trek to Point Grey. UBC Historical Photograph Collection. 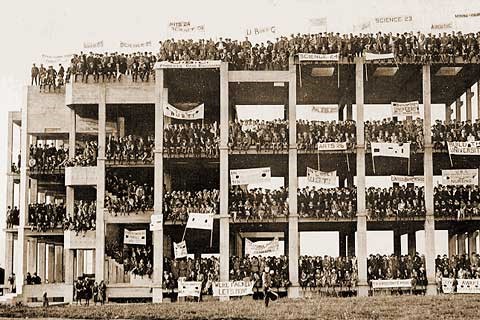 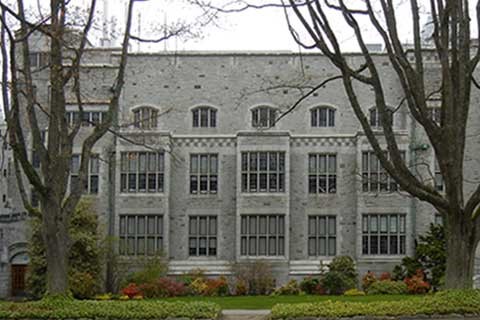 UBC’s Chemistry Building, the oldest on the campus.

Development of a provincial university moved at a snail’s pace. The legislature approved the idea in 1908 and the Point Grey site was chosen two years later, but the First World War brought progress to a dead halt. Meanwhile, students attended classes at the so-called “Fairview Shacks”, a set of overcrowded buildings near the present Vancouver General Hospital.

Once the war ended, the government stalled the project until finally students lost their patience. On October 28, 1922 they staged a huge downtown rally in support of a new university, then piled into streetcars to head out to the Point Grey construction site. Arriving at the end of the trolley line, they proceeded the rest of the way on foot along a rough trail through the forest. When they arrived they formed a huge UBC with their bodies and posed for photographers.

The “Great Trek” as it became known, convinced the government that the time had come to finish the job. It authorized an immediate loan to recommence construction. In the autumn of 1925 the first classes began at the present site. Today, the Point Grey campus sprawls across 400 hectares and the university has a student population in excess of 50,000.