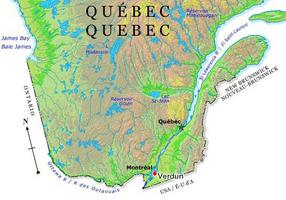 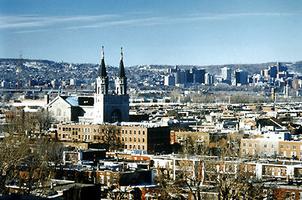 Verdun is one of the province's oldest municipalities. It was founded in 1671 by Zacharie Dupuis, one of the first landholders on the Island of Montréal. He named Verdun after his native village of Saverdun in France. The religious community of Soeur Marguerite Bourgeois inherited his property and changed the name of l'Île St-Paul to l'Île des Soeurs. In 1956, l'Île des Soeurs was integrated into the territory of Verdun.

In the early 1900s Verdun became a densely populated suburb, resulting from industries springing up in Montréal. It resisted annexation by the city of Montréal in the 1930s. The 1970s saw the closure of many of Verdun's industries and unemployment and poverty brought a demographic exodus.

Present Day
The Verdun Economic Forum, created in 1991, has introduced new life into commercial activity and attracted young families by facilitating access to home ownership. One of the Forum's many endeavours includes hosting the Worldwide Kite Rendez-Vous. This event has brought more than 100 000 visitors to the city since 1993.