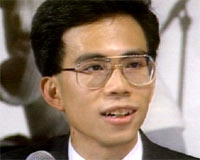 Victor Li was born in Hong Kong in 1964, the eldest son of business magnate Li Ka-shing. His younger brother, Richard, was born two years later in 1966. Beginning in1983, the elder Li was groomed to be his father’s heir, working on real estate projects for his father in Vancouver.

Li attended Stanford University in California, earning bachelor’s and master’s degrees in civil and structural engineering in 1987. In the same year, his father furthered his Canadian business endeavours by purchasing Husky Oil and Gas in Alberta, and developing Pacific Place in Vancouver in 1988.

Li’s career, following his time at Stanford, began with developing the Expo 86 site in Vancouver and sitting as a director on the board of Husky Energy Inc., which is a Canadian subsidiary of Cheung Kong Infrastructure Holdings Ltd. (CKI) — an infrastructure conglomerate and the family’s core business. In 1993, Li returned to Hong Kong to work for his father at CKI headquarters.

Husky Energy’s performance through the early 1990s was poor but improved in the latter part of the decade. In 1995, Li became deputy chairman of Hutchison Whampoa — another Li business with multinational interests including real estate, telecommunications and energy — and executive director in 1999. In 2000, Li was named co-chairman of Husky Energy.

Li was also a director at Hopewell Holdings from 1991 to 2002, a Hong Kong–based company where Cheung Kong held a minority stake. Li ended up resigning from the post due to an argument between his father and Hopewell’s chairman.

In 1996, Li was appointed chairman of CKI. In 2002, Li was named chairman of CK Life Sciences International, CKI’s pharmaceutical arm and one of the conglomerate’s most profitable business units.

Heir to His Father’s Empire

Li’s famous business magnate father always had very public plans to pass the reigns to his son who had been groomed as heir for decades. At a shareholder meeting in May 2012, Li was appointed as his father’s successor, and in July he took a controlling stake of an empire valued by Forbes magazine at US$25.5 billion.

Li undoubtedly had big shoes to fill, as he did not possess the charismatic nature of his father, essential in deal making. However, he contributed other qualities to the business. Besides reportedly championing two of his father’s blockbuster technology deals — early-stage investments into Facebook and Skype — Li is also considered to be more strategic and risk conscious in comparison to his father.

In 2003, Air Canada declared bankruptcy due to the SARS outbreak in Canada and Hong Kong. As the airline’s long haul flights from Canada to Hong Kong are among the company’s most lucrative, the travel advisories against the two countries weighed heavily on Air Canada’s bottom line.

Seeing opportunity, Li put in a bid of $650 million for a 31 per cent controlling stake in the airline. Li won the bid and in 2004 a Canadian judge approved the deal, causing many to hail Li as having saved the airline. However, the deal became shaky over a union dispute. When the union, airline and Li’s investment firm Trinity Time Investments Ltd. had not reached an agreement by the deadline, Li and his company withdrew their offer.

Li currently lives with his wife, Cynthia Wong, and three daughters in a modest two-storey home in Hong Kong. The residence is shared with his father, who lives on his own floor. His brother, Richard, is the chairman of Hong Kong telecommunications company PCCW Ltd., formerly Hong Kong Telecom.

A version of this entry originally appeared on Historic Canada’s Asia/Canada website. 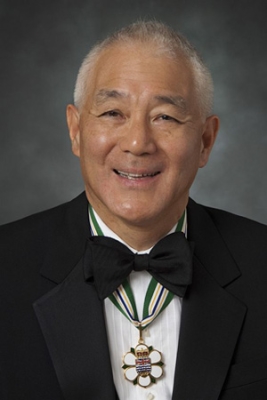