Vincent de Paul Warren, dancer, teacher, historian, lecturer, archivist (born in Jacksonville, Florida, on 31 August 1938; died on 25 October 2017). During his 18 years with Les Grands ballets canadiens (Les GBC), Vincent de Paul Warren became one of the most accomplished and versatile dancers in the company's history and a star in his own right. His noble looks and refined dancing made him an ideal interpreter of classical roles from the traditional story-ballet repertoire, yet he equally excelled in contemporary works, a number of which were choreographed, particularly by Fernand Nault and Brian Macdonald, to highlight Warren's talent. In 1965 Warren appeared in Norman McLaren's historic experimental dance film Pas de deux, as well as in many television broadcasts of Les GBC, notably including Adieu Robert Schumann, created for him as a farewell vehicle by Macdonald.

Vincent de Paul Warren trained widely with leading ballet and modern-dance teachers in the US and became adept in both styles. He danced with New York's Metropolitan Opera Ballet (1957-59) and other companies before joining Les GBC in 1961, where, except for a season with the Théâtre français de la danse in Paris and the Cologne Opera Ballet, he remained until 1979. After retiring from the stage Warren became a teacher at the company's associated school before concentrating his attention on the development and maintenance of its now large library and archive of dance books, documents, videos and related materials. He became its official curator in 1989. Warren is renowned for his encyclopedic knowledge and understanding of dance and its history, and remains a popular lecturer and panellist. He has also worked with a number of dance service organizations and is former president of Le Regroupement Québécois de la danse and of the now defunct Dance in Canada Association. In 2004 he was appointed a Member of the Order of Canada.

Vincent de Paul Warren retired as curator of La Bibliothèque de la Danse at the École supérieure de ballet contemporain in 2008. In 2010, the library was renamed Bibliothèque de la danse Vincent-Warren in honour of his years of dedication to both the library and the school. Les météores: Vincent Warren, un temps en mouvements, a compelling documentary by Marie Beaulieu about Warren's life in dance, premiered in 2011. 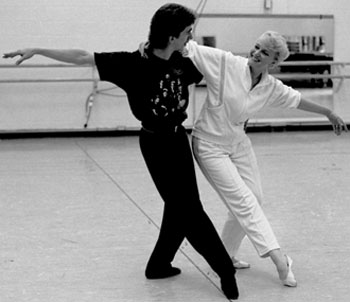 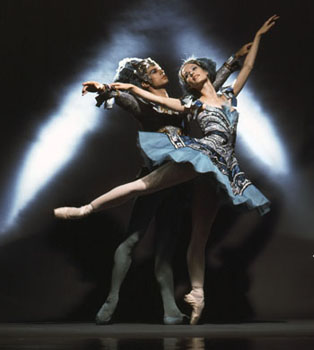