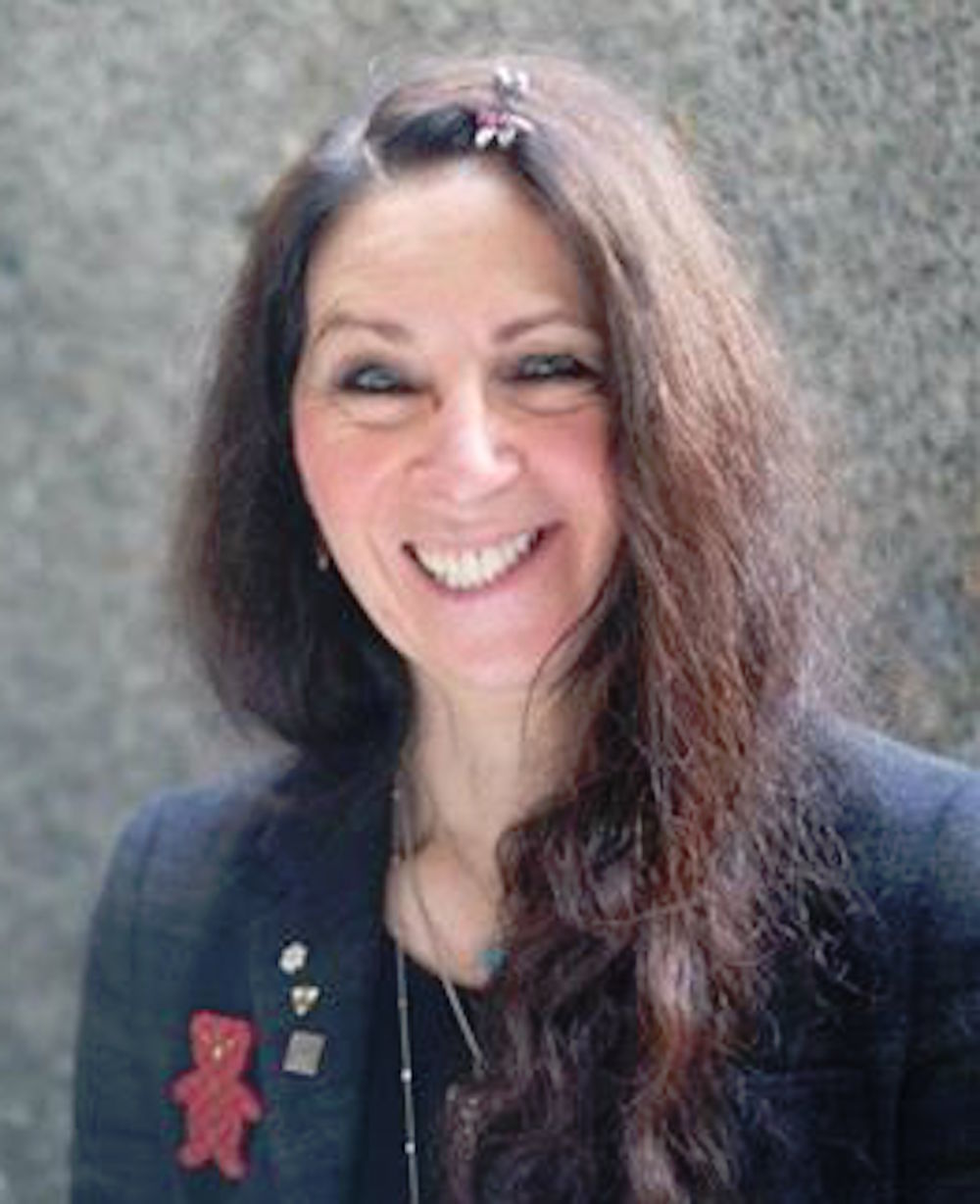 Ydessa Hendeles was the only child of Jacob and Dorothy Hendeles, both Polish Jews who survived  Auschwitz, a Nazi concentration camp (see Canada and the Holocaust). Like millions of Eastern Europeans, especially Holocaust survivors, they were left without a home to return to after the Second World War. Together with other family members, Jacob and Dorothy settled in Marburg, a relatively intact German city in the American Zone of Occupation, where Jacob established himself in business. The family immigrated to Canada in the spring of 1951 with their two-year-old daughter.

The Hendeles family settled in Toronto, where Ydessa’s father started a commercial real estate business that would eventually make the family wealthy. As the child of Holocaust survivors, Hendeles was brought up with a sense of trauma and loss that would deeply inform her career as an art collector, curator and artist. As she noted in a 2002 interview with   Canadian Art, the knowledge never escaped her that she was “part of a generation that wasn’t supposed to exist.”

The real estate business that Ydessa’s father started in Toronto eventually made him a fortune. This would give Ydessa the financial freedom to open her first gallery, the Ydessa Gallery, and to enter the world of contemporary art collecting (see also  Art Dealers). 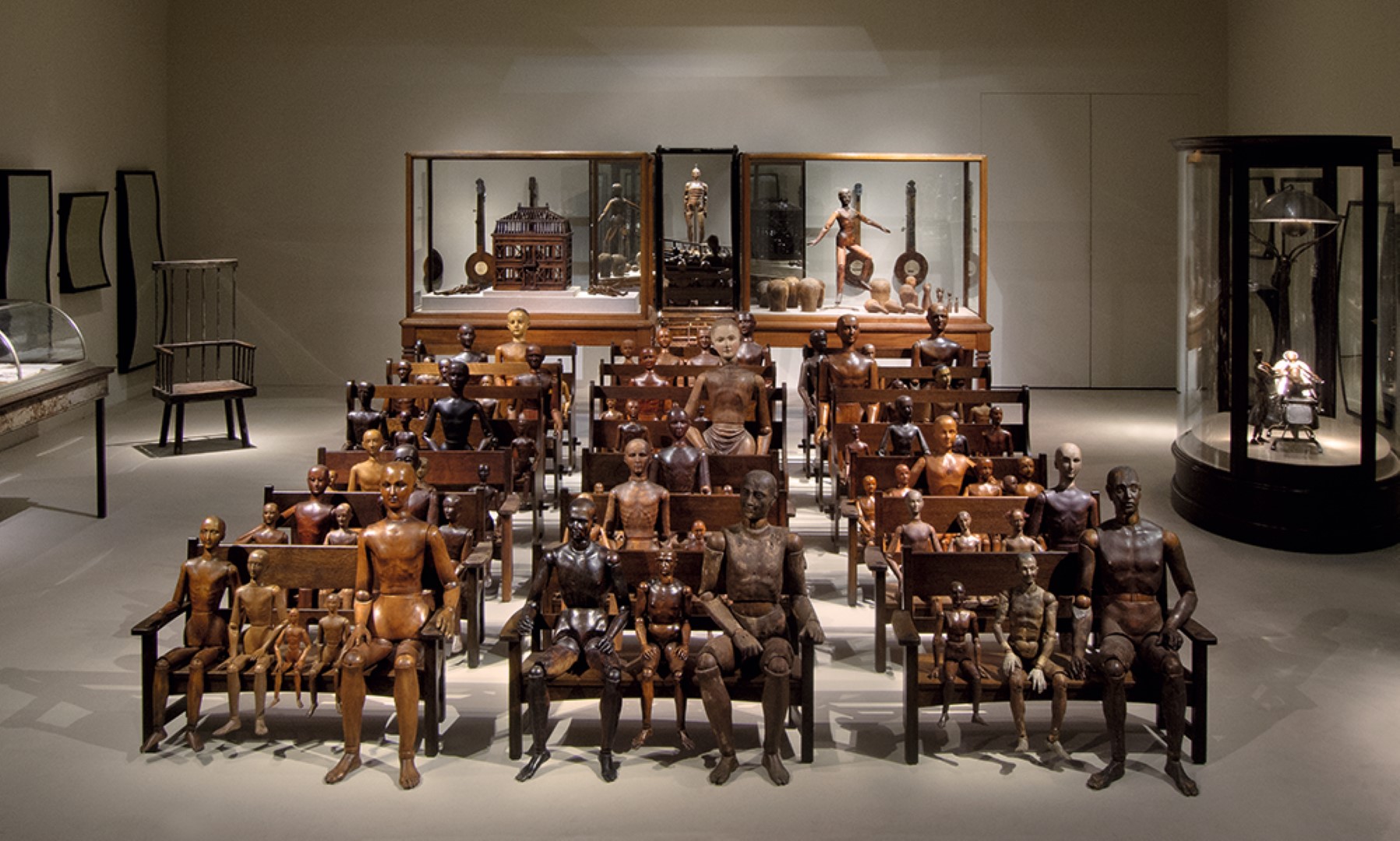 After working as a designer of domestic kitchens and bathrooms for Salvarani Kitchens in Toronto in 1980, Hendeles opened the Ydessa Gallery, a commercial art gallery on Queen Street West in Toronto. She ran the gallery for eight years, presenting more than 60 exhibitions. She helped launch the careers of several now internationally acclaimed artists, such as Kim Adams, Sandra Meigs, Jana Sterbak,   Jeff Wall, Rodney Graham and Krzysztof Wodiczko. She shut down the gallery in 1988 to establish the Ydessa Hendeles Art Foundation, a unique art space in Toronto where she curated exhibitions from her collection of Canadian and international contemporary art.

“After eight years as a gallerist,” Hendeles said in a 2012 interview with Flash Art magazine, “I decided to forego the private sector commercial side of my involvement and become a collector, but one who acquired art expressly for the purpose of making public exhibitions. I was responding to what I perceived as a need — in Canada for sure, but also in the world at the time. In 1988, collecting art and showing it was an act of philanthropy that supported artists. Establishing the foundation was a tangible statement of my commitment to the importance — indeed, the civilizing effect — of the contemporary art experience.”

Located in a converted uniform factory on King Street West in Toronto, the Ydessa Hendeles Art Foundation soon became one of the most intriguing galleries on the contemporary art scene. The first exhibition, in 1988, featured 12 works by the French artist Christian Boltanksi. Like Hendeles, Boltanksi was born near the end of the Second World War to European  Jewish parents. His site-specific piece, Canada, featured a small, steep-walled room draped from top to bottom with old clothes, an allusion to the name of a room in Auschwitz where clothes were sorted and kept. Hendeles’s mother, Dorothy, had vivid recollections of this room.

These layers of biographical connection and metaphor between artist and curator, content and location, are typical traits of Hendeles's idiosyncratic and evocative way of presenting exhibitions. “What is at stake is the intellectual connective tissue joining work to work, exhibition to exhibition,” Richard Rhodes wrote in Canadian Art in 1993, praising the originality of Hendeles’s curatorial style. “It eschews the conventional museum model that sees objects and exhibitions organized around expository presentations of changing historical and formal types, or topical public themes.” 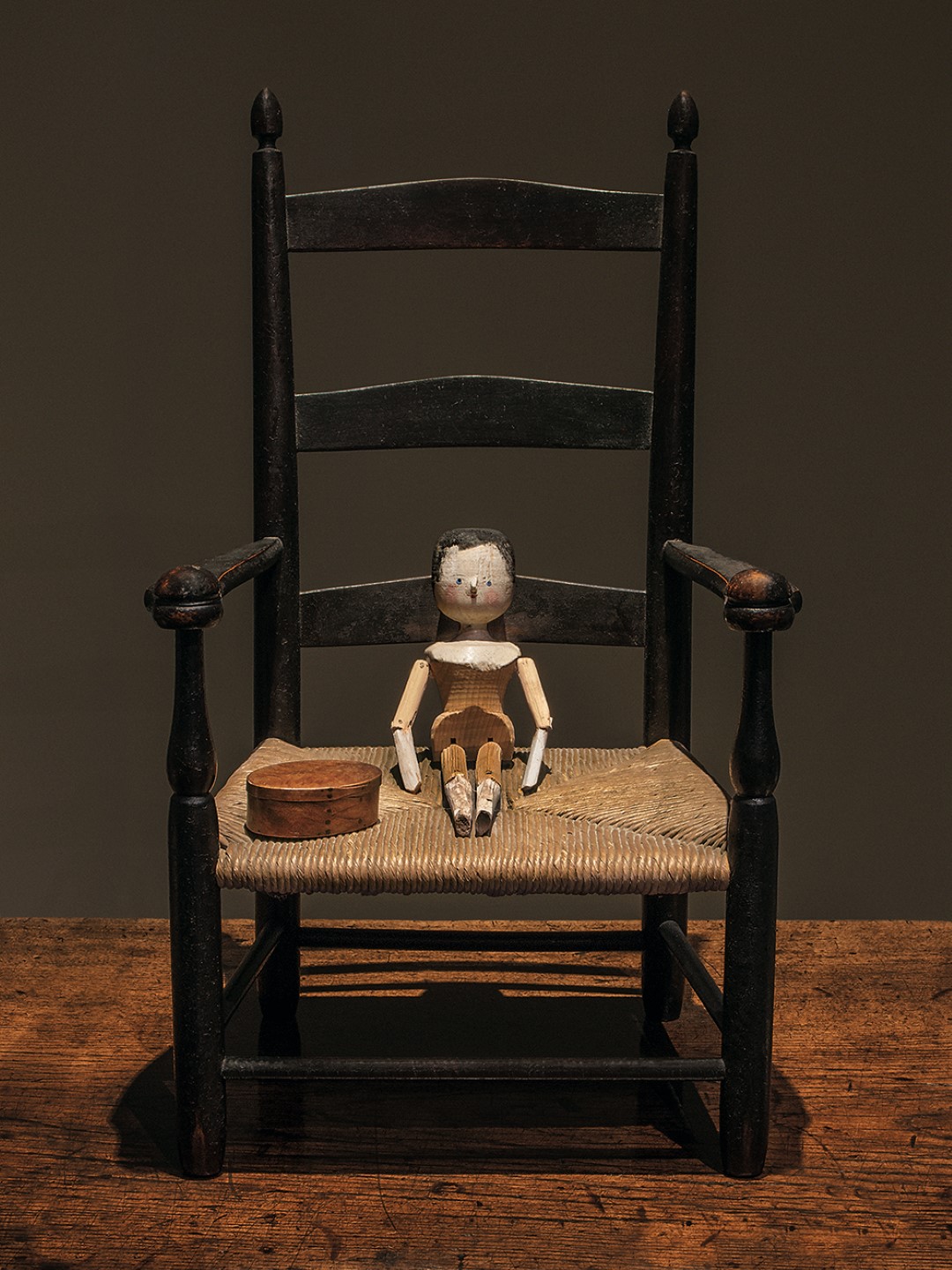 From Curator to Solo Artist

Hendeles began to integrate her own artworks into exhibitions at the Ydessa Hendeles Art Foundation in the early 1990s and later on in international shows. In 2003, she guest-curated Partners, a show held in Munich at Haus der Kunst — a museum originally built under Hitler’s orders that opened on 18 July 1937, with the Nazi-sanctioned Grosse Deutsche Kunstausstellung (Great German Art Exhibition). Hendeles’s show was in full-fledged dialogue with the historically charged location: it featured Italian artist Maurizio Cattelan’s Him — a shrunken but realistic sculpture of a kneeling Hitler; American artist Paul McCarthy’s grotesque, cartoonish sculpture Saloon; photographs of an execution in Vietnam and a monk’s self-immolation; and her own installation Partners (The Teddy Bear Project).

First shown at the Ydessa Hendeles Art Foundation, Partners (The Teddy Bear Project) consists of over 3,000 vintage photographs of various people posing with teddy bears — children, prostitutes,  prisoners, politicians, sports teams. The photographs, which Hendeles primarily purchased from eBay, were framed and crowded together in a room from floor to ceiling. “I was touching on unconscious needs,” Hendeles said in a 2016 interview with the New York Times, about the origins of the project. “I’m keeping other people’s memories.”

Partners (The Teddy Bear Project) was remounted in Noah’s Ark by the National Gallery of Canada (2004); in  10,000 Lives, the 2010 Gwangju Biennale, South Korea; and in The Keeper (2016), a group show curated by Massimiliano Gioni at New York’s New Museum of Contemporary Art.

Hendeles’s first solo show for a public museum, From her wooden sleep… was exhibited at the Institute of Contemporary Arts in London, England, in 2015, and curated by Philip Larratt-Smith. The show centres around 150 wooden manikins that Hendeles collected, dating from 1520 to 1930, and ranging from life-sized to doll-sized. “The exhibition opens many questions of social formation,” wrote Elizabeth Legge in Canadian Art, “of inclusion and exclusion, of difference and resemblance, of community and oppression, of the power of surveillance, of conformity and appraisal and of troubled individual and cultural recollections of the past, conceived as a historical childhood.” The work was subsequently augmented and remounted for the Helena Rubinstein Pavilion for Contemporary Art at the Tel Aviv Museum of Art in Tel Aviv, Israel in 2016. 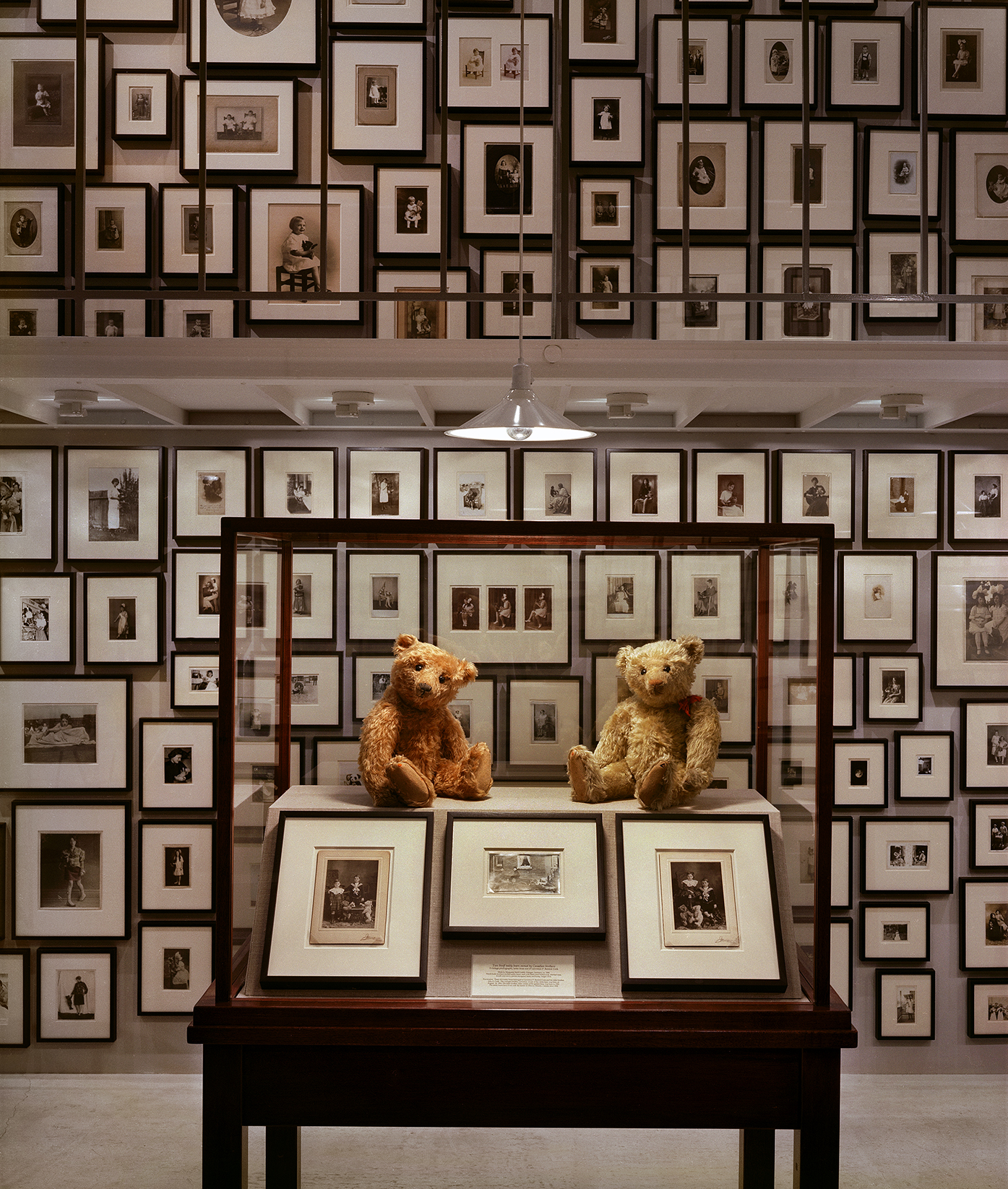 In 2001, Ydessa Hendeles endowed a lecture series for the Department of Fine Art (now the Department of Art) at the University of Toronto. She has made multiple donations of artworks to a variety of Canadian institutions, including the National Gallery of Canada, the  Vancouver Art Gallery, and the Art Gallery of Ontario (AGO). Her donation of 32 works of international and Canadian contemporary art to the AGO in 2009 represents the most significant single gift of contemporary art in the gallery’s history.

In October 2012, the Ydessa Hendeles Art Foundation closed its exhibition space in Toronto.

A member of the International Councils of both the Museum of Modern Art in New York and the Tate Gallery in London, England, Ydessa Hendeles has been repeatedly named by ARTnews magazine as one of the 50 most important people in the contemporary art world (she was the only Canadian on the list). In 1995, she was chosen by American Photo as one of the 50 most important collectors in the world. In 1996, her exhibitions Projections and Portraits were included by Artforum in its list of best exhibitions of the year. Her exhibition, Same Difference, won two awards of merit from the Ontario Association of Art Galleries in 2003, one for best Exhibition of The Year and the other for Best Exhibition Design and Installation.