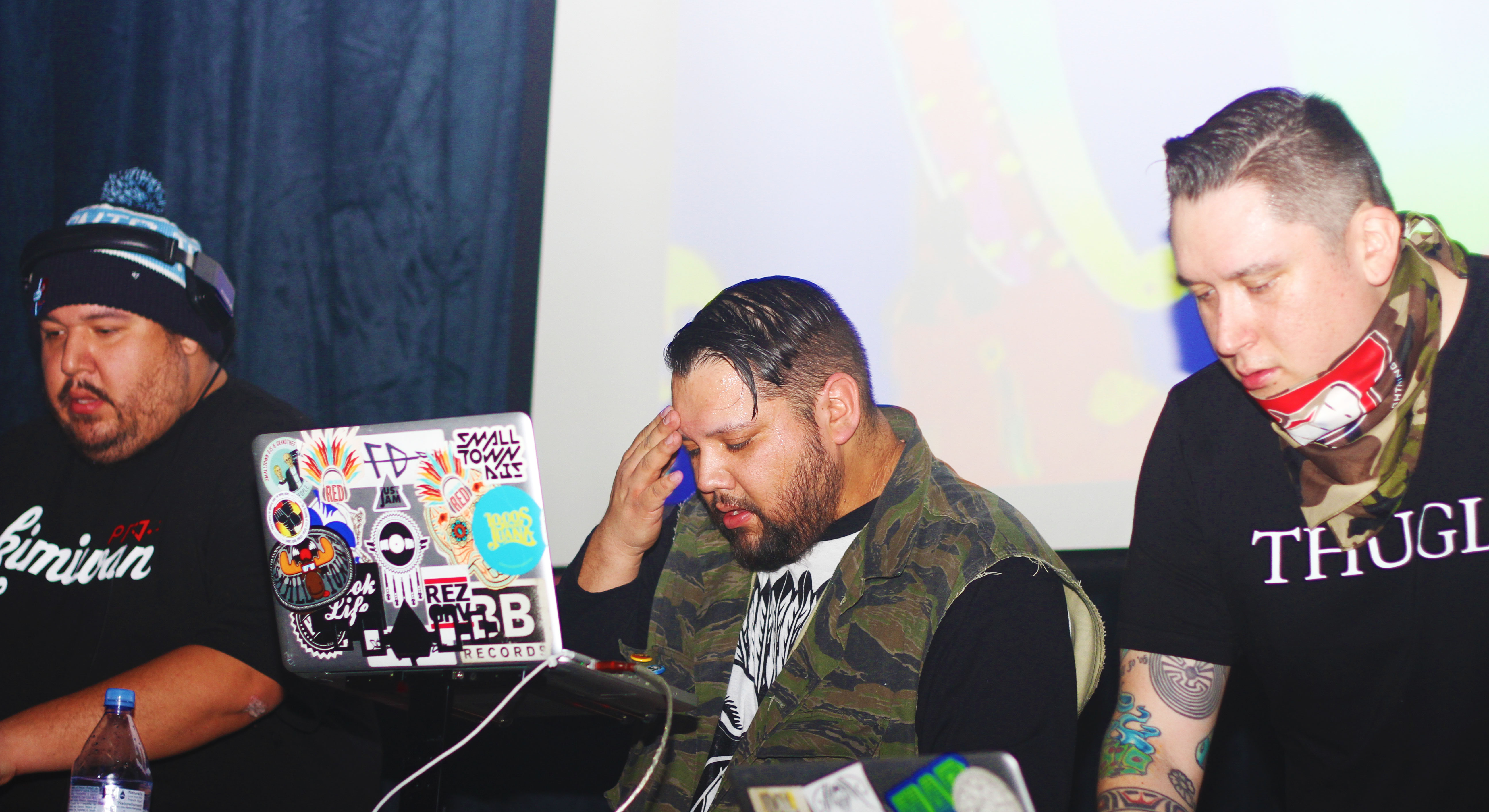 Electronic group The Halluci Nation (previously known as A Tribe Called Red) has garnered international acclaim for its politically charged, powwow drum-driven dance music. Featuring the DJs Bear Witness (Thomas Ehren Ramon) and 2oolman (Tim Hill), the group emerged from an Ottawa club party called Electric Pow Wow, which began in 2007. Former members include DJ Shub (Dan General), and founding members DJ NDN (Ian Campeau) and Dee Jay Frame (Jon Limoges). The group has described its “powwow step” music as “the soundtrack to a contemporary evolution of the powwow.” ATCR is part of what broadcaster and educator Wab Kinew has called the “Indigenous Music Renaissance,” an innovative new generation of Indigenous artists in Canada. The group was nominated for the Polaris Music Prize in 2013 and 2017, and has won three Juno Awards, including Breakthrough Group of the Year in 2014 and Group of the Year in 2018.

Arion Male Voice Choir. Possibly Canada's oldest existing male choir devoted to the singing of secular music. It was founded in February 1893 (with initial, informal activities beginning in 1892) as the Arion Club of Victoria (BC) and gave its first concert 17 May 1893 at Institute Hall.

People in tuxedos fighting over hot dogs. That's the indelible image Win Butler and Régine Chassagne took home from their first trip to the Grammy Awards back in 2006. Their group, Arcade Fire, had received two nominations.

With his straggly, shoulder-length hair, torn blue jeans and red sneakers, Greig Nori doesnt look like the sort of man to be wined and dined in elegant restaurants by smooth-talking business executives.