Thanadelthur (Chipewyan for “marten shake”), peace negotiator, guide, teacher, interpreter (born c. 1697 likely in present-day northern MB; died 5 February 1717 at York Factory, MB). Known as the Ambassadress of Peace, Thanadelthur negotiated peace between the Chipewyan (Denesuline) and Cree peoples during the early fur trade. She was also instrumental in creating ties between the Chipewyan people and the Hudson’s Bay Company, as well as expanding the fur trade in today’s Churchill, Manitoba region. 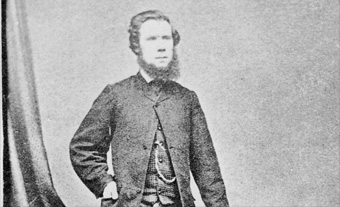 Patrick James Whelan, convicted murderer, tailor (born c. 1840 near Dublin, Ireland; died 11 February 1869 in Ottawa, ON). Whelan was arrested for the April 1868 assassination of Member of Parliament and Father of Confederation Thomas D’Arcy McGee. He was convicted in September 1868 and sentenced to death. The authorities suspected that Whelan carried out a Fenian conspiracy to murder McGee and promptly arrested him within 24 hours of the murder; however, it was never fully proved that Whelan was acting as a Fenian sympathizer. Whelan maintained his innocence throughout his trial and until he was hanged publicly in Ottawa in early 1869. There is room for reasonable doubt as to whether Whelan did in fact murder McGee or was simply part of a group of people who did. McGee was the only federal politician to be assassinated, and Whelan one of the last people to be hanged publicly in Canada.