Pitseolak Ashoona, CM, artist (born between 1904 and 1908 on Nottingham Island (Tujajuak), NWT; died 28 May 1983 in Cape Dorset, NWT). Among the first generation of Inuit printmakers, Pitseolak Ashoona was born en route from Nunavik in arctic Québec to the south coast of Baffin Island (Qikagtaaluk). She is known for her lively prints and drawings, which show "the things we did long ago before there were many white men" and for her imaginative renderings of spirits and monsters.

Jean CHRÉTIEN has always looked back at his six years as minister of INDIAN affairs with an equal measure of fondness and something resembling regret. He has called his work from 1968 to 1974 among the most satisfying of his career. 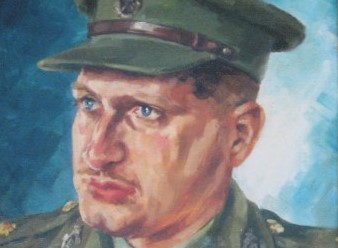 ​Jason D. Harrow, rapper, music producer (born 12 May 1976 in Scarborough, ON). Dubbed “the best-kept secret in Canadian hip hop” by Billboard magazine, Kardinal Offishall played a central role in bringing Canadian hip hop from the underground to the mainstream in the late 1990s and early 2000s.

The North-West Schools Question was a conflict between church and state for control of education in the North-West Territories (now Saskatchewan and Alberta) in the late-19th century. The controversy was similar to other educational crises across Canada, and reflected the larger national debate about the future of Canada as a bilingual and bicultural country.