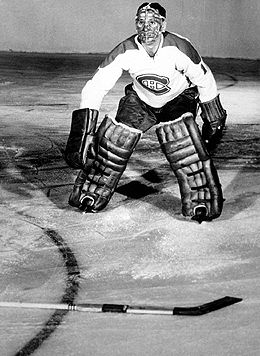 Jacques Plante, hockey goaltender (b near Mont Carmel, Qué 17 Jan 1929; d at Geneva, Switz 26 Feb 1986). He began playing goal for a factory team in Shawinigan and played junior for Québec Citadels before turning professional with Montreal Royals at age 22.

Percy Alfred Williams, runner (b at Vancouver 19 May 1908; d there 29 Nov 1982). As a child Williams suffered from rheumatic fever, which left him with a damaged heart. But just a year out of high school, the 59 kg runner became