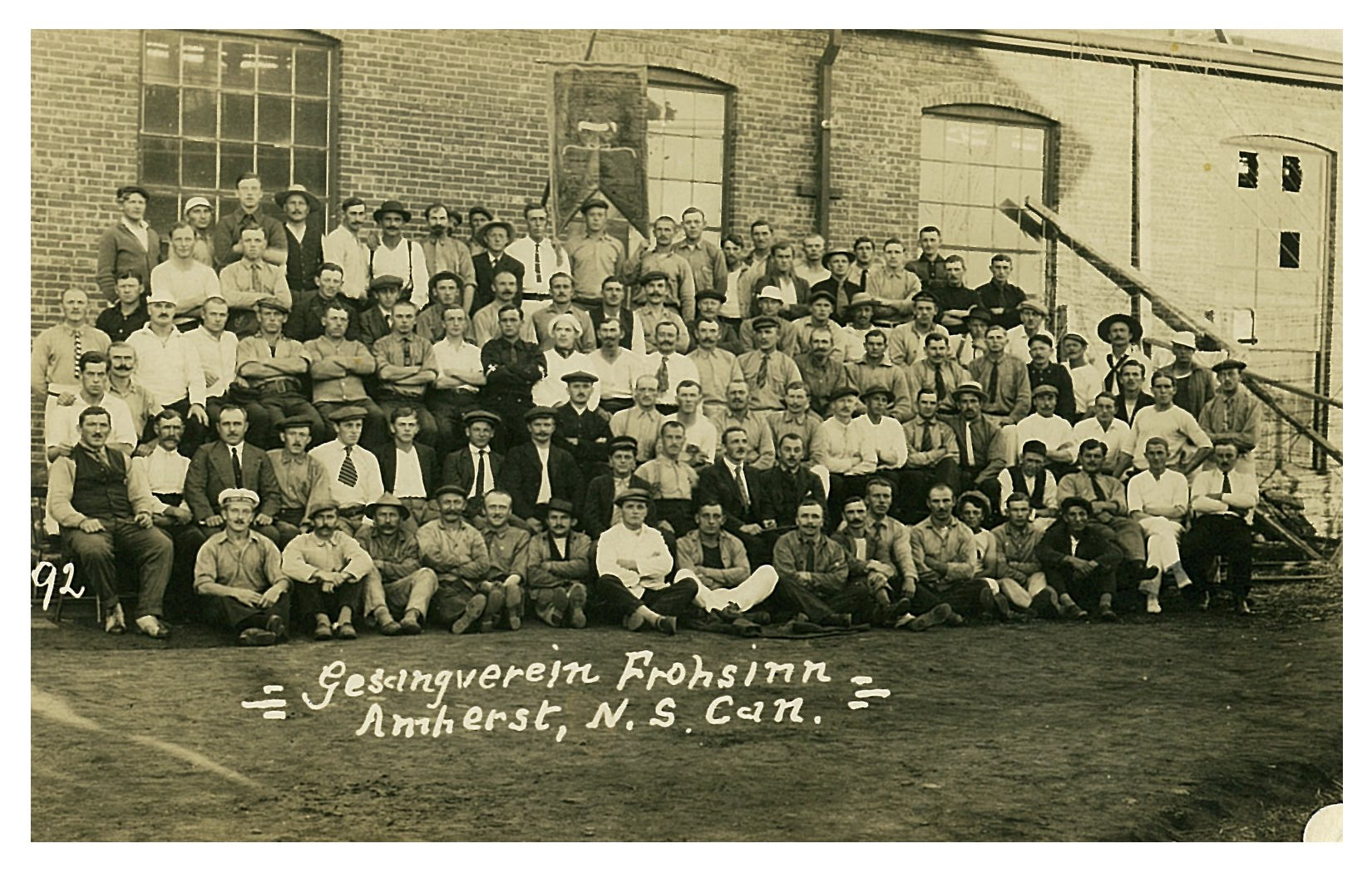 The Amherst internment camp in Nova Scotia was the largest such camp in Canada during the First World War, with a maximum capacity of about 850 men. In total, there were 24 internment camps and receiving stations across the country. While most camps housed “enemy aliens,” the majority of internees at Amherst were German prisoners of war. This included hundreds of German sailors from the SS Kaiser Wilhelm der Grosse, which was sunk by a British cruiser in 1915. Its most famous internee, however, was Russian socialist Leon Trotsky, who was held prisoner at Amherst in April 1917.

The Canadian Pacific Railway (CPR) was founded in 1881. Its primary purpose was to construct a transcontinental railway. It completed the railway in 1885. For the first time in Canadian history, Canadians and Canadian goods could travel from east to west in a short period of time. This was revolutionary. Canadian Pacific Railway, known as CP today, is one of Canada’s most significant companies. It remains one of the most important systems of transportation for the Canadian economy. Every day, CP transports countless varieties of commodities across the nation.

(This article is a plain-language summary of the CPR. If you are interested in reading about this topic in more depth, please see our full-length entry, Canadian Pacific Railway.)

Railways are one of the most important inventions in history. They are one of the most important innovations in Canadian history. Railways connect Canada from coast to coast and from north to south. They are vital to the Canadian economy and society. The first railways in Canada were built in the early 19th century. In 1885, the Canadian Pacific Railway (CPR) completed Canada’s first transcontinental railroad. (See Canadian Pacific Railway (Plain-Language Summary).) Other large railways lines were to follow. By the beginning of the 20th century thousands of kilometres of railway linked Canada.

(This article is a plain-language summary of railway history in Canada. If you are interested in reading about this topic in more depth, please see our full-length entry, Railway History in Canada.)