Brewing in Canada evolved from a household necessity into a commercial industry that, while short lived in New France, grew rapidly under British rule. From its regional roots to national consolidation and the rise of the craft beer movement, the brewing industry has both shaped and adapted to Canadians’ tastes. Aside from a brief period of Prohibition, it has also been a large, stable source of tax income for governments. In 2016, beer accounted for roughly $13.6 billion of Canada’s gross domestic product, or 0.7 per cent of the economy. The industry employs nearly 149,000 people, or 0.8 per cent of Canadian workers.

Utrecht, Treaty of, an agreement between Britain and France concluded 11 Apr 1713 at Utrecht in the Netherlands as part of the series of treaties ending the WAR OF THE SPANISH SUCCESSION . The treaty recognized Queen Anne as the legitimate sovereign of England and officially ended French support for the claims of the Jacobite party to the British throne. 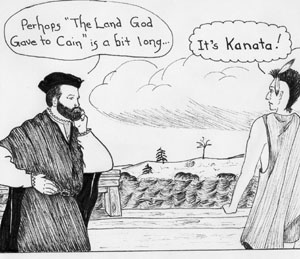 During the Crusades (11th-13th centuries), the European nations felt the need to identify themselves with crosses of various colours, and at the same time to reduce casualties with improved armour.

In Canada Louis-Hector de CALLIERE (1694) was the first to receive the decoration; Louis de Buade de FRONTENAC received it in 1697. The first Canadian chevalier was Pierre Le Moyne d' IBERVILLE (1699). By 1760 some 145 men had been decorated in Canada.

The fleur-de-lys, a symbol of the French presence in North America, has featured on the Québec flag since 1948 and appears on the flags of a number of other French-speaking communities in Canada and the United States.

Located in the southern United States, the state of Louisiana has a population of 4,533,372 according to the 2010 census. Louisiana’s history is closely tied to Canada’s. In the 17th century, Louisiana was colonized by French Canadians in the name of the King of France. In the years that followed, additional waves of settlers came from French Canada to Louisiana, notably the Acadians, after their deportation by British troops in 1755. Today, Louisiana maintains a special cultural relationship with Canada and Quebec in particular.

Saint-Germain, Treaty of, (1632), concluded 29 Mar 1632 at Saint-Germain-en-Laye, France, between Great Britain and France. The agreement restored Québec and those territories in the St Lawrence region which had been captured in 1628-29 by the British, to Louis XIII.

Before the adoption of the maple leaf–designed National Flag of Canada in 1965, Canada, first as a colony and later as a dominion, was represented by a succession of royal flags — the flag of France, the Cross of St. George, the first version of the Royal Union Flag (combining the English and Scottish flags), and, finally, the current Royal Union Flag (combining the British and Irish flags, and also known as the Union Jack).