Simeon Perkins, merchant, diarist (b at Norwich, Conn 24 Feb 1735; d at Liverpool, NS 9 May 1812). He arrived in Liverpool in 1762 and rapidly became the leading local merchant, dealing in fish and lumber, building sawmills and

A newly minted University of Manitoba business school graduate, Marty Weinberg was desperate to get a job. He intended to ask his girlfriend, Gina Frieman, to marry him, and her father, a Hungarian-born Holocaust survivor, was not the type to take kindly to an unemployed son-in-law.
Norris Roy Crump

Norris Roy Crump, railway executive (b at Revelstoke, BC 30 July 1904; d at Calgary 26 Dec 1989). Born into a railway family, Crump began with the CANADIAN PACIFIC RAILWAY as a labourer in 1920, taking time off to study science at Purdue University. 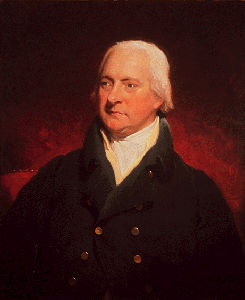 Simon McTavish, fur-trade merchant (b in Stratherrick, Scot c 1750; d at Montréal 6 July 1804). He immigrated to North America at age 13, probably as an apprentice to a merchant. After engaging in the fur trade out of

James Croft. Violin maker and repairer, b Maidenhead, Berkshire, England, 10 Jun 1884, d Winnipeg 4 Sep 1968. Though he moved to Winnipeg in 1904 as an engineer, he had been taught violin making by an uncle at the Hill shop in London, and in 1915 he began building and repairing violins.

Donald Gordon, banker, business executive (b at Old Meldrum, Scot 11 Dec 1901; d at Montréal 2 May 1969). Gordon left Scotland when young and joined the Bank of Nova Scotia, working up through the ranks while attending night school.