A day after his Newfoundland Liberals returned to power, Brian Tobin was still smiling.

In a downtown Toronto hotel last week, 300 trustees and school board staff had gathered for the annual conference of the Ontario Public School Board Association.

A family or child allowance is a monthly government payment to families with children to help cover the costs of child maintenance. The Family Allowance began in 1945 as Canada's first universal welfare program.

Competition policy refers to legislation used by the federal government to eliminate privately imposed restraints on trade and to encourage competition.

Representation by population is a political system in which seats in a legislature are allocated on the basis of population. It upholds a basic principle of parliamentary democracy that all votes should be counted equally. Representation by population was a deeply divisive issue among politicians in the Province of Canada (1841–67). Nicknamed “rep by pop,” it became an important consideration in the lead up to Confederation. (See also: Representative Government; Responsible Government.)

The federal agency now known as Parks Canada was established in 1911 under the name of the Dominion Parks Branch. Charged with administering a small group of parks and reserves, it was the world's first national parks service. 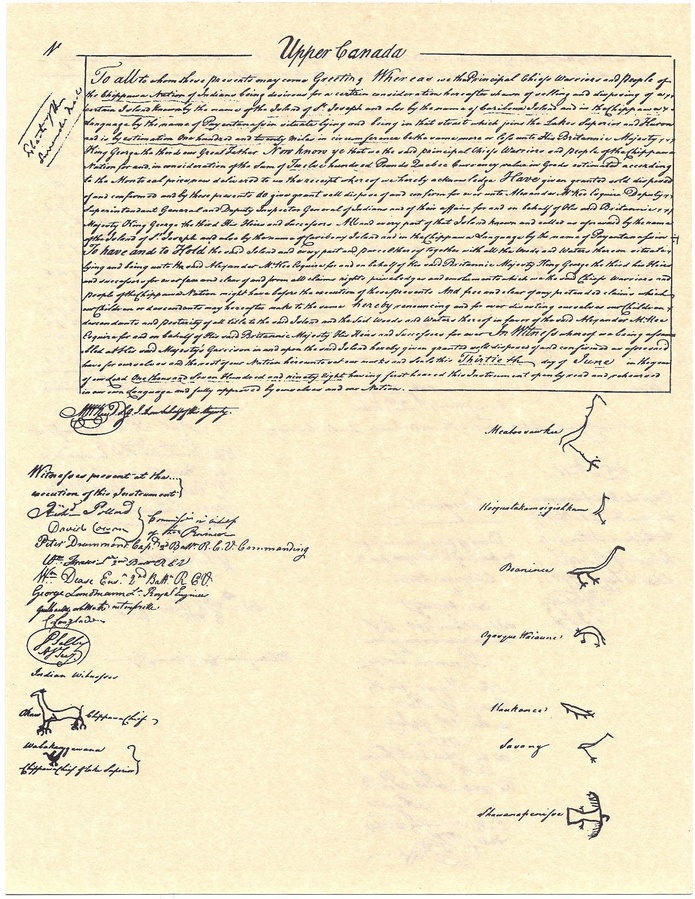 The St. Joseph’s Island Treaty of 1798 (also known as Treaty 11 in the Upper Canada numbering system) was an early land agreement between First Nations and British authorities in Upper Canada (later Ontario). It was one of a series of Upper Canada Land Surrenders. The St. Joseph’s Island Treaty encompassed all of St. Joseph’s Island, known as Payentanassin in Anishinaabemowin and today called St. Joseph Island. The 370 km2 island is situated at the northern end of Lake Huron, in the channel between Lakes Huron and Superior. The British needed a post in the area to protect their interests and maintain contact with Indigenous peoples of the region. The British also realized they would have to evacuate their post at Michilimackinac under the terms of Jay’s Treaty and needed an alternative location.

This article was originally published in Maclean’s magazine on September 29, 1997. Partner content is not updated.

The Canadian Security Intelligence Service (CSIS) was created by Act of Parliament in 1984 as an agency of the Department of the Solicitor General. The agency's first director was Thomas D'Arcy Finn (1984-87), a lawyer and career public servant.

The Library of Parliament came into being when the legislative libraries of Upper and Lower Canada were amalgamated in 1841 and situated in Montréal. In 1849 only 200 of the 12,000 books were saved when an angry mob protesting the Rebellion Losses Bill set fire to the Parliament Buildings.

Andrea April Rush was carrying her three-year-old daughter, Amanda, in one arm and her year-old son, Tomlee, in the other as she plodded through a shopping centre in Columbia, Md.

By her own admission, Susan Whelan was not the logical choice to be Canada's top social worker to the world. A small-business lawyer and daughter of former agriculture minister Eugene Whelan, the MP for Essex, near Windsor, Ont.

Most government leaders like to cloak themselves in the trappings of high office when they call an election.

BELINDA STRONACH'S job in Paul MARTIN's cabinet will last, barring catastrophe, for the life of this minority Liberal government. Perhaps even longer if the Liberals win re-election.