Continentalism is a term used to describe the theory of closer ties (eg, in the form of closer trade links, energy sharing or common water-use policies) with the US.

The Conseil du statut de la femme (CSF), or Council on the Status of Women, is a government consultative and review body that has sought to promote and defend the rights and interests of women in Québec since 1973. It reports to Québec’s Minister of Culture, Communications and the Status of Women.

JENNIFER STODDART IS A DEDICATED public servant who has spent years - first working for the province of Quebec, and since 2003 as the federal privacy commissioner - trying to protect Canadians' personal information from prying governments and greedy businesses.

As soon as she heard the news, Katharina (Tina) Marlatt felt sick, and suspicious. It was the day of the drowning deaths of her former boyfriend Thomas Dewald's two children, Christopher, 12, and Jennifer, 10. They died on Aug.
Corporation Law

A corporation is an artificial entity created by or under the laws of a state. Corporation law (also referred to as company law) is the body of law that governs the formation, governance and dissolution of corporations. The corporation is the dominant form of business organization in Canada. 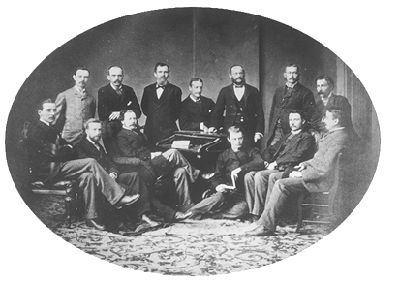 With the exception of Nova Scotia, every province has tabled its 1998-1999 budget.

This week, when Joe Wamback addresses the Commons committee reviewing proposed changes to the Young Offenders Act, he will tell the politicians about the horrific assault that almost killed his son last summer.

The most obvious difference between city politics and federal or provincial politics in Canada is the absence of the major political parties.

The term bureaucracy is traditionally associated with the administration of government and its various agencies.

The birth of his first child can change the way a man looks at things. Stephen Harper had always been a hardline ideological conservative, not given to bending.

This time there will be no push. No false non-aggression pact like the one Brian MULRONEY made with him in the early 1980s while all the while scheming against him.

In a primarily rural society, such as 19th-century Canada, privacy was basically a territorial concept. Today, privacy tends to be defined not only territorially but as the right of individuals to determine when, how and to what extent information about themselves is to be communicated to others.

All levels of government in Canada are involved in regulation.

Fake news is falsified information created with the intent of misleading people. It aims to shape public opinion by eliciting an emotional and biased response that is divorced from facts but in alignment with a particular ideology or perspective. Fake news can effectively weaponize information. It uses disinformation, misinformation or mal-information to demonize or damage a political foe, or to sow confusion and mistrust among the public. Fake news came to the fore of public consciousness during and immediately after the 2016 US presidential election, though its origins date back much further.