This article was originally published in Maclean’s magazine on September 4, 1995. Partner content is not updated.

Ever since she burst onto the late, late-night airwaves in May, 1994, a startling apparition in a flurry of blond ponytails and purple ruffles, the Quebec astrologer has become a celebrity of a distinctly 1990s variety.
Pharmaceutical Industry

The pharmaceutical industry involves companies that research, create, market and sell both generic and brand-name drugs. 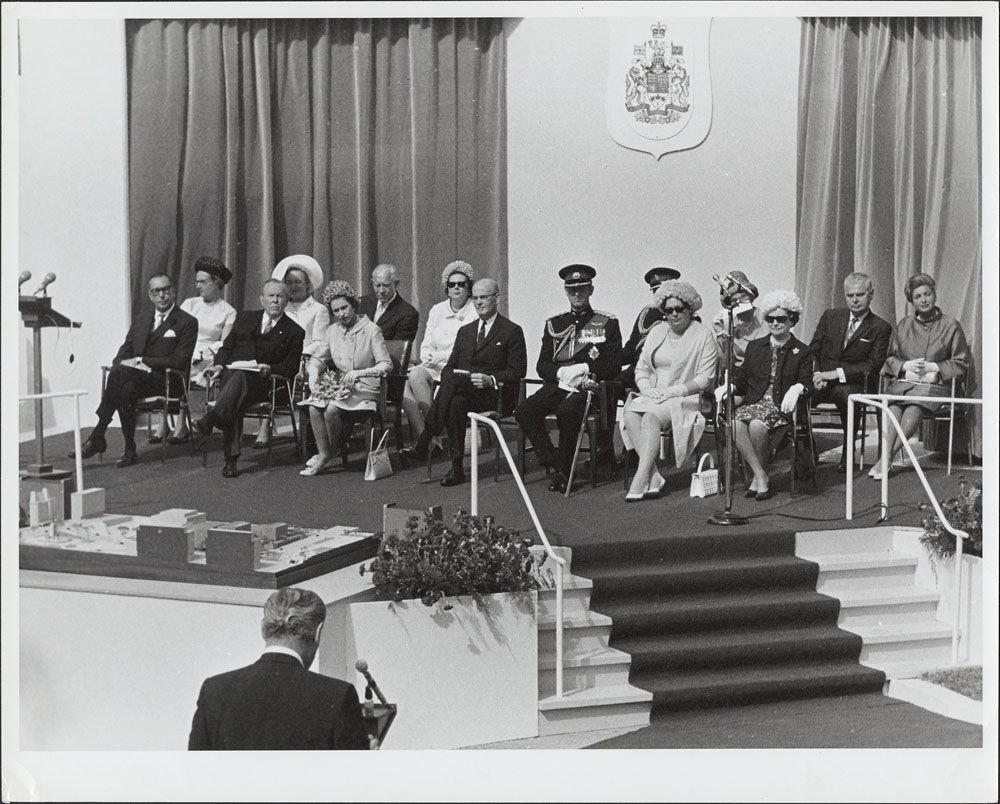 Celebrations, activities and events of all kinds were held across Canada in 1967 to mark the 100th anniversary of Confederation, and promote the country’s achievements, history and cultural heritage. The federal Centennial Commission funded thousands of special events and activities, such as the Centennial Train and Caravans, the Centennial Medal, and numerous music and sporting events across the nation. A focus of Centennial Year was the immensely successful Expo 67 World’s Fair in Montréal, which was visited by 50 million people. In addition, provinces, municipalities, businesses and individuals undertook thousands of events that contributed to a national mood of excitement and optimism.

This article was originally published in Maclean’s magazine on November 27, 2006. Partner content is not updated.

On a bright morning six years ago, through a wind-chopped audio feed sent from the heart of the Nepalese Himalayas, thousands of Canadians listened in on the most important moment of Byron Smith's life. "I'm 30 steps from the summit," he advised in a radio call relayed by satellite to CBC Newsworld.
Aykroyd and the Making of <TV>The Arrow</TV>

Driven to overcome histories of prejudice and marginalization, as women and as people of African descent, Black women are among Canada’s most innovative artists.

With their fingers on the pulse of this multi-tasking, multi-disciplinary, 21st-century culture, the 15 dynamic artists featured in this exhibit — a mix of poets, playwrights, filmmakers, musicians and visual artists — refuse to be limited to one medium or style.

Award-winning poet Dionne Brand is also a novelist, filmmaker and influential professor, while Lillian Allen thrives as a dub poet, declaiming her verses to reggae accompaniment. trey anthony is a comedian as well as a ground-breaking playwright and screenwriter, while d’bi.young anitafrika is an acclaimed actor, dub poet and playwright. All of these women and the many others below are also, in one way or another, passionate activists and committed advocates who are deeply involved in their communities.

For hundreds of years, very few sports were considered appropriate for women, whether for reasons of supposed physical frailty, or the alleged moral dangers of vigorous exercise. Increasingly, women have claimed their right to participate not only in what were deemed graceful and feminine sports, but also in the sweaty, rough-and-tumble games their brothers played. In the 21st century, many previously forbidden sports (e.g., boxing, soccer, rugby) have been opened to female players.

Magazines are paper-covered publications issued at regular intervals, at least 4 times a year.

Hospital-acquired Infections - Are They Avoidable?

Hospital-acquired Infections - Are They Avoidable?

Doctors and nurses in this country are increasingly at war with the very buildings in which they must deliver their most urgent care - our HOSPITALS. One front in this conflict opened in the fall of 2006, when doctors at the Sault Area Hospital, in the northern Ontario steel town of Sault Ste.

They call it "the pop." It's that moment when thousands of fans are jolted screaming to their feet, an involuntary response to some act of unbelievable strength, astounding agility or brute violence. On the football field, the hockey rink, the basketball court - the pop is the product.

This article was originally published in Maclean’s magazine on July 12, 2004. Partner content is not updated.

We're inside Jello, a Montreal club viscous with young Liberals. They've gathered this Saturday night in mid-September for the launch of "iggynation," a series of grunge-bar events designed to bolster youth delegate support for Michael Ignatieff.

Parallels and Contrasts in the Visual Arts and Music: A comparative study of the development of the two sister arts in Canada had not been published, although Maria Tippett's Making Culture (Toronto 1990) reviews broad trends in anglophone Canada from the late 19th to the mid-20th century.