This article was originally published in Maclean’s magazine on August 18, 1997. Partner content is not updated.

If there is a benchmark for evil, in the minds of many Canadians it is Clifford Robert Olson. During the last 40 of his 57 years, Olson has been outside the walls of a prison for barely 48 months. But in that short time, he caused incalculable pain, suffering and injury.
Section 23 and Francophone Education outside of Quebec

Section 23 and Francophone Education outside of Quebec

Section 23 of the Canadian Charter of Rights and Freedoms ensures the right to instruction in French or English to the children of the francophone and anglophone minority communities in all of Canada’s provinces. Section 23 allows francophones to establish French-language school boards in each of the majority-anglophone provinces. Thanks to this key provision of the Charter, francophones outside of Quebec and anglophones in Quebec can pursue their education in their own language.

In this holiest of lands, there is nothing particularly sacred about the intersection of King George and Dizengoff boulevards in downtown Tel Aviv. No prophets are buried on the spot. There are no slabs of ancient rock to be worshipped or fought over.

The Constitution of Canada is the country’s governing legal framework. It defines the powers of the executive branches of government and of the legislatures at both the federaland provincial levels. Canada’s Constitution is not one legal document. It is a complex mix of statutes, orders, British and Canadian court decisions, and generally accepted practices known as constitutional conventions. The Constitution has been in constant evolution from colonial times to the present day. The story of the Constitution is the story of Canada itself. It reflects the shifting legal, social and politicalpressures facing Canadians, as well as their choices as a society.

The RCMP is Canada’s national police force – providing an array of services from municipal policing, to national security intelligence gathering, to the legendary Musical Ride. Despite a series of scandals in recent decades, the RCMP remains one of Canada's most iconic national institutions. 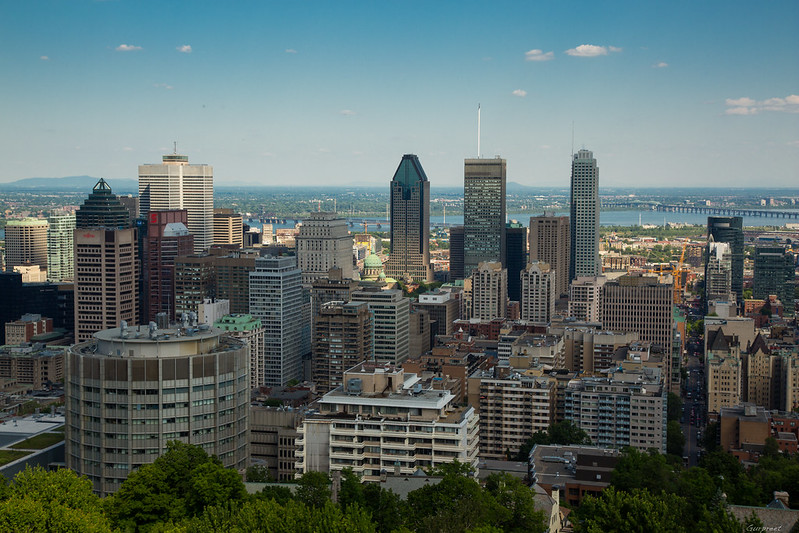 Montreal, Quebec, incorporated as a city in 1832, population 1,704,694 (2016 c), 1,649,519 (2011 c). Montreal is Canada’s second largest city and is home to nearly half of the province of Quebec’s population. It is the metropolis of the province and was the most populous city in Canada for a century and a half. It is located in southwestern Quebec on Île de Montreal at the confluence of the St. Lawrence and Ottawa rivers. Montreal is a major industrial centre, commercial and financial metropolis, railway and maritime bridgehead, and one of the centres of francophone culture in North America. It is one of the world's great cities and enjoys international acclaim.

In the pallid light of a dead winter's morning, the Serbian women of Ilidza come to grieve. Over the graves of their husbands, sons and brothers, their sobs mix with the wind that sighs through the forested hills just outside Sarajevo.

Energy policy comprises government measures concerned with the production, transportation and use of energy commodities. Governments may adopt energy policies to meet goals such as economic growth, the distribution of income, industrial diversification and the protection of the ENVIRONMENT.

Prostitution is the practice of exchanging sexual services for money, or for other needs. Although prostitution itself has never been a crime in Canada, communicating and other activities relating to the exchange have been prohibited.

The two sides are standing, in a more or less orderly fashion, behind the metal barricades. A supporter of Israel steps up on the railing and slowly waves his arm, middle finger extended, back and forth in the air. "Long live Palestine!" a young man shouts in response.

Philosophy, in its original Greek use, meant love of wisdom, both theoretical and practical.