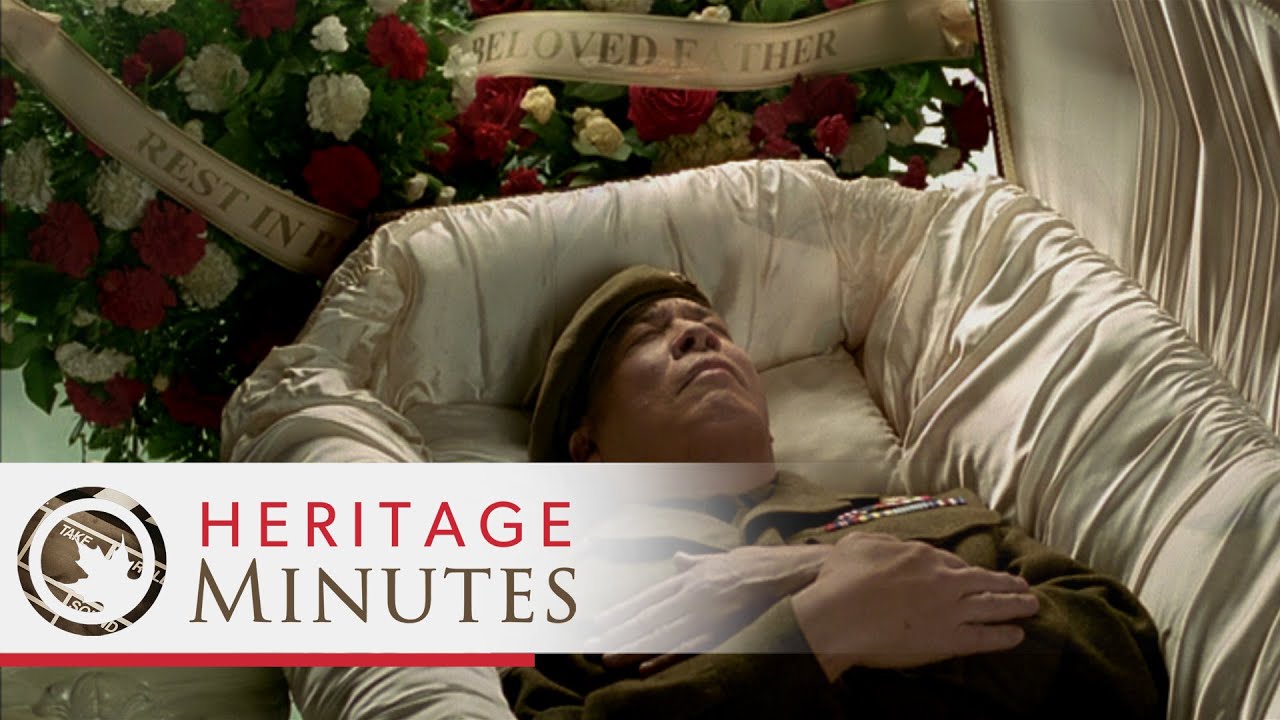 "Don Messer and His Islanders" first appeared on television in 1956. The original show evolved into "Don Messer's Jubilee" and Marg Osburne's folksy-gospel style continued to be popular. In 1960, CFRN TV Edmonton named Osburne the most popular female personality on television.

In 1939, Canada found itself at war for the second time in a generation. As in the First World War (1914-18), thousands of Indigenous soldiers and nurses volunteered for the war effort at home and abroad, serving with distinction in the Canadian army, navy, and air force. At least 3090 First Nations soldiers enlisted in the Canadian military in the Second World War, with thousands more Métis, Inuit, and non-Status Indian soldiers serving without official recognition of their Indigenous identity.

The Rhythm Pals. Country music trio formed in 1946 in New Westminster, BC, by the accordionist and baritone Marc Wald (b Bismarck, ND, 1922), the bass player and tenor Mike Ferbey (b Saskatoon 1926), and the guitarist and tenor Jack Jensen (b Prince Rupert, BC, 1925).

It had ambiguous beginnings, more than 20 participating countries, and still no formal end. But some things are evident. This year, Historica Canada is commemorating this sometimes-forgotten but still-resonant period of our recent history, and Canada’s role therein. Our country sent more than 25,000 members of our military to the Korean “theatre.” More than 500 Canadians died, and another 32 became prisoners of war. For the United States, more than 33,000 members of their military died in combat, along with thousands of others dead or unaccounted for.

Yet even at the height of conflict, US president Harry S. Truman referred to it as a “police action.” This was despite the fact that his country had the largest presence of any of the coalition that joined South Korea against the Communist regime of North Korea and its supporters.

Before 1945, the Korean peninsula was for 40 years part of Japan’s empire. Following Japan’s defeat, Soviet forces moved into the north half of the Korean peninsula, and American forces settled in the south. After the United Nations created a commission to oversee elections, a vote was scheduled in 1948. But only the south was allowed a free vote, so on 15 August, the democratic Republic of Korea (South) was established, along with the separate Communist Democratic People’s Republic of Korea (North). Over the next year, the Soviets and Americans withdrew uniformed forces while leaving “advisers” in place. The result, rather than peace, was civil war. For its part, North Korea had the backing of both the new Communist government of China and that of the Soviet Union.

Long before the 1953 armistice, there were attempts to end the fighting. In 1951, Syngman Rhee, leader of South Korea, and Kim Il-Sung, his North Korean counterpart, rejected pressure to make peace because each believed they could defeat the other. Two more years of fighting continued before a ceasefire agreement that included the establishment of boundaries and the release of prisoners of war. Even after fighting ended 27 July 1953, Canadian troops served in the area until August 1957. Some of their stories from 1950–57 are vividly described at thememoryproject.com. Those interviewed include army veterans Sam Carr, André Therrien, and Frank Smyth; Claude LaFrance of the RCAF; and navy veteran Peter Fane.

Today, the Korean conflict stands as the first example of a “limited” war in the 20th century. It marked the initial test of the United Nations’ collective security principle. Formally, North and South Korea are still at war — as we are reminded by recent threats by North Korea. For Canada, the price of engagement included the loss of lives and others wounded, along with the financial expense of prosecuting a war. It showed that the country was prepared to support causes it believed were right — and provided the basis for the Korean community of Canadians today, as well as the strong friendship between Canada and South Korea. For better along with worse, the war that not everyone describes that way continues to have impact.

How do you get from Anne to the Red River Settlement?

In this round of six degrees of Canadian history, we start with a spunky youth from Prince Edward Island and point the Red River carts west. The Red River Colony was a colonial settlement established in 1812, the early period of British North American westward expansion, and would later become part of the province of Manitoba. So how is it related to Anne of Green Gables, the best-selling tale of an 11-year-old orphan girl? It’s a real trip.

The show took them back to St. John's, where they engaged Robert JOY and, in their next production Sickness, Death and Beyond the Grave, Andy JONES (Sametz left the group after the Toronto show). They continued to perform together until 1977, when they disbanded.

His defences included victories over the heavyweight champions of England and Australia. He knocked out the Irish champion, Jem Roche, in 1 min, 28 secs, the shortest title defence ever. The $30 000 he received for fighting Johnson was the beginning of "big" money for boxers.

Tommy Ambrose, pop singer, composer (b at Toronto 19 Oct 1939). The creator of many of Canada's most successful advertising jingles - including those for Labatt's Blue, Smarties, Eggs get crackin', and Milk - Ambrose is also well known as a club performer and broadcaster.