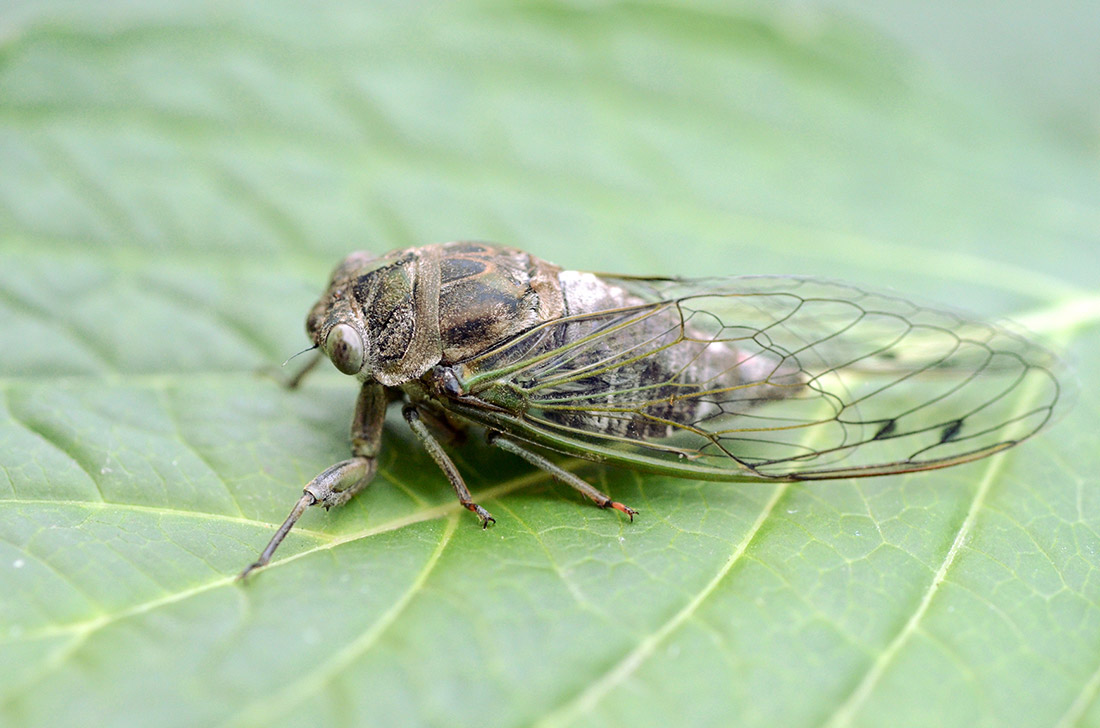 Cicadas are large, sound-producing insects in the family Cicadidae, best known for their multi-year life cycles. They are true bugs, belonging to the order Hemiptera. Scientists know of more than 3,200 species of cicada worldwide, most of them from the tropics. In Canada, scientists have recorded 21 species, found in forested areas across the country and as far north as Sambaa Deh Falls Territorial Park, Northwest Territories. The loud, distinctive calls of males are heard on warm summer days, and are unique to each species. Cicada species are either annual or periodical, depending on their life cycle. While annual species are seen each year, periodical species emerge in 13- or 17-year cycles. Only annual species of cicada are found in Canada.