Margaret Atwood’s The Testaments, the sequel to The Handmaid’s Tale, and Bernardine Evaristo’s Girl, Woman, Other, were named joint winners of the prestigious Booker Prize. It was only the third tie in the award’s 50-year history. The 79-year-old Atwood became the oldest author to be awarded the prize, while Evaristo became the first Black woman to win. The £50,000 (CAD$83,000) prize was to be split between them..Atwood also became the fourth author to win the Booker Prize twice. She said she was happy to receive it jointly and would donate her half of the prize money to a scholarship for Indigenous students in Canada.

The Testaments, the Sequel to The Handmaid’s Tale, is Published
timeline event

The Testaments, the Sequel to The Handmaid’s Tale, is Published

The Testaments, Margaret Atwood’s highly anticipated sequel to The Handmaid’s Tale, was launched in rock star fashion with a sold-out appearance by Atwood at the National Theatre in London, England, at 12:00 a.m. It was broadcast live to more than 1,000 theatres around the world. Atwood then embarked on a worldwide promotional tour that included stops in nine Canadian cities. The novel was also shortlisted for the prestigious Booker Prize a week before it was published. 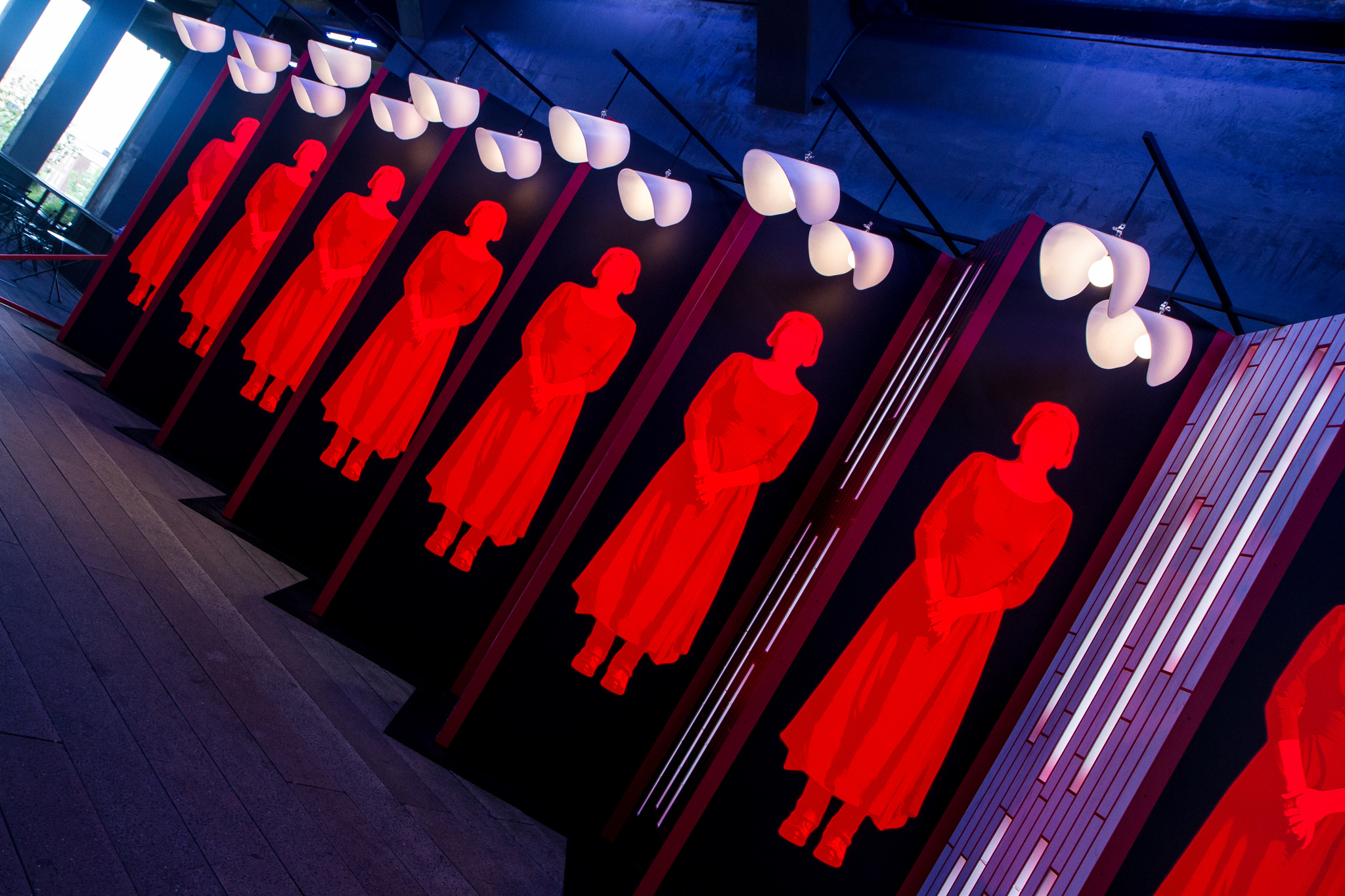 Sarah Lynn Gadon, actor (born 4 April 1987 in Toronto, ON). Sarah Gadon is a film and television actor. She is perhaps best known for her collaborations with David Cronenberg and her lead performance in the miniseries adaptation of Margaret Atwood’s Alias Grace (2017). She won Canadian Screen Awards for her performances in Alias Grace and Denis Villeneuve’s Enemy (2013)