Canada Agrees to Join Trade Accord with US and Mexico

Canada Agrees to Join Trade Accord with US and Mexico

After more than a year of negotiations with the United States and Mexico, Canada reached a last-minute agreement to sign a new NAFTA deal. The United States-Mexico-Canada Agreement (USMCA) will retain the Chapter 19 dispute resolution clause but will also allow greater access to Canada’s dairy market. The USMCA was set to be signed at the end of November 2018 and then sent to the three national legislative bodies for ratification.

Economic relations between Canada and the US are of paramount importance to Canada.

The North American Free Trade Agreement (NAFTA) was an economic free trade agreement between Canada, the United States and Mexico. Designed to eliminate all trade and investment barriers between the three countries, the free trade agreement came into force on 1 January 1994. In addition to being one of the most ambitious trade agreements in history, NAFTA also created the world’s largest free trade area. It brought together two wealthy, developed countries (Canada and the United States) with a less developed state (Mexico). The agreement built on the earlier Canada-US Free Trade Agreement (CUSFTA), which came into effect on 1 January 1989. After NAFTA was signed, trade and investment relations between the three countries expanded rapidly, but political co-operation remained weak. NAFTA continued to be controversial, particularly in the United States. In 2017, US president Donald Trump threatened to renegotiate or cancel the deal. More than a year of negotiations produced a revised version of NAFTA called the Canada-United States-Mexico Agreement (CUSMA). CUSMA came into effect on 1 July 2020.

Canada and the United States have a unique relationship. Two sovereign states, occupying the bulk of North America and sharing the world's longest undefended border, each reliant on the other for trade, continental security and prosperity. Despite radically different beginnings, as well as a history of war, conflict and cultural suspicion, the two countries stand as a modern example of inter-dependence and co-operation. 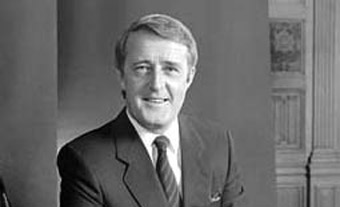