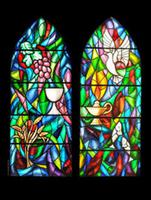 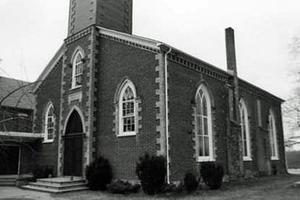 On 11 September 1921, St Andrew's Church hosted a service that included the unveiling of a memorial in honour of David and Mary Thomson who, sometime around 1799, became the first European settlers in Scarborough. When Mary died in 1847, she left more than 100 descendants. By the time of the memorial, the descendants numbered in the thousands, among them one who would create a newspaper empire and be ennobled as Baron Thomson of Fleet.

The current St Andrew's Church building was constructed in 1849 (just before Scarborough became a township) in the Gothic Revival style. The congregation, established in 1818, is the oldest Presbyterian Church in the City of Toronto, and the oldest congregation in the former City of Scarborough. The Thomsons donated land near their home for the church and cemetery, where they are buried. Of the many historic homes still neighbouring the church, two were built by descendants and other relatives who came from Scotland to settle.

David Thomson served as the head stonemason for the construction of the first parliament buildings in the Upper Canada capital of York. Given a captain's commission during the War of 1812, he was able to raise almost an entire company from the large Thomson families.