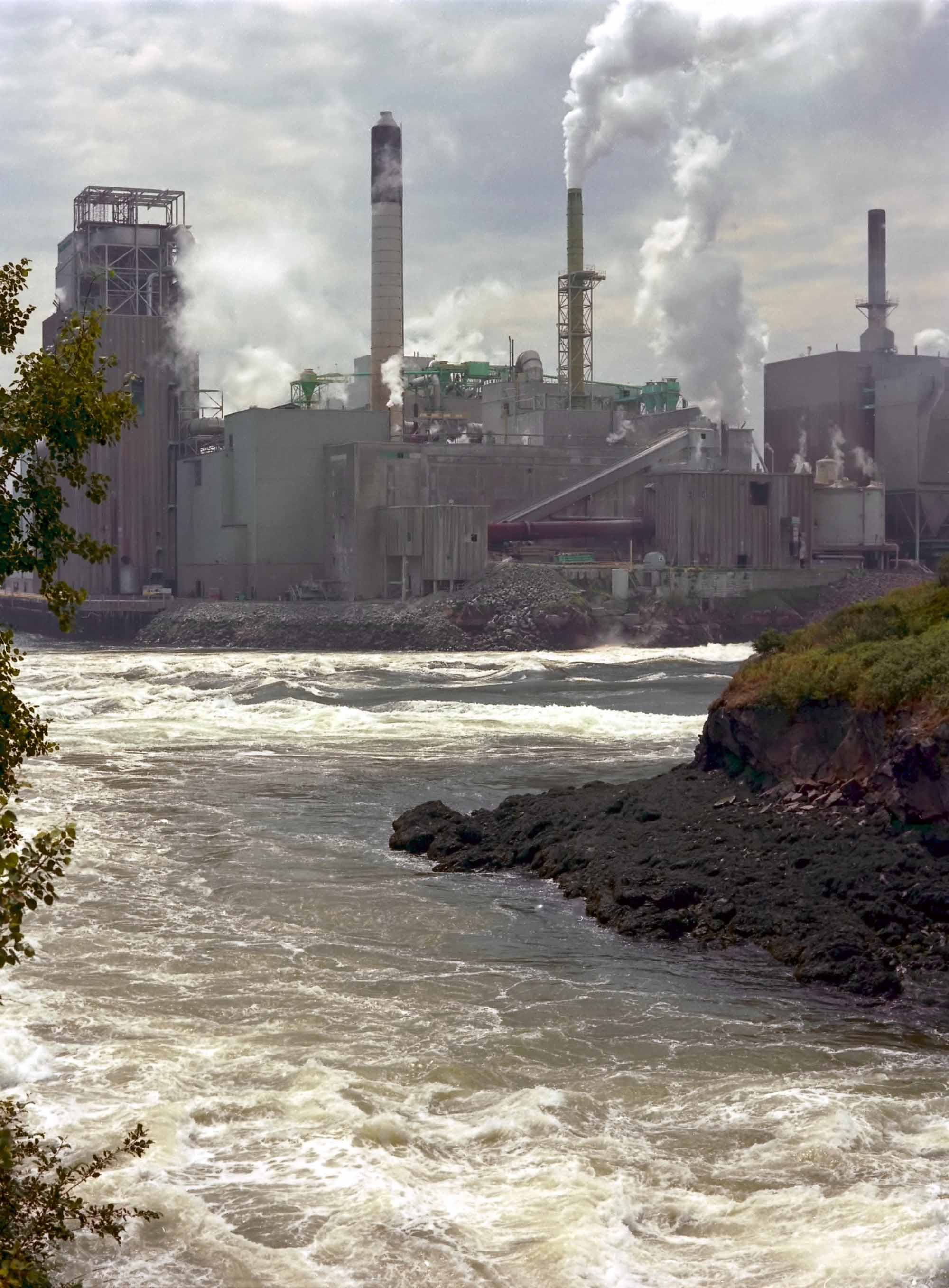 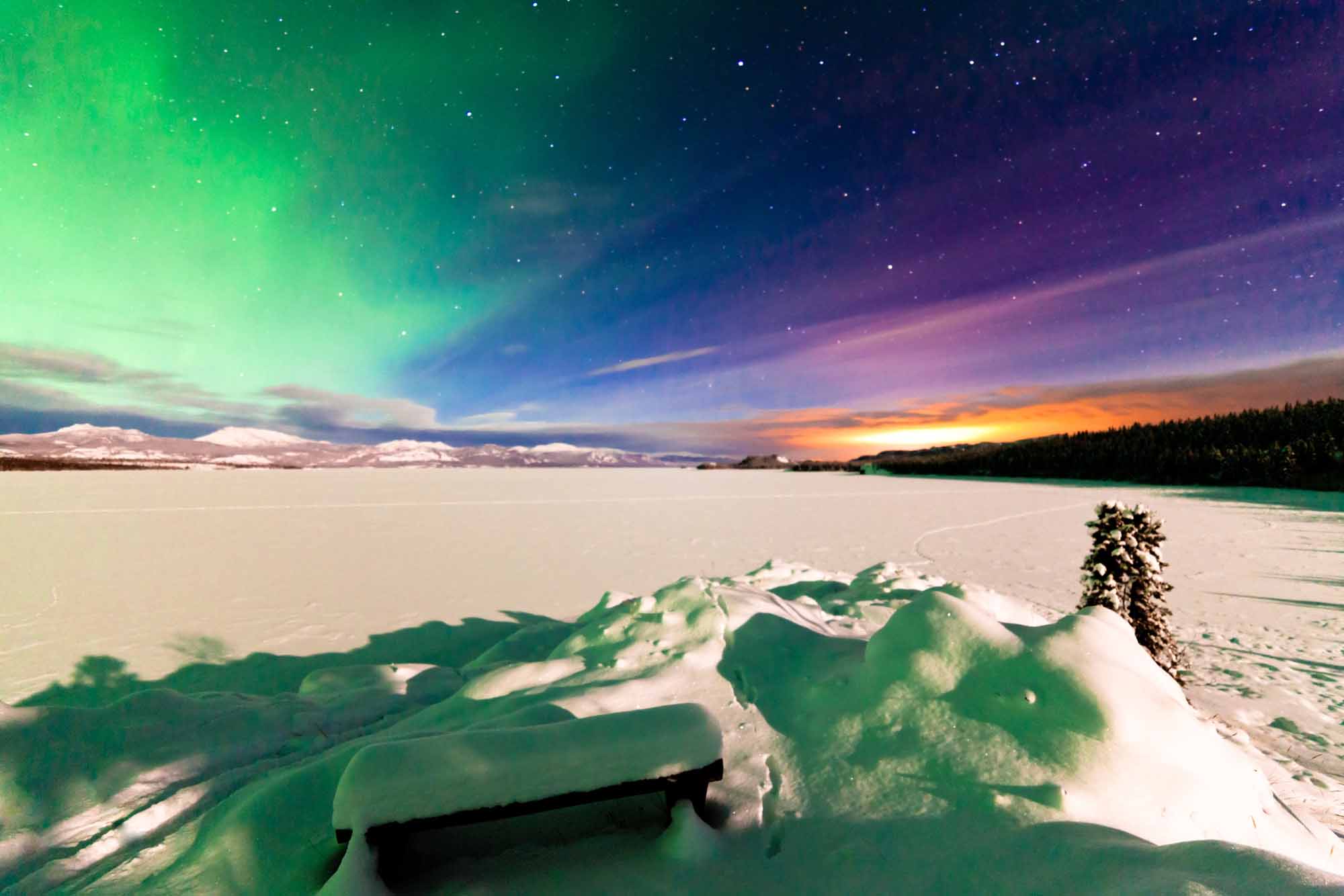 The sources of air pollution include industry, transportation, domestic activities (eg, heating, cooking, woodsmoke), agriculture (fertilizers, blowing dust, pesticides, herbicides, animal waste, farm odours) and forestry (pesticides, forest fires). Natural emissions can play an important role in the levels of air pollution depending upon time and place. These include dust storms, forest fires, sea spray, vegetation through the release of spores or pollen and biogenic gases, and volcanoes. Water vapour released from fuel combustion may cause ice fog in winter in such northern cities as Edmonton, and thus might be considered a pollutant in those circumstances.

Air pollutants occur in minute quantities relative to the primary constituents in the atmosphere (nitrogen and oxygen) and are measured in parts per million to parts per billion of air, or microgram to nanogram per cubic metre of air.

In terms of origin, nitrogen oxides (NO + NO2), carbon monoxide (CO), sulphur dioxide (SO2) and fine particulate matter (PM2.5), as well as carbon dioxide (CO2), are mainly associated with combustion of fuel or other high temperature industrial processes. Combustion PM2.5 is composed of many chemical compounds, including organic carbon species, elemental or black carbon (commonly known as soot), and trace metals (eg, lead, arsenic, nickel, mercury). They range in size from 5-nanometre diameter molecular clusters to light scattering particles peaking on a mass contribution basis in the 200-1000-nanometre diameter (0.2-1 µm) size range. Ultrafine particles occur in large numbers and are strongly linked to newly produced combustion such as in the exhaust of motor vehicles.

Several important pollutants are produced primarily through chemical reactions in the atmosphere among directly emitted pollutants. These are known as secondary air pollutants. Sunlight, water vapour and clouds are often involved in this atmospheric chemistry, which leads to greater oxidation of the pollutants. Examples include PM-associated sulphate and nitrate, forming from SO2 and NOx, respectively, and many of the organic compounds within PM2.5. When dissolved in cloud and rain, sulphate and nitrate lead to acid rain. Ground-level ozone (O3) is the most prevalent secondary oxidant. The mixture of directly emitted and secondary PM2.5 and O3 is typically referred to as smog.

Volatile and semi-volatile organic compounds (VOCs and SVOCs), the latter of which are found in both the gas and particle phase, are an additional large class of pollutants. They are associated with both combustion and fugitive emissions, as well as with secondary formation. Key examples are benzene, toluene, xylene, 1,3-butadiene and polycyclic aromatic hydrocarbons (PAHs). VOCs can undergo reactions converting toxic substances to less toxic products or vice versa. Many VOCs contribute to the formation of O3 and in the process are oxidized in the atmosphere becoming SVOCs, which contribute to PM2.5.

The initial behaviour of a pollutant depends on the nature of its source, which may be a smokestack releasing gases at high temperature and exit velocity, the tail pipe of a moving vehicle or formation in the atmosphere from other pollutants (ie, secondary air pollutants). Subsequently, the pollutant moves with the wind, is diluted by wind eddies and is deposited. Pollution is often carried long distances by the wind and in the case of substances like mercury and POPs that begin to vaporize at room temperature, there is concern about their northward drift towards the Arctic and their ultimate incorporation into food chains.

Pollutant concentrations vary on multiple time scales with emission rates, weather patterns and diurnal/seasonal cycles in solar radiation and temperature having the greatest impact on concentrations. Their behaviour is also governed by formation rate and the length of time in the atmosphere. Consequently, the concentrations of many air pollutants tend to co-vary. For example, NOx and CO are emitted during combustion, as are some particles (eg, elemental carbon) and VOCs, and their concentrations peak during rush hour. On the other hand, O3 and other photochemical oxidants, including secondary PM2.5 and secondary VOCs, peak in the afternoon, particularly given certain meteorological conditions (eg, more sunshine). Among the common air pollutants, O3 and PM2.5 have the longest atmospheric lifetime and thus can build up over multiple days and spread, by the prevailing winds, over large geographic regions. This can lead to greater numbers of people being exposed to similar levels.

Despite the atmosphere's seemingly limitless capacity to accept and dilute the waste products of society, meteorological conditions occasionally lead to serious air-pollution episodes, particularly over the Windsor-Toronto-Montréal corridor, but anywhere that there are sizeable emissions and the dilution of pollutants is suppressed (eg, mountain valleys, over large Prairie cities under a strong Arctic inversion). Thus, episodes are associated with light winds and temperature inversions (temperature increasing with height, a condition reducing wind gusts and pollutant dilution rates), which result in smog. One of the most serious recorded air-pollution episodes in Canada was the "Grey Cup smog" of November 1962, which lasted 5 days. It caused increased hospital admissions throughout southern Ontario and postponement of the football game in Toronto because of poor visibility. During the long Arctic winter, spells of light winds and strong temperature inversions may cause air pollutants to accumulate after having moved into the region from more southern latitudes.

Adverse effects to human and animal health include respiratory ailments (silicosis, pneumonia, asthma, emphysema, bronchitis and hay fever) caused by particles, including pollens and spores, and some gases (SO2, NO2, O3); carboxyhemoglobin, a condition that interferes with the ability of hemoglobin to combine with oxygen, resulting from carbon monoxide uptake by the bloodstream; eye watering and skin irritation caused by O3 and other oxidants; and damage to internal organs from lead, mercury, pesticides, etc. Lung cancer and other chronic diseases (eg, diabetes) can be caused or exacerbated by air pollution. Increased death rates among susceptible members of the population (elderly and those with chronic diseases) in the range of 2%-10% have been linked to air pollution, especially PM2.5 and PM10, in many studies throughout the world. Much of this enhanced mortality has been shown to be linked to cardiovascular problems.

Direct damage to vegetation includes necrosis (tissue death), chlorosis (whitening of leaves) and premature aging; indirect damage results from soil acidification by acid rain. Metal corrosion, caused mainly by SO2 and sea spray, takes the form of increased rust and metal fatigue. Damage to fabrics, paint and rubber, caused mainly by NO2, O3 and H2S, results in shortened life span, discoloration, cracking and peeling. Soiling of materials caused by soot necessitates increased washing, dry cleaning and painting. Climatic effects of pollution can be regional and immediate (eg, ice fogs in Edmonton and large-scale regional hazes, both of which restrict visibility and reduce sunlight) or global and long-term (warming due to greenhouse gases such as CO2 and methane).

Strategies used to control air pollution are varied. Emissions can be reduced by means of burning less or cleaner fuel (eg, natural gas instead of coal, low sulphur gasoline and diesel fuel), more efficient burning of fuel (ie, at higher temperatures or with oxygen added), better vehicle fuel economy, and installation of and improved maintenance of pollution-control devices (scrubbers, catalytic converters), including inspection and maintenance programs for older motor vehicles. The use of tall chimneys, such as the "superstack" erected by Inco Ltd at Sudbury, Ontario, may solve local problems but tends to enlarge the affected area. Meteorological episode control involves brief reduction of emissions when atmospheric dispersal is poor (eg, burning restrictions).

Other strategies include regional land-use planning, increased mass transit, tradeable discharge permits, development of pollutant-resistant strains of vegetation, and development of paints and metals, etc, with less harmful evaporative emissions and increased life expectancies in polluted environments. Emission control is of primary importance, but some sources may be technologically or economically difficult to manage. Most air-resource programs, therefore, use a combination of strategies.

There is concern that control and policy actions designed to resolve one kind of air pollution issue may worsen another. For example, the use of electric cars would reduce ground-level air pollution in cities but would increase emissions from the tall chimneys of power stations, and problems would also occur with the disposal of lead batteries. Similarly, replacement gases for CFCs are available to reduce stratospheric ozone depletion but many of these are implicated in climate change.

Environment Canada has categorized 6 major air pollution issues: acidic deposition, climate change, stratospheric ozone depletion, hazardous air pollutants, surface oxidant episodes and suspended particulate matter. Each of these issues is traditionally assessed by its own cluster of scientists, modellers, economists and policy analysts. There is increasing recognition of the importance of interaction among several of these clusters to devise the most optimal strategies for collectively dealing with the issues. For example, many measures to reduce the emission of greenhouse gases, which cause climate change, also lead to the co-benefit of improved air quality.

Most Canadian provinces and the federal government have formal air quality regulations in place such as Clean Air Acts. These acts specify emission standards (maximum permissible rates of release of designated pollutants from particular types of sources) and ambient air-quality objectives or standards (maximum permissible concentrations of designated pollutants in the outdoor environment), such as the Canada-wide standards for PM and O3. Under the Canadian Constitution, health is a provincial responsibility, with air-pollution control undertaken largely by the provinces. The federal government does have jurisdiction, however, over pollution from transportation (eg, trains, ships, fuel quality) and can intervene when air pollution crosses the US-Canada border. The Canadian Environmental Protection Act (CEPA) also gives the federal government the authority to regulate many aspects of air pollution. The Atomic Energy Control Board regulates ionizing radiation. The federal government also plays an important co-ordinating role through federal-provincial committees and task forces, in setting standards, and monitoring criteria, research and engineering programs.

Indoor pollutants are regulated mostly by industrial hygiene and housing authorities although Health Canada has an increasing role. Air quality forecasting and smog advisories are jointly issued by provincial and federal authorities, along with routine reporting of air pollution indices and the Air Quality Health Index (AQHI). The federal government issues ultraviolet radiation (UV) forecasts designed to warn against overexposure to full sunlight. 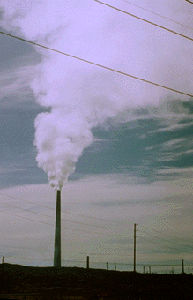