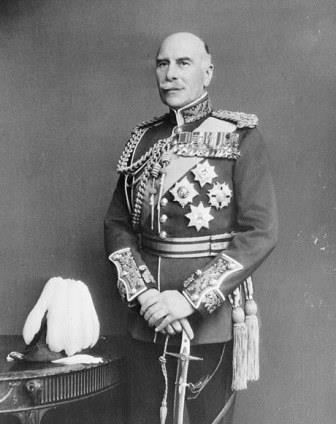 Athlone was born His Serene Highness (HSH) Prince Alexander of Teck at Kensington Palace in 1874, the youngest of the four children of Francis, Duke of Teck, and Princess Mary Adelaide of Cambridge, a granddaughter of King George III. In 1893, his elder sister, Princess Mary of Teck, married Queen Victoria’s grandson, Prince George, Duke of York, who became King George V in 1910.

Prince Alexander attended Eton College for his secondary education, then entered the Royal Military Academy Sandhurst, where he was commissioned as a Second Lieutenant. He served in the Second Matabele War in what is now Zimbabwe in 1896–97 and received a Distinguished Service Order in 1901 for service in the Boer War.

In 1901, Prince Alexander accompanied his brother-in-law and sister, the future King George V and Queen Mary, on their tour of Canada. Athlone attracted press coverage during the tour when he became lost during a duck hunt at Delta Marsh in Manitoba. Joseph Pope, who traveled with the royal party, wrote, “On their return to the lodge it was discovered that a distinguished member of the party, to wit, Prince Alexander of Teck, was missing…Lanterns were hung out and guns fired, but it was not until some time after sundown that Prince Alexander arrived, none the worse for his little experience.”

Prince Alexander married Princess Alice of Albany at St. George’s Chapel, Windsor Castle, on 10 February 1904. Alice was the daughter of Queen Victoria’s youngest son, Prince Leopold, Duke of Albany (who had visited Canada in 1880 and expressed an interest in becoming Governor General). Leopold had died in his thirties from complications caused by hemophilia, a genetic disorder that prevents the blood from clotting in the aftermath of injury. Alice was a hemophilia carrier and passed the condition to her son Rupert.

During the First World War (1914–18), Prince Alexander served as a Lieutenant-Colonel with the Life Guards and was eventually promoted to Brigadier General.

His family also relinquished their German titles and adopted British titles during the war, following royal decree. In July 1917, George V changed the surname of the royal family from Saxe-Coburg-Gotha to Windsor. The Tecks adopted the name Cambridge, after their maternal grandfather, the Duke of Cambridge. Prince Alexander of Teck became Sir Alexander Cambridge. In November 1917, George V named his brother-in-law Earl of Athlone and Viscount Trematon; he would thereafter be known as the Earl of Athlone.

After the First World War, Athlone retired from the military and focused on education and philanthropy, continuing his work as Chairman of Middlesex Hospital and chairing a 1921 committee on post-graduate medical education.

Athlone served as Governor General of the Union of South Africa from 1924 to 1930, residing in Cape Town and Pretoria with Alice and their daughter May. The Athlones were admired for treating South Africans of all backgrounds with courtesy and respect at a time when there were increased tensions between the British and Afrikanner communities and official discrimination against the African population. In 1927, The Times described Athlone as “Modest and unassuming, entirely approachable, easy in his talks with every kind of man or woman whom he meets in his constant journeys through the Union…No suspicion of partisanship has ever attached to him.”

After his return to Britain, Athlone was made Governor and Constable of Windsor Castle (1931–57) and chancellor of the University of London (1932–55).

Athlone had first been considered for the position of Governor General of Canada in 1914. However, the proposed appointment was unpopular in Canada as Athlone was viewed as a German prince with few qualifications for the role. The outbreak of the First World War resulted in the Duke of Connaught’s term as Governor General being extended and Athlone serving on the western front.

In 1939, Prime Minister William Lyon Mackenzie King advised King George VI during his tour of Canada to appoint Athlone as the next Governor General. Athlone announced, “We feel we shall love Canada and hope to be worthy of the great privileges and the opportunity which lie before us.” Athlone and Alice arrived in Halifax on 20 June 1940, after a circuitous journey by steamer across the Atlantic to avoid German U-boats (see also Battle of the Atlantic). Athlone was installed as Governor General the next day in Ottawa. Their daughter, Lady May, and her three children, Richard, Elizabeth and Anne Abel-Smith, also resided at Rideau Hall, where Alice observed that her grandchildren acquired the “self reliance natural to Canadian children.” 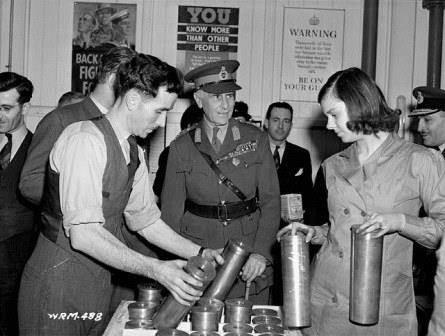 Male and female workers demonstrate equipment to Earl of Athlone, Governor-General of Canada, during his visit to a munitions plant (prob. Robert Mitchell Co.) Montreal, 1941.

Athlone and Alice traveled extensively across Canada, encouraging the war effort by meeting with military personnel and visiting munitions factories. They traveled on the royal train that had been used during the 1939 royal tour by King George VI and Queen Elizabeth, which had been the first tour of Canada by a reigning monarch. Athlone gave numerous speeches encouraging the Canadian war effort with inspiring sentiments such as “...let us…prove to mankind, as we are proving every day, that we have never been so great as in this hour of trial.” During one of his tours, Athlone was made “Chief Rainbow” of the Ojibway. 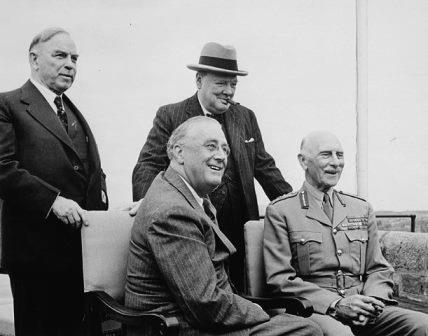 In 1943 and 1944, Athlone hosted the Québec Conferences, where Churchill, Roosevelt and Mackenzie King met to decide Allied strategy against Germany and Japan. In 1943, the Allied leaders began planning the D-Day invasions of France and in 1944, discussed naval strategy against Japan and the Allied occupation of Germany.

During the Second World War, the Athlones provided refuge for members of Europe’s royal families displaced by Nazi Germany. Guests at Rideau Hall during Athlone’s term included Crown Prince Olav and Crown Princess Martha of Norway, Grand Duchess Charlotte and Prince Felix of Luxembourg, King Peter of Yugoslavia and King George of Greece. The former Empress Zita of Austria-Hungary and her daughters spent much of the war in Québec City and were entertained by the Athlones at La Citadelle.

The most well known European royal visitors to Canada during the war were Crown Princess Juliana of the Netherlands and her daughters. Athlone’s wife, Alice, was a first cousin of Queen Wilhelmina of the Netherlands (their mothers were sisters) and Juliana and her daughters were initially housed at Rideau Hall in 1940 in before settling at 120 Lansdowne Road and then Stornoway (now the home of the leader of the opposition) for the remainder of the war. In 1943, Athlone declared part of the maternity ward of the Ottawa Civic Hospital extraterritorial for the birth of Juliana’s third child, Princess Margriet, to ensure that the child had Dutch citizenship alone. After returning to the Netherlands in 1945, Juliana sent 100,000 tulip bulbs to Ottawa to thank Canadians for their role in the liberation of the Netherlands and for sheltering the Dutch royal family, which led to the annual tulip festival in Ottawa.

After returning to Britain via the Caribbean in 1946, Athlone and Alice resided with Queen Mary at Marlborough House, then in their apartments at Kensington Palace after the damage caused by wartime firebombs had been repaired. They retained a Canadian secretary, Mary Goldie. Athlone continued as chancellor of the University of London until 1955, and died in 1957. 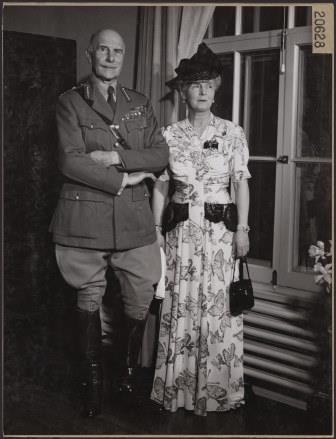 Formal portrait of The Earl of Athlone and her Royal Highness Princess Alice before leaving Canada on expiration of His Excellency's term of office as Governor General. Ottawa, 1946.

When Athlone’s term as Governor General ended in 1946, Mackenzie King stated that he had “strengthened the country’s attachment to the Crown.” The refuge the Athlones provided for the Dutch royal family also strengthened the relationship between Canada and the Netherlands and the Québec Conferences contributed to the Allied victory in the Second World War.

Lester Pearson, who in 1945 entertained the vice regal couple in Washington in his capacity as Canadian ambassador to the United States, recalled that, “Their natural simplicity and kindliness made them easy and welcome guests.” Pearson pronounced Athlone, “a born tourist, and a very nice, amiable man.”

The Athlone neighbourhood in Edmonton and Athlone, Newfoundland, are named for Athlone.