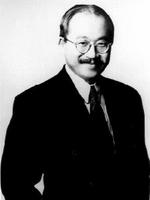 Sung is Canada's best-known designer in the fashion industry.

Alfred Sung, né Sung Wang Moon, fashion designer (b at Shanghai, China 14 Jun 1948). Sung grew up in Hong Kong and later studied couture at the Chambre Syndicale de la Couture Parisienne in France. He then moved to New York to attend the Parsons School of Design.

He worked for a Seventh Avenue dress manufacturer, as assistant designer, before moving to Toronto in 1972. After a brief time as a junior designer and freelance artist, Sung opened Moon, a small boutique in Toronto's prestigious Yorkville shopping district. He sold his own designs and developed his signature style of simple, easy, uncluttered clothing.

In 1980 Sung formed Monaco Group Inc with Joseph and Saul Mimran. This partnership resulted in the development of the Sung brand which launched its first ready-to-wear collection at outlets across Canada and the US.

Through the strength of his namesake collection, Sung branched into sportswear in 1984 with Sung Sport, a casual line directed to a more youthful clientele. Continuing to focus on this key demographic, the Monaco Group developed its first lifestyle brand, Club Monaco, the following year. The retail concept, which catered to both men and women, opened three free-standing stores across Canada but soon grew to 75 stores throughout North America.

In 1986, Alfred Sung became the first Canadian designer brand to be traded on the Toronto Stock Exchange. Within the same year, Sung developed the first of what would turn out to be many fragrances: "Sung" Alfred Sung. It quickly became the best-selling fragrance in Canada in its debut year. Following its success, several scents were produced, including: Alfred Sung Forever, Pure Alfred Sung, Shi Alfred Sung, Alfred Sung Paradise, Jewel Alfred Sung, and Always. By the end of 1987, the Sung brand had expanded its retail presence with outlets in Toronto, Boston, Vancouver, Los Angeles and Washington.

Following its short term on the market, Monaco Group Inc removed its public status and re-privatized the firm.

In 1991, Sung opened a new set of free-standing stores across Canada which housed his premium denim collection for men and women, titled "Alfred." During the same year, Monaco Group Inc changed its name to Mimran Group Inc. Following the success of his ready-to-wear lines, Sung developed a bridal collection sold at specialty boutiques across North America and increased the licensing of his name in several categories, including men's suiting and fragrances, eyewear, watches, furs, luggage and leather goods.

In 1997, Alfred Sung Collections Inc, which marketed the clothing line and operated stores under Sung's own name, went bankrupt. Two years later, Mimran Group Inc sold their stake in Club Monaco to Polo Ralph Lauren Inc. With greater investments made in 2000, the brand continued its presence in bridal wear with the launch of the Alfred Sung Bridesmaids collection as well as Alfred Sung Home, an affordable luxury line of home furnishings sold through Zellers stores, a subsidiary of the Hudson's Bay Company.

In 2009, Alfred Sung extended his brand's partnership with Zellers with the launch of Pure, an affordable lifestyle collection for women distributed nationwide, which includes apparel, shoes, bags, eyewear, swimwear and watches. In line with his strong relationship with the Hudson's Bay Company, in 2010 Sung developed a collection of refined apparel for women distributed exclusively at The Bay.