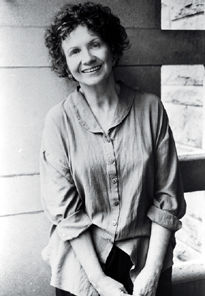 Characteristic of Munro's style is the search for some revelatory gesture by which an event is illuminated and given personal significance (photo by Jerry Baker).

Alice Munro, nee Alice Laidlaw, short-story writer (born in Wingham, Ontario 10 July 1931). Alice Munro is widely regarded as one of the most important short-story writers, not just in Canada but in the English-speaking world as a whole. In 2013 she became the first Canadian to win the Nobel Prize for literature. The recognition Munro's fiction has earned also includes three Governor-General's awards (1968, 1978, 1986), two Giller Prizes (1998, 2004), and the Man Booker International Prize for lifetime achievement in 2009, as well as the Canada-Australia Literary Prize, the Commonwealth Writers' Prize (Canada and the Caribbean), and the O. Henry Award in the US for continuing achievement in short fiction. Her output includes: Dance of the Happy Shades (1968), Lives of Girls and Women (1971), Something I've Been Meaning to Tell You (1974), Who Do You Think You Are? (1978), The Moons of Jupiter (1982), The Progress of Love (1986), Friend of My Youth (1990), Open Secrets (1994), The Love of a Good Woman (1998), Hateship, Friendship, Courtship, Loveship, Marriage (2001), Runaway (2004), The View from Castle Rock (2006), Too Much Happiness (2009) and Dear Life (2012). Her work has been widely anthologized; several collections have also appeared. In 2005, Munro was listed as one of Time magazine’s “100 most influential people.”

Munro spent her early years within the small-town culture of western Ontario. She began writing in her teenage years and published her first story, “The Dimensions of a Shadow,” when she was 19. After meeting her first husband, James Munro, at the University of Western Ontario, she moved with him to Vancouver after completing two years at Western. The 1963 move to Victoria resulted in the founding of the bookstore, Munro's Books, and more importantly, the acclaimed appearance of Munro's first collection of stories. Her work had previously appeared in Canadian literary journals (Tamarack Review; Canadian Forum) and on the CBC radio program Anthology, whose producer, Robert Weaver, played a major role in the acceptance of her early work. She has remarked in interviews that she focused on the short story early on simply because she was taking care of two daughters before the age of 30.

The end of Munro's marriage in 1972 prompted her return to Ontario and eventually to the University of Western Ontario, this time as the writer-in-residence. She married Gerald Fremlin, whom she had known since her university years, in 1976 and the couple settled on a farm outside of Clinton. Her numerous and award-winning collections of short stories, set mostly in southern Ontario, have made the "Munro Tract" (bounded on the west and south by Lakes Huron and Erie, on the north by the town of Goderich, on the east by London) as resonant a country of the mind as William Faulkner's Yoknapatawpha County or Tolkien's Middle Earth.

Numerous critical studies have acknowledged Munro's mastery of the cultural and vocal tones of a region; her acuteness in delineating social class is now a critical commonplace. Munro often narrates her stories in a manner reflecting the outlooks of her relatively unsophisticated characters. They appear before us as if we had bumped into them at the mall or the hairdresser's or the home and school meeting, relating their experiences in ways that the author then uses to reveal deeper meanings. Her amplitude of style and approach, it is often noted, give her short stories the moral density of lengthier novels. Munro's craft exerts a radial power, in which a central motif or situation mutates or recurs throughout various contexts within a story, often concluding with a reflection upon experience that seems anything but definitive. Munro's is the fiction for a culture in which the nostalgia for lost certainties seems as potent as the unshakeable realization of that loss. Written within the conventions of literary realism, her fiction reflects the preoccupations of figures who must remain satisfied with momentary illumination rather than life-changing revelations. Her international audience finds its own uncertainties and concerns paralleled in those that shape her characters' experiences. Time spent in re-reading her stories is seldom wasted.

Two representative stories, "Meneseteung" (in Friend of My Youth)and the title story in The Love of a Good Woman, display Alice Munro's skill at depicting, then questioning and redefining, the experiences of her characters. Both offer accounts of women engaged, however unwittingly, in processes of self-definition that can take the form of wary hesitation in the face of new prospects, a process concluding in understanding rather than happiness. Almeda Joynt Roth of "Meneseteung" - based remotely upon obscure 19th-century women writers in the Munro Tract - must shatter the mirror of her nostalgic historical poetry when faced with the hard facts of sex and blood. Jarvis Poulter, a commercial pillar of the town, has made some tentative gestures toward Almeda. Her distress at his casual disregard toward a lower-class female victim of male violence leads her to deflect his overtures. The story-within-the-story concludes with Almeda enduring the start of her menstrual period, under the influence of a pain-killer, reconciled to an unprotected, unmarried destiny that will not end well. The tale's intrusive yet distant narrator makes the story's meaning more complex with an admission of her own inability to grasp exactly what has taken place in Almeda's sensibility.

Uncertainty also marks the conclusion of Munro's "The Love of a Good Woman," whose protagonist Enid lingers in suspense as the male who has attracted her interest approaches. Is he propelled by desire, or by malice? The story opens with the discovery of a local optometrist's automobile, along with his body, sunk beneath the river. The reader - who already knows that someone donated the optometrist's gear to the local museum - learns a version of what lies behind the death by water, and the effect of this knowledge upon Enid. Her role as caregiver for a dying "bad" woman, the unreliable tale-bearing of that dying woman, and the power this woman's husband exerts over Enid's refined sensibilities leads to the question that ends the story. Such a tale, with its unabashed usage of such formula-fictional devices as the mysterious death of one character, the reluctant romantic involvement of the nurse and the inscrutability of the male figure, displays Munro's powers as a fiction writer. The story's progression through layers of consciousness and association, alongside the delicate architecture of the story's telling, demonstrates how Munro can net both literary and general readers within her audience.

From the mid-1970s, Munro began her long-standing relationship with The New Yorker magazine, substantially expanding her audience in North America and beyond. Her work has been translated into 20 languages and she has the distinction of having each new book sell better than the preceding one. While Munro announced her retirement after the publication of The View from Castle Rock in 2006, the books have continued to appear at roughly the same pace, with Too Much Happiness in 2009 and Dear Life in 2012. Munro’s second husband died in April of 2013 and she divides her time between Clinton, Ontario and Comox, British Columbia.

It is tempting for Canadian readers to focus upon Munro's usage of specifically Canadian spaces and times. Munro's soundest achievement as a fiction writer, however, lies in her power to express what her characters experience as a more or less permanent condition of uncertainty and ambivalence. Her skill lies in rendering these layers of consciousness in the idiom of her time and place, and conveying them in deceptively simple fashion.

Various adaptations of her stories have appeared on television: Away from Her (2006; dir. Sarah Polley) is a noteworthy film version of Munro's "The Bear Came Over the Mountain," from her 2001 collection Hateship, Friendship, Courtship, Loveship, Marriage, and the short film of "Boys and Girls" won an Oscar in 1984. Robert Thacker's literary biography Alice Munro: Writing Her Lives appeared in 2005. 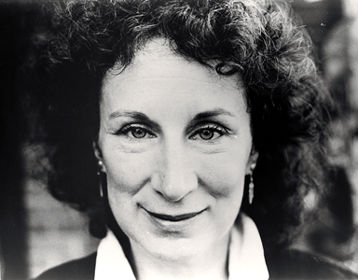