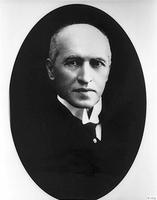 The politically astute Sifton was one of the outstanding figures in the political life of the early West (courtesy Glenbow Archives).

Arthur Lewis Sifton, judge, politician, premier of Alberta (b at St Johns, Canada W 26 Oct 1858; d at Ottawa 21 Jan 1921). Firm, stoical and politically astute, Sifton was one of the most outstanding figures in the political life of the early West. He practised law in Brandon, Man, 1883-85 (with his brother Clifford), in Prince Albert in the North-West Territories 1885-88, and in Calgary after 1889. In 1899 he was elected to the territorial legislature for Banff and from 1901 served on Haultain's Executive Council. He was an early and strong advocate of provincial status. In 1903 Laurier appointed him territorial chief justice, and in 1907 he became the first chief justice of Alberta. As a trial judge he was excellent; he said little and gave short, sound and prompt judgement. In 1910 he resigned and became Liberal premier of Alberta, succeeding A.C. Rutherford. Sifton held together a divided party and was an effective premier, a strong leader and skilled administrator. He pressed for the transfer of jurisdiction over natural resources, finally won by J.E. Brownlee in 1930. In 1916 women were given the vote and 2 were made magistrates. During the conscription crisis of 1917, PM Borden invited leading Liberals, including Sifton, to join a Union government. He accepted. On October 12 he resigned as premier and was appointed minister of customs. In the general election of 17 December 1917 he was elected member for Medicine Hat. Though not conspicuous in the Commons, Sifton was valuable in Cabinet and as a delegate to the Paris Peace Conference. In 1919 he became minister of public works and secretary of state, and in 1920 was named an imperial privy councillor. 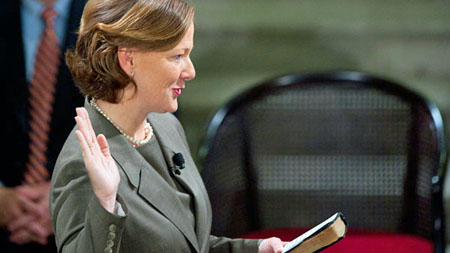