After the fall of Québec in 1759, an urgent appeal was sent to France for 4000 troops and food supplies. Not until Apr 19 did 5 merchant ships and a frigate leave Bordeaux with 400 troops and some supplies. The frigate and 2 of the merchant ships reached the St Lawrence on May 15 only to find that a strong British fleet was already upriver. The commander, François Chenard Giraudais, sought refuge up the Restigouche; he set up gun batteries on the riverbanks and a boom across it, and there they were caught by Capt John Byron with a 70-gun ship and 2 frigates. The heavy British guns knocked out the shore batteries but not before the French gunners severely damaged the British ships in an artillery duel that raged all day. Eventually, when 2 of the French ships could no longer fight or float, they were set afire and their crews and the troops slipped away. 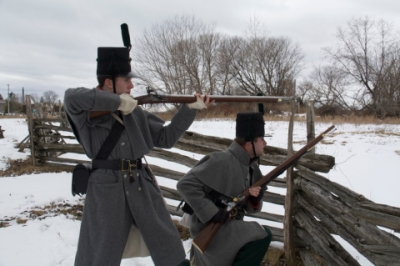 The Battle of Ogdensburg