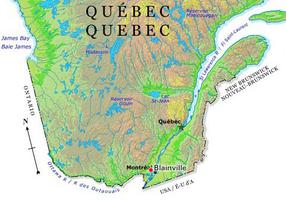 History
In 1673, in order to develop the young colony of New France, Governor Louis de Buade de Frontenac gave large concessions of land to administrators, priests and high-ranking soldiers who became seigneurs. The seigneurie des Mille-Îles was created north of the river that bears the same name. In 1791, a quarrel over the rights to a mill on the territory divided the seigneury in 2. This division created the "Grande Ligne," later named route 117. The city developed along this north-south artery. In 1968, Blainville separated from the parish of Sainte-Thérèse-de-Blainville (1845).

Blainville takes its name from its third seigneur, Jean-Baptiste Céloron de Blainville, a courageous soldier who died in combat in 1756.

Development
Industry expanded in the region with the construction of Camp Bouchard, a munitions factory, in 1939. Camp Bouchard employed 6000 workers, many of whom immigrated to the area. After World War II until 1969, Cape Bouchard was a military base. Since the mid-1980s young families have been attracted to Blainville because of its affordable housing near metropolitan Montréal.

Equestrian riders from all over the world compete at the Parc équestre de Blainville, eastern Canada's second most important equestrian competition site.