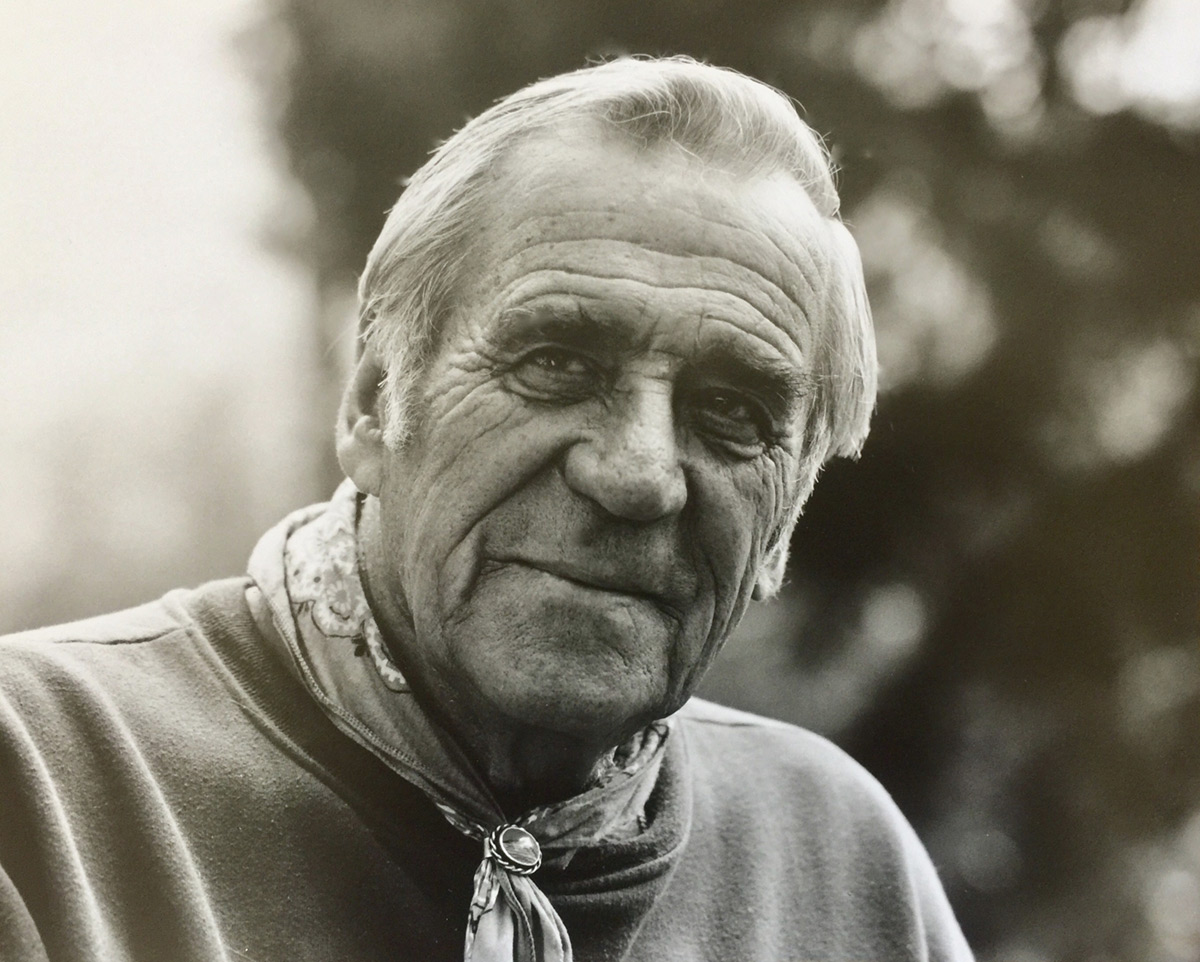 Bruno Engler, mountaineer (b at Switzerland, 4 Dec 1915; d at Banff, Alta, 23 Mar 2001). In his rich and varied life, Bruno Engler was a fine skier and ski instructor, a pioneer in avalanche safety, mountain climber and guide, photographer, filmmaker, actor, exquisite storyteller and ambassador for Canadian mountain culture. He was, in a sense, the complete renaissance mountain man.

Bruno Engler, like other Swiss Guides that shaped early MOUNTAINEERING in Canada, was born in Switzerland. Engler was trained, as a young man, in mountaineering, guiding and photography. His interest and training in mountaineering, photography and skiing placed him in an enviable position when he arrived in Canada in 1939. The Swiss Guides were not trained skiers, Sunshine Village was developing its ski program, and Engler was hired to build up the Sunshine Village ski school near Banff. Engler was also offered a position with Swiss Guides (Ernest Feuz & Rudolf Aemmer) at Lake Louise. Engler came to Canada in WWII and he was subsequently sought after by the Canadian military for his mountain skills. He trained many Canadian troops.

Engler was much more the bon vivant than the more staid Swiss Guides, and much of his life went from one dramatic episode to another. Engler led several climbs with such well-known early mountaineers as Tony Cromwell, Frank Smythe and Georgia Englehard. Mountaineering was not a full-time job in the post-WWII years, however, and Engler had to cast about for other work. He found a job in Blairmore (Alberta) at a strip mine, and lived in the area for four years. It was also during this time that Engler climbed many of the mountains in the Crowsnest Pass area with Fritz Frei, and he assisted in creating a ski area in the Pass.

The post-WWII boom of the 1950s to 1970s tapped into Engler's many gifts and talents. Engler was in demand as a mountain guide and ski instructor, his black-and-white mountain photography was selling well, his work at Rogers Pass on avalanches placed him at the forefront of mountain safety, and the movie industry was drawn to his charming looks and photogenic poses. Engler became a freelance correspondent for the CBC in the 1950s, he started "Alpine Films" during the same period, and his life as a filmmaker dominated the next few decades of his life. In fact, Engler was involved in making over 25 films between 1950 and 1980. The CBC did a feature on Engler's life in the 1960s called Diary of a Mountain Man, and in 1966 Engler initiated the "Veterans' Race" at Sunshine Village. Engler had become a legend in the mountain community, and he and Hans GMOSER led Prime Minister Trudeau to the Bugaboos in 1972.

Engler's commitment to mountain culture was rewarded with a variety of accolades which included, to name but a few: the Alberta Achievement Award for Excellence, the Premier Cup for Photography and Mountaineering and the distinguished Rose Award. Engler was made an honorary member of the Association of Canadian Mountain Guides in 1975.