Camillien Houde, politician (b at Montréal 13 Aug 1889; d there 11 Sept 1958). He tried careers in banking, biscuits and bon-bons, sat in the Québec legislature and House of Commons, but from his first election as mayor on 2 April 1928 until his retirement on 18 September 1954 Houde so incarnated his city that he was called "Mr Montréal." He first won fame as a Conservative MLA, elected in Ste-Marie in 1923. He was beaten in 1927, but his opponent's shady victory was overturned by the courts and Houde was returned in a 1928 by-election. He won the Québec Conservative Party leadership the same year but lost his seat as his party was defeated in the 1931 general election. Houde resigned as leader in 1932, leaving the way clear for that dominant conservative nationalist, Maurice DUPLESSIS.

As Duplessis cast a giant shadow over Québec, Houde did the same in Montréal, serving as mayor 1928-32 and 1934-36; he was then re-elected in 1938. Astonishingly, his mayoralty was suspended on 5 August 1940, when after calling for defiance of registration for military service Houde was arrested at city hall by the RCMP and interned in Ontario for 4 years. Like many nationalist French Canadians of the period, he supported the ideology of Mussolini's Italy and Vichy France. Yet he still remained loyal to the British Crown, which had made him a CBE in 1935. At least 50 000 Montréalers welcomed Houde triumphantly after his release 18 August 1944, and he was quickly re-elected mayor, a position he held comfortably through elections in 1947 and 1950.

Houde's mastery of Montréal and longevity in office were exceeded only by his successor, Jean DRAPEAU. Houde was elected to the House of Commons in 1949 from Montréal Papineau, but he gave the position scant attention. An enormous man with a Cyranoesque nose, a wonderful sense of humour and a penchant for black Tueros cigars, Houde generously dispensed patronage and largesse from his city hall office through the worst years of the Great Depression and beyond. He winked at the city's brothels and blind pigs, its gangs and gangsters. This was Duplessis's Québec and Houde saw corruption of much of city council, the police and the press as a fact of life. His obsession was immortality, not money. The flamboyant style of his political passion is reflected in his crypt at Montréal's Côte de Neiges cemetery - an Italian marble replica of Napoleon's. 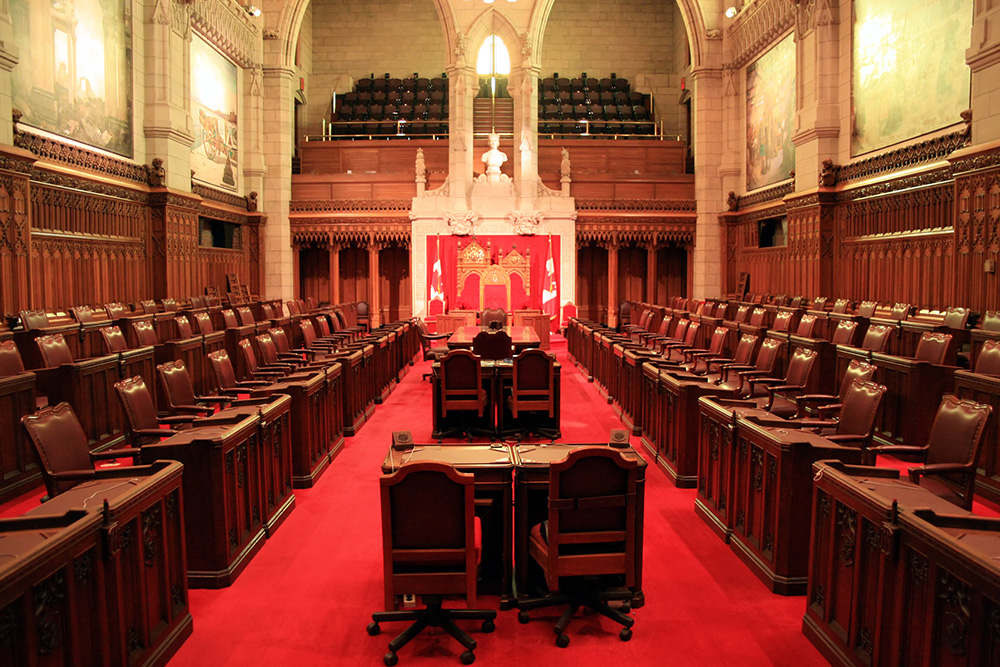