More than 2,800 trained civilian nurses enlisted with the Canadian army during the First World War, becoming the first women in the modern world to hold military commissions as officers. As members of the Canadian Army Medical Corps (CAMC), the nursing sisters treated and cared for wounded soldiers overseas and at home. At least 58 died from disease or enemy action during the war.

More than 2,800 trained civilian nurses enlisted with the Canadian army during the First World War, becoming the first women in the modern world to hold military commissions as officers. As members of the Canadian Army Medical Corps (CAMC), the nursing sisters treated and cared for wounded soldiers overseas and at home. At least 58 died from disease or enemy action during the war.

In 1904, the Canadian Militia established the Canadian Army Medical Corps (CAMC) which included a small permanent nursing service. Only women were eligible to serve as military nurses. The army created a special officer rank for nurses, with the relative rank of lieutenant and title of “nursing sister.” Their full designation was lieutenant/nursing sister, or if they moved up in rank, captain/nursing sister or major/nursing sister. Until the mid-1940s, Canada was the only country to commission women as officers. The matron-in-chief was in charge of the nursing service.

The CAMC nursing service consisted initially of two nurses (Georgina Pope and Margaret Macdonald). By 1914, there were five regular army nurses in addition to a small reserve of civilian nurses who had completed a one-month military nursing course and attended a training camp.

Georgina Fane Pope served during the South African War(1899–1902) and was the first Matron of the CAMC nursing service (1908). For much of the First World War, Pope was in charge of training nurses in Halifax. She was sent overseas in 1917, when she was 55 years old. She was first posted to England and then to the No. 2 Canadian Stationary Hospital in France. Pope was present during the bombing of CAMC hospital units at Étaples in 1918 and suffered “shell shock” (PTSD). In 1919, she retired from the CAMC with a pension based on war-related injuries.


When war was declared in August 1914, the CAMC appointed Margaret Macdonald as head of the nursing service. It was her responsibility to recruit and mobilize civilian nurses. Macdonald was the first woman in the British Empire to hold the rank of major. 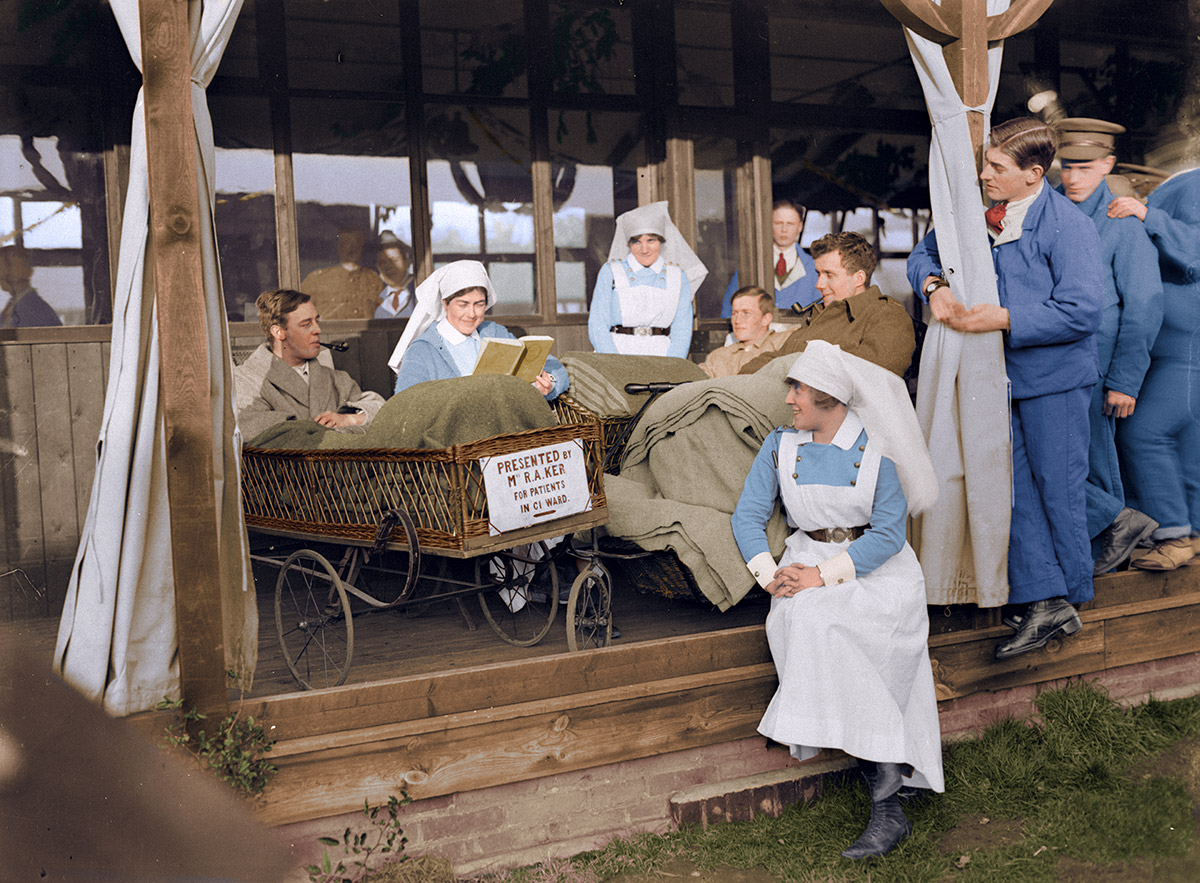 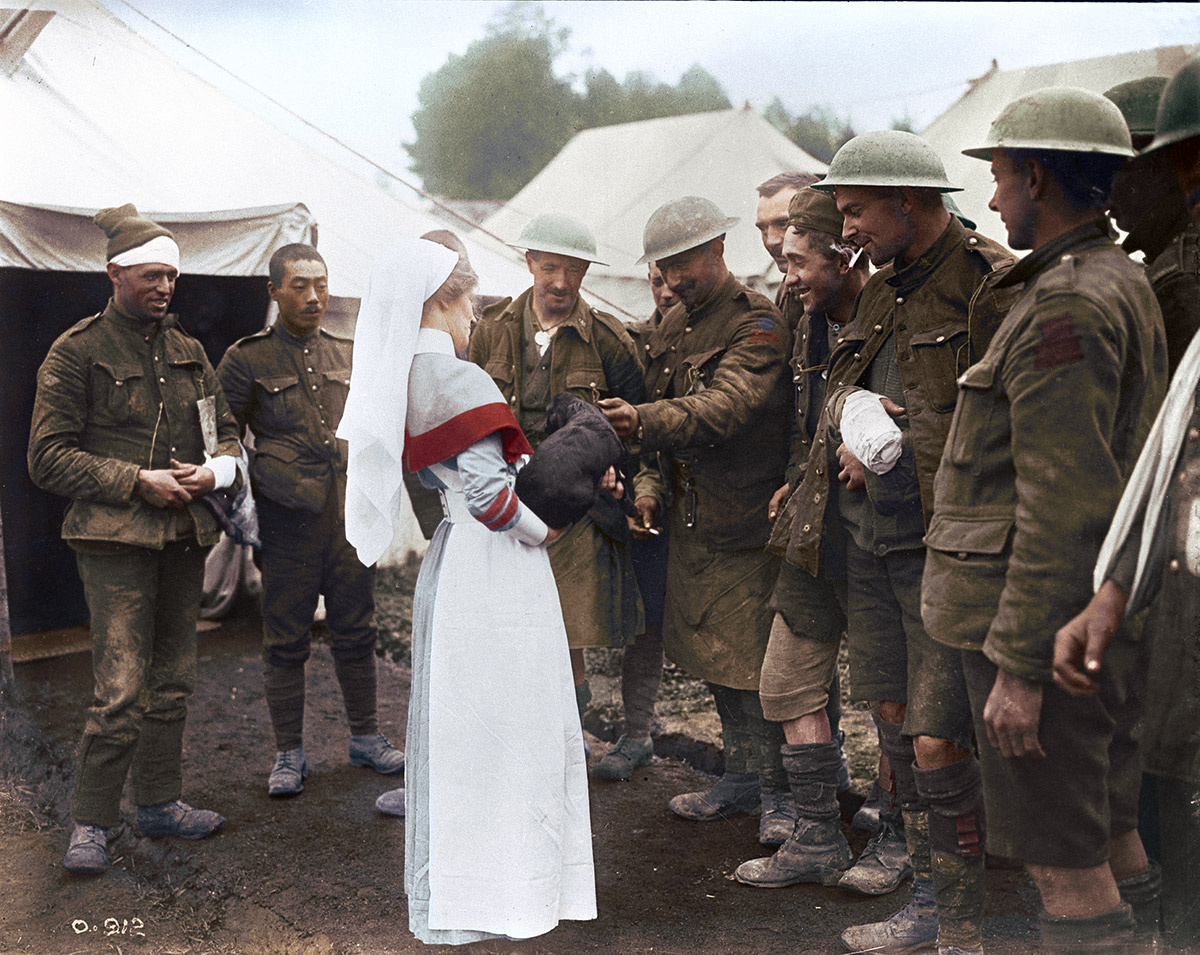 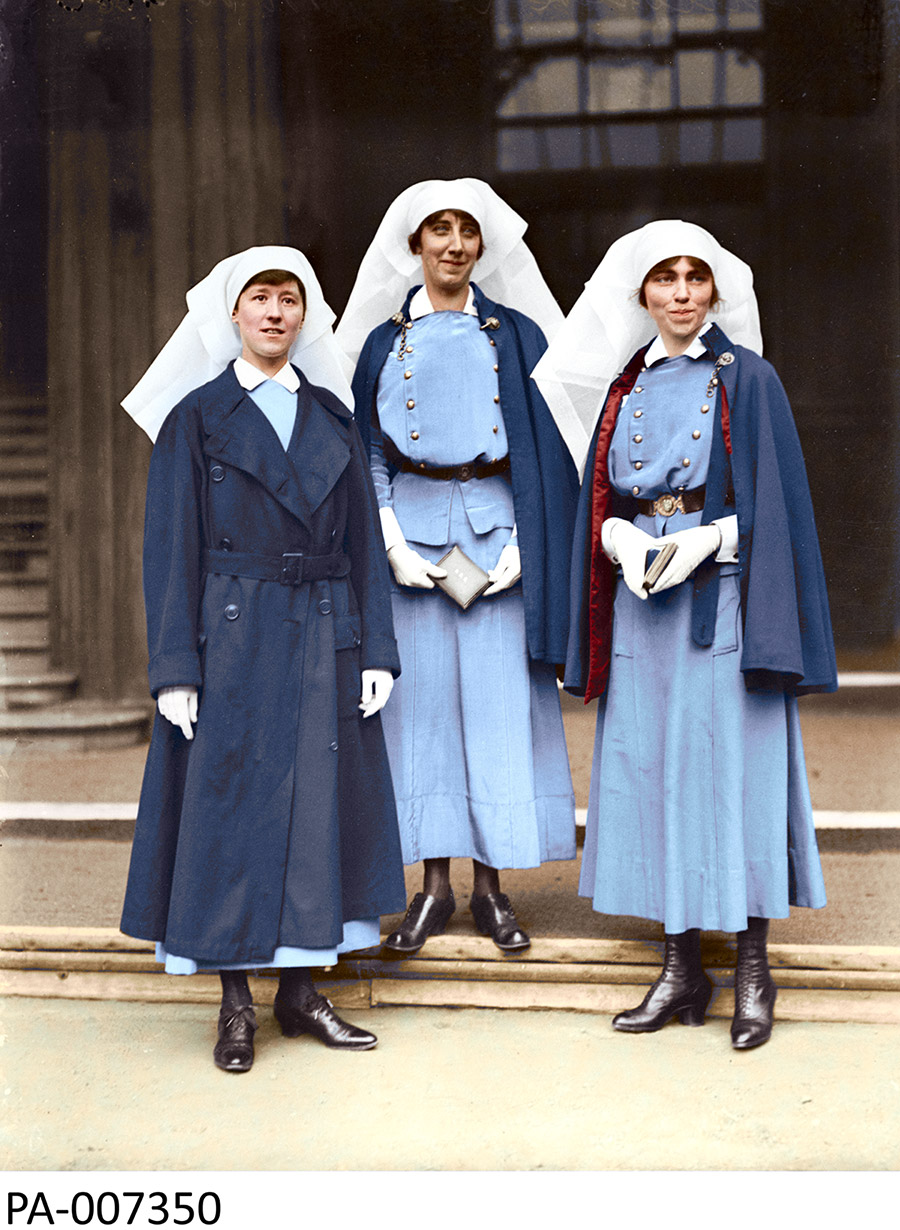 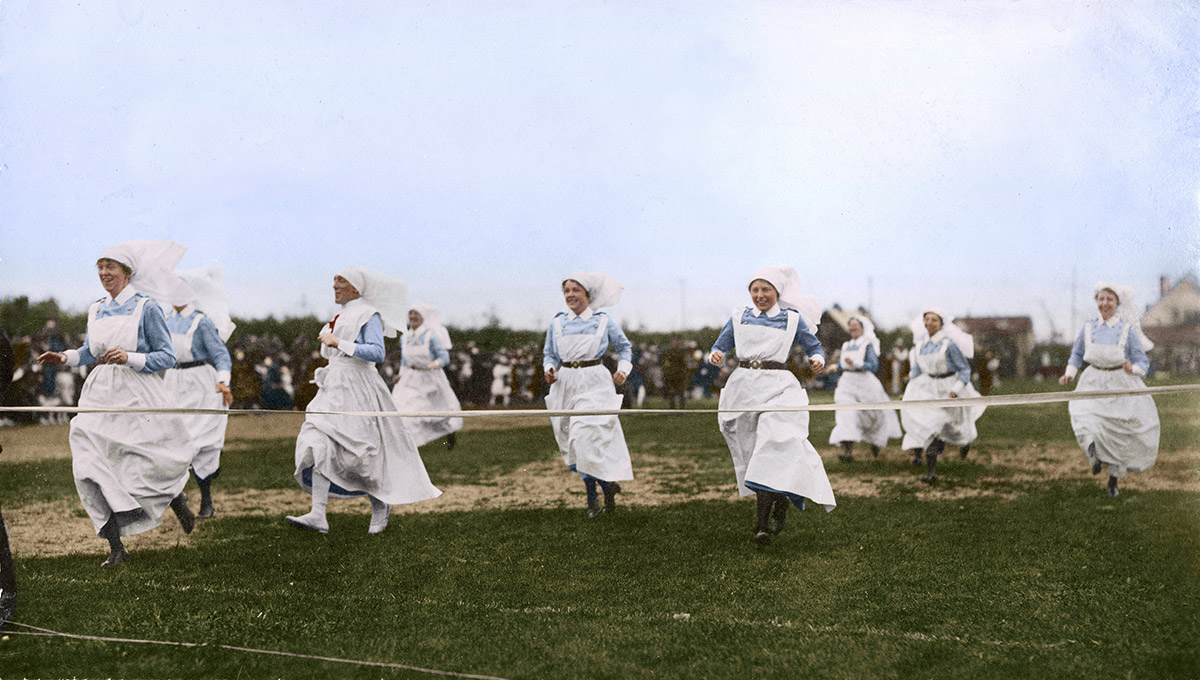 Appointment to the CAMC nursing service required women to have British citizenship, to have graduated from a recognized three-year nursing program, as well as possess high moral character, dignified deportment, physical fitness, and be between the ages of 21 and 38. However, there were nursing sisters who entered the Corps and who did not meet the standard criteria. Some women were not trained as professional nurses; some were younger or older than the specified age requirements and some were married.

In total, 2,845 Canadian nursing sisters served with the CAMC during the First World War – both overseas and in Canada. The vast majority were fully-qualified nurses. Twenty-nine other women found their way into the ranks, a few with other professional qualifications. Two women physicians enlisted as nursing sisters because they had not been permitted to enlist as medical doctors. Others, often using political connections to get an appointment, had no qualifications. They served as “home sisters,” responsible for managing the living arrangements of the nurses.

On average, the nursing sisters were 29.9 years old when they enlisted although one was 19 years old and at least two were 56 years old. Most were Canadian born with British backgrounds. Although the regulations stated that only single, divorced, or widowed women were eligible to enlist (meaning that they were not responsible for any dependent children), women did find ways around that requirement. Their diaries and letters mention fellow nursing sisters who married secretly but did not resign their commissions as they were supposed to do upon marriage.

CAMC nursing sisters served in Canada, England, France, Belgium, Russia, and in the Mediterranean at Gallipoli and Salonika. They served from 1914 into the early 1920s – long after the signing of the armistice ended the First World War in November 1918. Wounded soldiers still needed care and rehabilitation. The influenza epidemic that swept through military camps during the years 1918–19 also prolonged the need for nurses.

As the Canadian Expeditionary Force demobilized, the nursing service gradually decreased in number to a post-war establishment of only 12 military nurses by 1920. That year, the medical service was reorganized and designated the Royal Canadian Army Medical Corps. 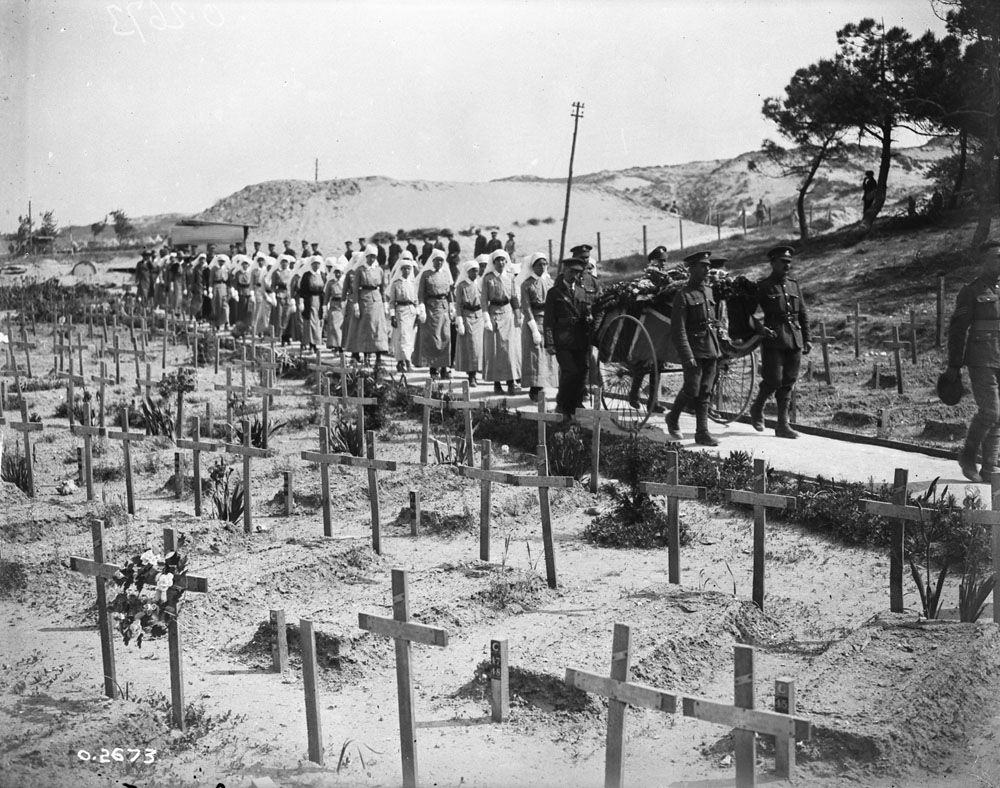 At least 58 nursing sisters died during the First World War — 21 of them from direct enemy action. Six nurses were killed when No. 1 Canadian General Hospital and No. 3 Canadian Stationary Hospital were bombed in France in May 1918. When a German U-boat torpedoed and sank the Canadian hospital ship Llandovery Castle in June 1918, all 14 nursing sisters perished (see Sinking of HMHS Llandovery Castle). Another nursing sister died when a German U-boat sank the RMS Leinster in October 1918. Others died from illness and diseases related to their wartime service.