Established in 1990, the Canadian Space Agency (CSA) promotes the peaceful use and development of space for the social and economic benefit of Canadians. It also coordinates federal government contributions to the CSA’s various partners in Canada and abroad. The agency’s current mandate includes the Canadian astronaut program, satellite development, space science and technology programs, space stations and robotics.

Established in 1990, the Canadian Space Agency (CSA) promotes the peaceful use and development of space for the social and economic benefit of Canadians. It also coordinates federal government contributions to the CSA’s various partners in Canada and abroad. The agency’s current mandate includes the Canadian astronaut program, satellite development, space science and technology programs, space stations and robotics. Click here for definitions of key terms used in this article. 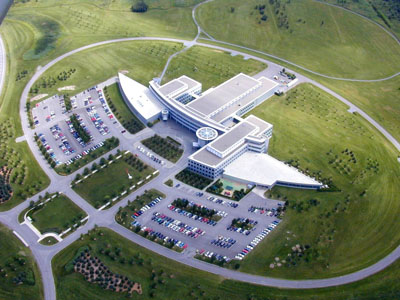 Before the creation of the Canadian Space Agency in 1990, Canada’s investments in space activities came from multiple federal government departments. These included departments that oversaw scientific research, defence, natural resources and satellite communications.

In early 1959, NASA approved a proposal from Canada’s Defence Research Board to build the Alouette 1 satellite. The purpose of Alouette 1 was to study the ionosphere, a layer above Earth’s atmosphere. NASA launched the satellite into orbit on 29 September 1962. This made Canada the third nation (after the USSR and the US) to design, build and place into orbit its own artificial Earth satellite. Alouette 2 was launched on 29 November 1965 and other Canadian satellites soon followed. 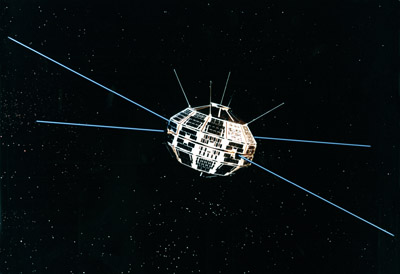 Canada's experience in space began in 1962 with the launching of the Alouette-1 research satellite.

In 1962, the report of the Royal Commission on Government Organization recommended that Canada create a single space agency. The same recommendation came five years later in another federal government report, Upper Atmosphere and Space Programs in Canada (a.k.a. the Chapman report).

In 1982, NASA sought international partners to help build what would eventually become the International Space Station (ISS). The Americans considered a Canadian contribution important enough that, in exchange, they offered Canadian astronauts opportunities to fly on US space missions.

In 1983, a screening committee of the National Research Council interviewed applicants and selected six people to become Canada’s first astronauts.

Did you know?
Marc Garneau became the first Canadian in space in October 1984, on the space shuttle Challenger flight STS-41-G.

The Canadian Space Agency (CSA) was announced in March 1989. The legislation that created it received royal assent in May 1990. 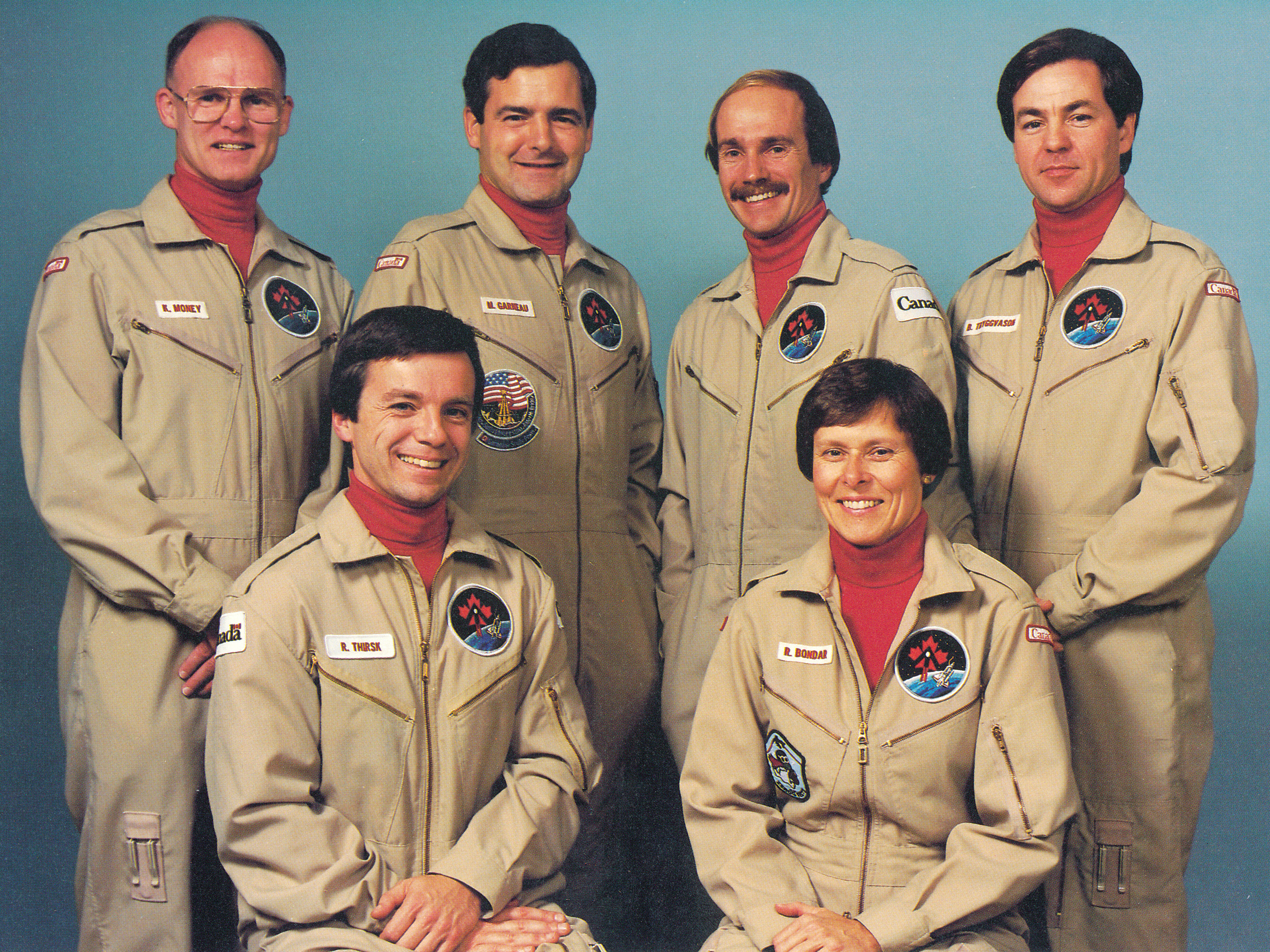 The first team of Canadian astronauts was selected in 1983. Back row, from left to right: Ken Money, Marc Garneau, Steve MacLean and Bjarni Tryggvason. Seated: Robert Thirsk and Roberta Bondar.

The CSA is currently responsible for the Canadian astronaut program. The astronaut program was founded in 1982 and originally managed by the National Research Council, but it was transferred to the CSA when the agency was formed in 1990.

The program selects and trains Canadian astronauts and manages their space flights. Since the first group of astronauts in 1983, the CSA has recruited three more groups in 1992, 2008 and 2016.

There are currently four active Canadian astronauts. Jeremy Hansen is working at Mission Control while waiting for a flight assignment. David Saint-Jacques completed his first trip to the ISS as a flight engineer with Expeditions 58 and 59 in 2019. Both Joshua Kutryk and Jennifer Sidey-Gibbons completed the Astronaut Candidate Training Program in 2020. One of these astronauts will take part in the NASA-led Artemis II mission. Aboard NASA’s Orion spacecraft, this mission will send a crew of four astronauts to fly around the Moon  in 2024. With the Artemis II mission,  Canada will become the second country to fly an astronaut around the Moon.

Satellite programs are a major part of the Canadian Space Agency’s activities. RADARSAT, a remote sensing satellite jointly developed by Canada and the US, was launched in 1995 and operated until 2013. It used advanced microwave technology known as synthetic aperture radar (SAR) that can pierce fog, darkness and clouds.

At the David Florida Laboratory in Ottawa, the CSA builds and tests satellites and other space hardware. It has “clean rooms” for assembling parts in an environment free of dust, moisture and micro-organisms. Such contaminants could cause hardware to fail in space.

Since 2017, the Canadian CubeSat Project has offered colleges and universities across Canada the chance to take part in a real space mission. Teams of professors and students design, build, launch and operate their own miniature satellites.

Canadian scientists and engineers take part in international space missions through the CSA’s space science and technology programs. Experiments in space physics, astronomy, atmospheric chemistry, materials and life sciences have been flown on satellites and space shuttles. In many cases, Canadian astronauts have done experiments on behalf of Canadian researchers. 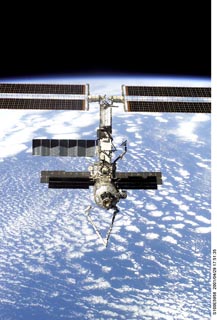 Backdropped against the Earth, the International Space Station (ISS) manoeuvres the Canadarm2. A larger, more advanced version of the space shuttle's robotic Canadarm, the Canadarm2 was designed to reach the length of the Station.

The CSA’s most significant partnership is with the group of nations that support the International Space Station (ISS). The ISS is a permanently occupied base for science and technology research that orbits 400 km above the Earth’s surface. Canada, 11 European nations, Japan, Russia and the US have all contributed to the ISS since its first module launched in 1998.

Canada’s main contribution is Canadarm2, a large robotic arm launched to the ISS in 2001. Canadarm2 was built by a consortium of Canadian aerospace companies led by Spar Aerospace Ltd. of Toronto (now MDA, a Maxar company). It has been used to assemble the space station, move cargo and supplies, repair and replace parts and help dock space shuttles to the station.

Did you know?
The original Canadarm flew on board space shuttles for 30 years, from 1981 to 2011. It deployed, captured and repaired satellites, positioned astronauts, maintained equipment and moved cargo.


In February 2019, Prime Minister Justin Trudeau announced that Canada will become the first country to partner with the US on the Lunar Gateway program, a space station that will orbit around the Moon. While NASA promotes and manages this program, it expects to partially fund the station with contributions from various countries. Trudeau said Canada would contribute C$2.05 billion over 24 years. The CSA will administer the funds, most of which will go to an improved third-generation Canadarm (Canadarm3), a smart robotic system that will use advanced software and artificial intelligence technology to help maintain the space station. It is anticipated that the Canadarm3 will be delivered to the space station in 2027. 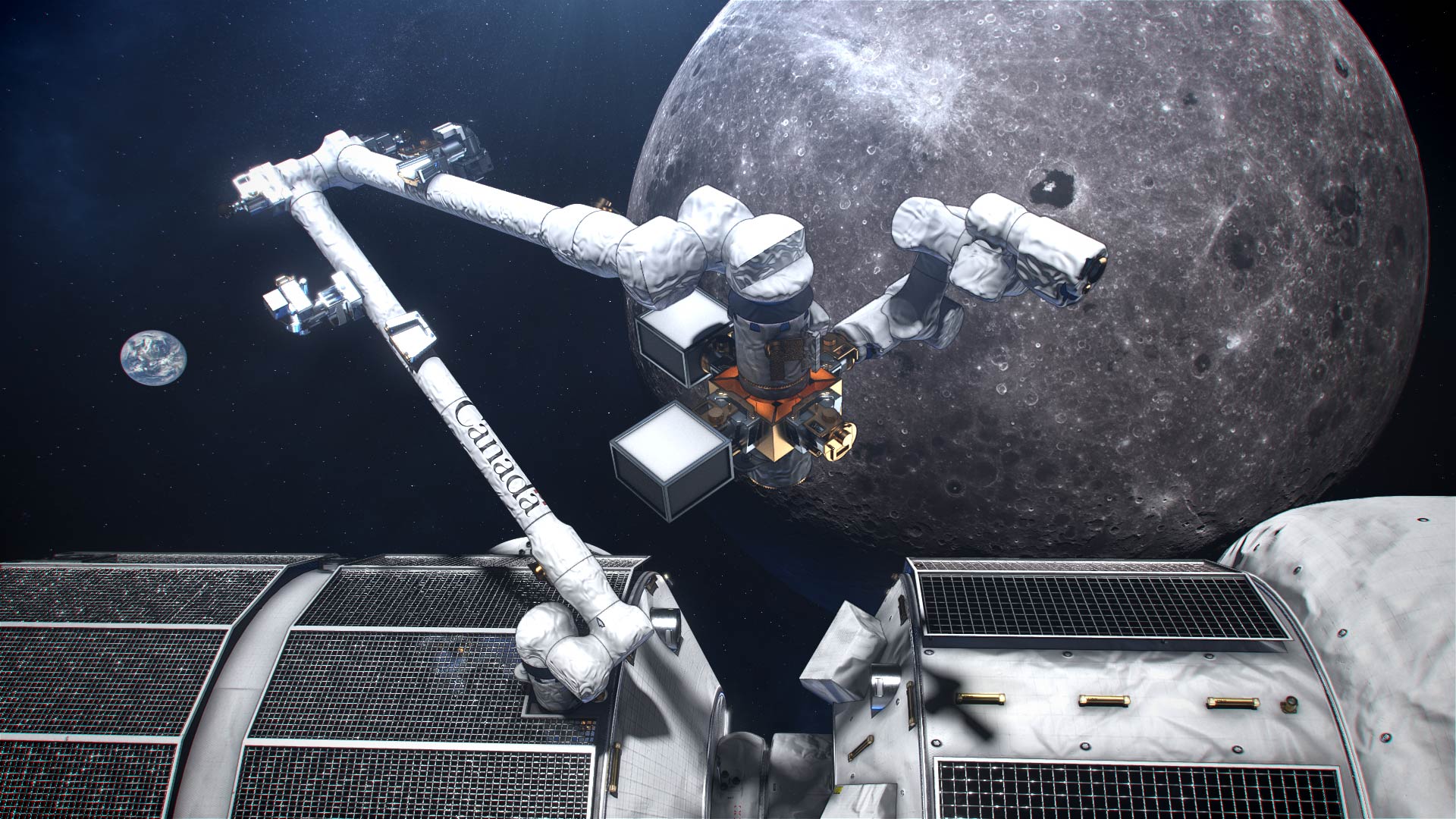 An artist’s concept of Canada’s smart robotic system located on the exterior of the Gateway, a small space station in orbit around the Moon.

Expedition – In the context of space exploration, an expedition refers to a long stay (typically about six months) on the International Space Station.

International Space Station (ISS) – A permanently occupied base for science and technology research that orbits 400 km above the Earth’s surface.

National Aeronautics and Space Administration (NASA) – The space agency of the United States. The Canadian Space Agency has partnered with NASA since 1982 to send Canadian astronauts to space on NASA-led missions.

Invention and Innovation in Canada 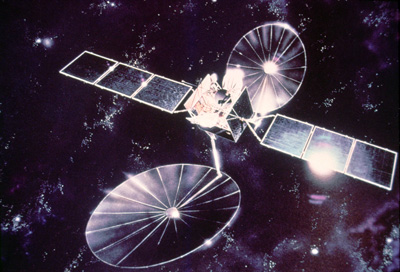 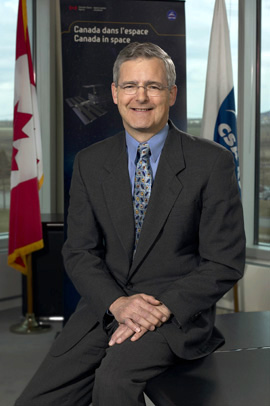 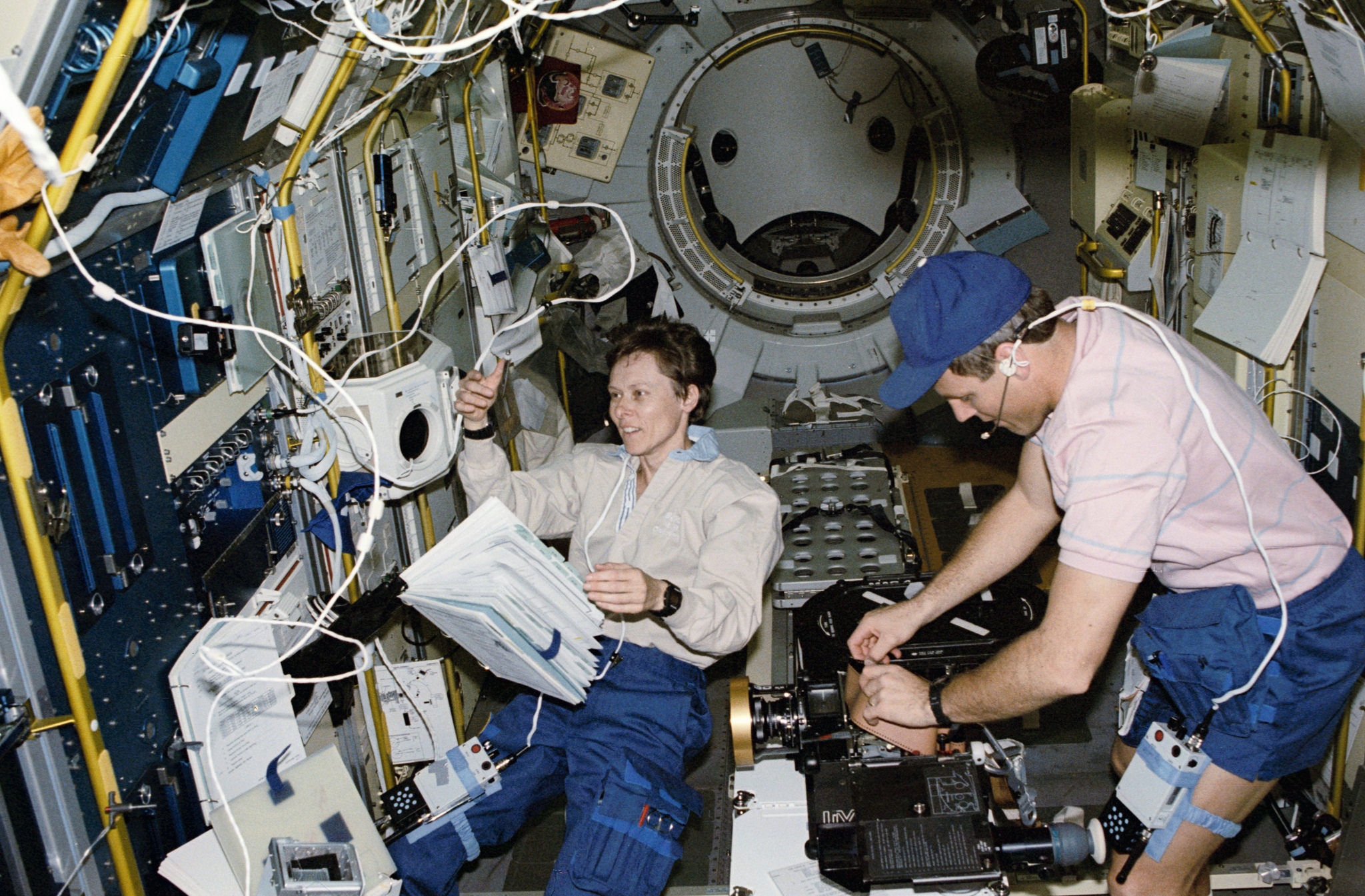 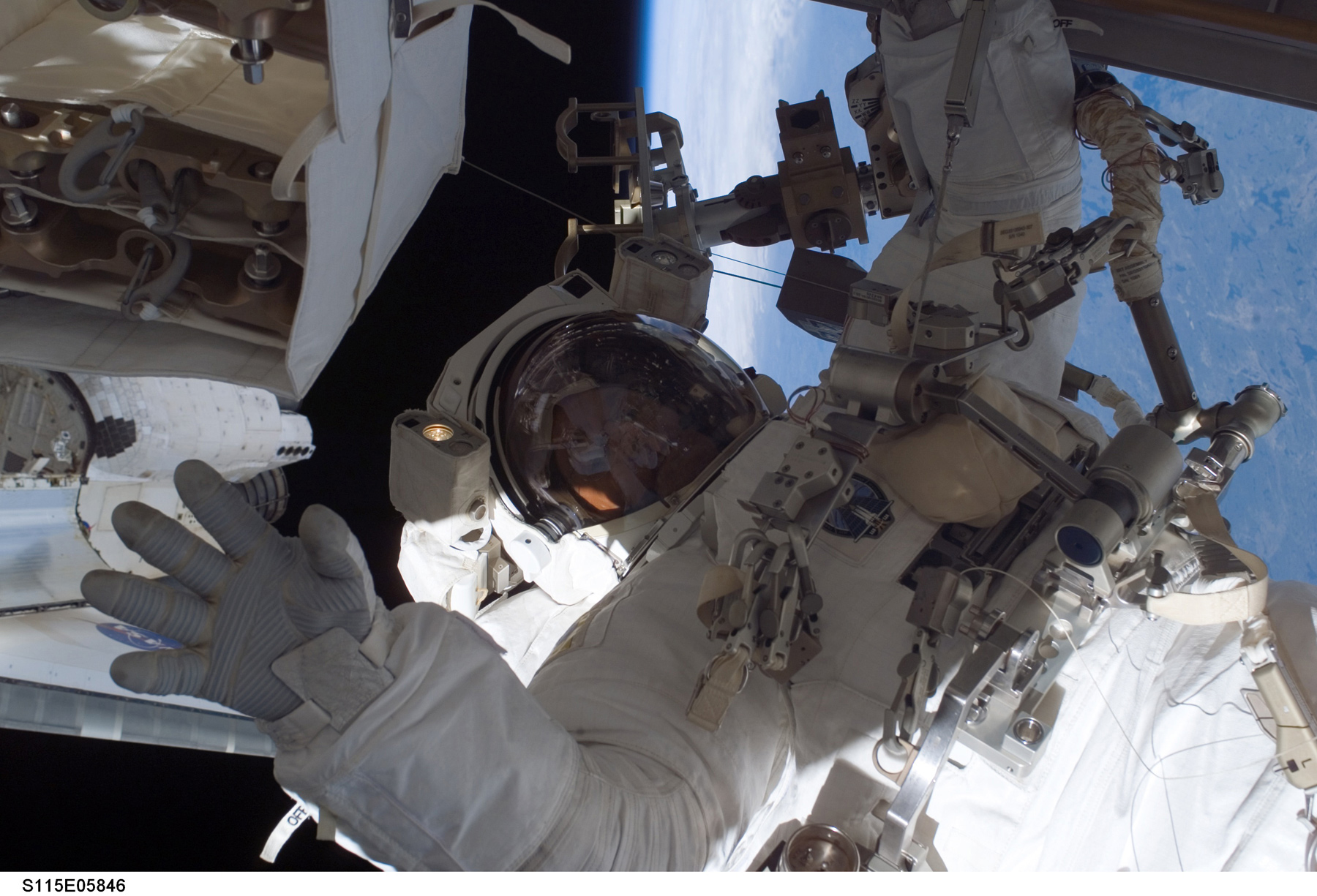 Invention and Innovation in Canada

Science and Innovation in Canada (Easy)