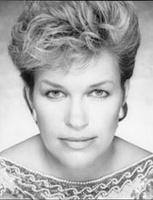 Throughout the late 1970s Baker had a string of hit records. She dominated the Big Country Awards and the Juno Award as top female country singer.

Carroll Baker, singer, songwriter (b at Bridgewater, NS 4 Mar 1949). Baker's electric performance of Conway Twitty's "I've Never Been This Far Before" on the 1976 Juno Awards telecast established her as a talent to be reckoned with. Performing since age 4, Baker moved to Ontario at 16 and by the time she was 19 had started to sing with country bands. After meeting country manager Don Grashey she started on a professional career, recording first for Grashey's Gaiety label (1971-75) and then for RCA Records (1976-82).

Throughout the late 1970s Baker had a string of hit records. She dominated the Big Country Awards and won the Juno in 1976, 1977 and 1978 as top female country singer. In 1983 she left RCA and signed with Tembo Records.

Baker has also released LPs on Excelsior, Silver Eagle, K-tel, Quality Special Products and Polytel, including Hymns of Gold, which was the top-selling LP of 1986. Several of her LPs were reissued on compact disc. In 1982 and 1985 she was named Female Vocalist of the Year by the Canadian Country Music Association. In 1992 Baker was inducted into the CCMA's Hall of Honour, and in 1993 was inducted into the Canadian Country Music Hall of Fame. In 1998 EMI Music Canada issued the CD From the Beginning, a selection of her best early recordings, as part of their Northern Heritage series.