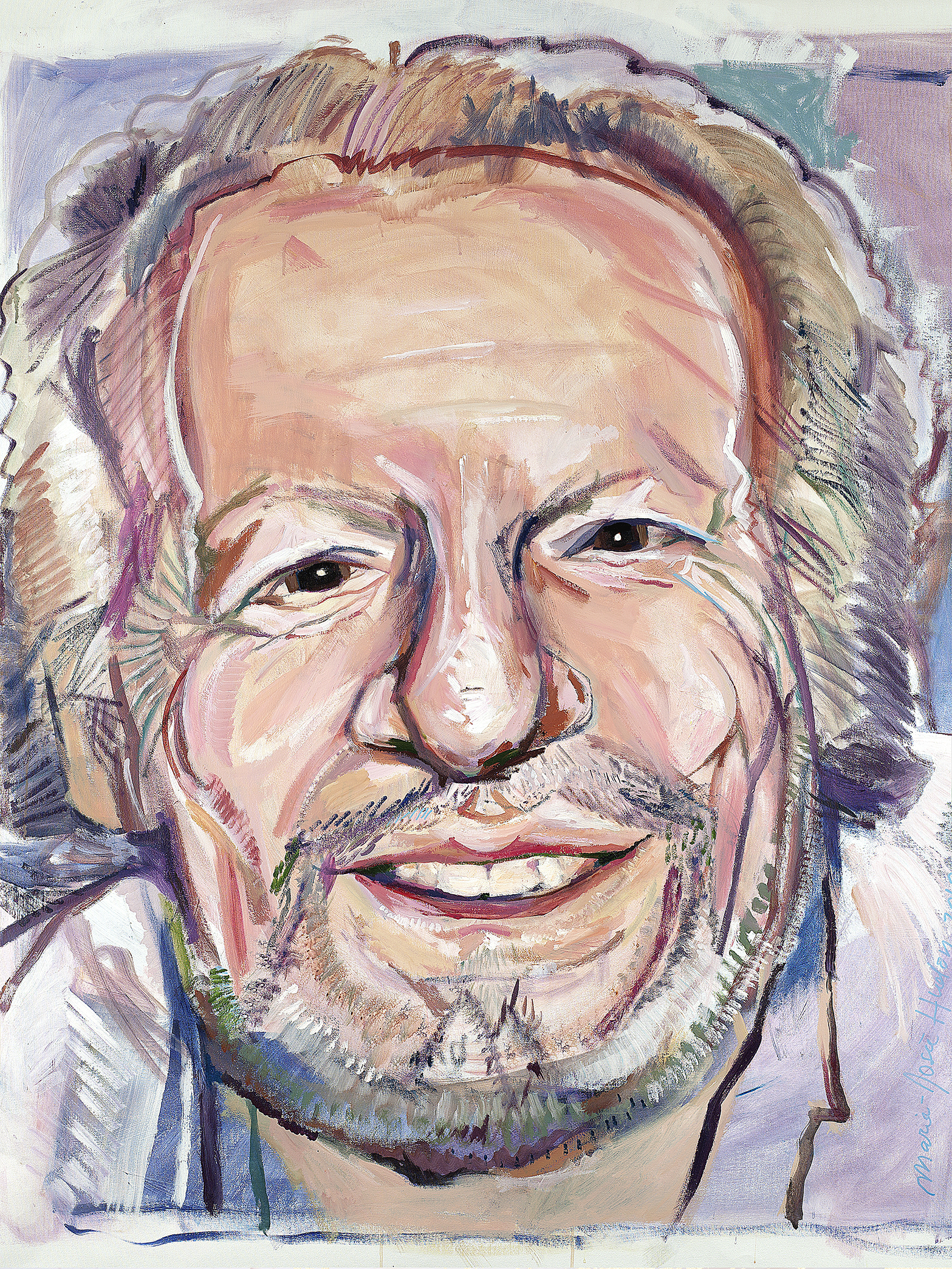 Joseph Gérard Adolphe Claude Léveillée, OC, OQ, singer, songwriter, pianist, actor (born 16 October 1932 in Montréal, QC; died 9 June 2011 in Saint-Benoit-de-Mirabel, QC). An icon of Québec popular culture on a level with Félix Leclerc, Claude Léveillée released more than 30 albums in 40 years and wrote more than 450 songs, some of them (e.g., “Frédéric,” “L'Étoile d'Amérique,” “Le Vieux Piano”) among the most popular in both Québec and France. Always deeply felt and sincere, and often steeped in nostalgia, Léveillée's songs and works for musical theatre appeal to diverse social groups, his lyrics reflecting universal themes of love, solitude and occasionally despair.He is a member of the Canadian Songwriters Hall of Fame, an Officer of the Order of Canada, and a Knight of the National Order of Québec and France’s Légion d’honneur.

A self-taught pianist, Léveillée began playing the piano at age five, despite never having lessons; he also played accordion and harmonica. He attended Collège André-Grasset and the boarding school at Montréal College before attending the Université de Montréal, where he studied economics and political science. He made his stage debut there in 1955 in the revue Bleu et Or.

In 1956, Léveillée was seen in Le Secret de la Rivière perdue on CBC TV. He also created the character of Clo-Clo the clown — as well as the sets, scenarios, scripts and music — for the children's TV program Domino (1957–59; 1961–62). In 1959, he founded the singing group Les Bozos with a group of chansonniers that included Clémence Desrochers, Hervé Brousseau, Jacques Blanchet, Jean-Pierre Ferland and Raymond Lévesque. With Ferland, Léveillée also opened Chez Bozo, one of Montréal’s first boîte á chansons. Among the first songs he composed were “Frédéric,” “L'Hiver,” “Les Vieux Pianos” and “Rendez-vous.”

After seeing Léveillée perform one night at Chez Bozo, Édith Piaf invited him to work with her. He worked in Paris 1959–60 with Piaf and then returned to Canada. In 1963, Piaf recorded songs he had written for her: “Boulevard du crime,” “Ouragan,” “La Voix,” and “Le Vieux Piano” (a new version of “Les Vieux Pianos”).

For his self-titled debut album, he received the Grand Prix du disque canadien (1962), the first of many awards. In 1964, he became the first Québec-born artist to give a solo performance at the Place des Arts. He collaborated with pianist and arranger André Gagnon 1962–69; his other accompanists were Pierre Leduc, Cyrille Beaulieu, Michel Lefrançois and Réjean Émond. At the 1966 Montréal Festival du disque he was awarded the Prix La Bolduc (named for singer-songwriter Mary Bolduc) in the singer-songwriter category. He was a special guest on The Ed Sullivan Show on 21 May 1967, which was broadcast from Expo 67.

Léveillée toured in Canada, France (appearing in particular in Paris at the Théâtre de Bobino and the Olympia), the USSR (1968, 1972), and Japan (1970), as well as in Belgium, Switzerland, and central Asian countries. In 1972, he represented the Québec chanson at the International Song Festival in Sopot, Poland.

Music for Theatre and Film

Léveillée composed the vocal concerto Contact (1972) and also set to music a story by Gilles Vigneault, Le Dict de l'aigle et du castor (1972); some traditional stories Salut l'Indien and Requiem 1837 (1977); and a story by Félix Leclerc, Le Petit Ours gris de la Mauricie (1977). A book of Léveillée's lyrics, L'Étoile d'Amérique, was published in Montréal in 1971. In 1976, he toured Québec with an autobiographical stage show called Ce matin un homme and wrote the music for the ballet Fleur de lit, which was danced by Les Ballets-Jazz du Québec during the Montréal Olympics.

He participated in 1976 and 1977 in the Saint-Jean-Baptiste celebrations in Montréal and appeared in 1977 in several TV specials in Paris, Montréal and Toronto. Léveillée composed the musical drama Concerto pour Hélène in honour of Hélène Boulé, the wife of Samuel de Champlain, the founder of Québec City. The Quebec Symphony Orchestra, Danielle Licari, and the choir of St-Dominique Church premiered the work on 3 July 1978 as part of the city's 370th anniversary celebrations.

Léveillée gave up his concert career in the late 1970s to concentrate on composition and acting. He returned in 1985 at the Place des Arts with André Gagnon, in a revival of their 1964 show Tu t'rappelles, Frédéric. After the release of his album Enfin revivre in 1989, Léveillée gave a few performances in Québec, France and Switzerland. He released several new albums and compilations in the 1990s and early 2000s and performed again at Place des Arts in 1994, 1997 and 2003.

As an actor, Léveillée appeared in Denys Arcand’s Jésus de Montréal (1989) and in the TV series Scoop (1991–94). In 2004, he was part of the cast of Don Juan, a musical that was recorded and nominated for a Juno Award; the same year, he also appeared in La lune viendra d’elle-même.

Léveillée was partially paralyzed in 2004 after suffering a brain hemorrhage during a performance. His final album, Coeur sans pays, was recorded just days before his stroke and was released in 2008. He lived the last seven years of his life at a cottage in the Laurentians and passed away peacefully in 2011.

Léveillée's works are marked by their depth and sincerity, melancholy, and a strong jazz influence. Julie Arel, Isabelle Aubret, Neil Chotem, Renée Claude, André Gagnon, Daniel Guichard, Pauline Julien, Georgette Lemaire, Monique Leyrac and Roger Williams are among the artists who have sung or played Léveillée's songs. A number of his songs and piano pieces were published by Publications Chant de mon pays.

Following his death, Léveillée was credited by Québec premier Jean Charest with helping to define Quebec’s culture. In La Chanson québécoise, Benoît L'Herbier described Léveillée as a “creator of immediate and moving melodies of indefinable beauty” (Montreal 1974). His papers are held at the Bibliothèque et Archives nationales du Québec. The Place des Arts’ Salle Claude- Léveillée — a 128-seat venue dedicated to showcasing francophone song — is named in his honour, and the 2011 FrancoFolies de Montréal was dedicated to him.

A version of this entry originally appeared in theEncyclopedia of Music in Canada.