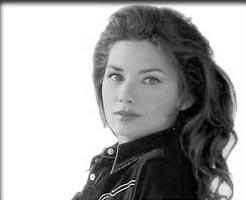 Country and western music roots lie in the British folk tradition, particularly as preserved in the rural mountain areas of the southern United States. Pop music, black music and the demands of commercial recording and radio have also influenced C and W music.

The Maritimes, parts of Ontario and BC shared a strong folk tradition similar to that of the Appalachian region, and country music found ready acceptance in Canada. Country music was first popularized by fiddlers such as Don Messer and George Wade, who started their careers on radio in the late 1920s. The Canadian Victor Record Co signed Wilf Carter in 1932, and his success prompted Victor to sign Wade (1933), Hank Snow (1936) and Hank LaRivière (1941).

Carter, Snow, and later Earl Heywood introduced a unique style of country music that uses a lower, less nasal-sounding voice with clearer enunciation and fewer of the blueslike slurs and high whining sounds that dominate much American country music. Canadian singers have continued to rely more on the traditional ballad and story songs than on the "cheatin'" and barroom songs often preferred in the US.

The Great Depression, WWII, a more mobile population, the success of the "singing cowboy" movies, the number of US radio stations with access to Canada, the increasing number of pop adaptations in country music and national radio shows and tours all increased the popularity of country music throughout the 1930s, 1940s and into the 1950s.

Movement to the United States

Canadian artists have been hampered by the sparse population and the regional nature of the country. Until the mid-1950s country artists relied on live radio shows, extensive regional touring in clubs, and barn dances and local television appearances to earn a living. With a shortage of places to perform and the absence of good recording studios, numerous artists, including Ray Griff, Stu Phillips, Lucille Starr and Ronnie Prophet, followed the lead of Hank Snow and moved to the US.

In the 1960s the instrumentation and singing style on country records became more pop-oriented. Artists such as Anne Murray, R. Harlan Smith and Shirley Eikhardt received airplay on commercial radio, while rock-oriented music, reflected in the Good Brothers, Prairie Oyster and Colleen Peterson, gained a wider audience. The urban folk boom of the 1960s fostered artists such as Ian and Sylvia Tyson, Gordon Lightfoot, Murray McLauchlan and Bob Ruzicka, who have both a strong urban and a strong country appeal. The folk-music boom also introduced bluegrass, the jazz of country music, and traditional Canadian fiddle music to a much larger audience. In the 1990s there continued to be a strong crossover feeling to Canadian country music, with such new artists as Rita MacNeil, Quartette, Colleen Peterson, Ashley MacIsaac, The Rankins and The Barra MacNeils, whose roots are in folk music, and who appeal to country audiences in particular and Canadian music audiences in general.

In 1986 the CRTC released a comprehensive study, The Country Music Industry in Canada, in response to the Canadian Broadcasters Association's request for lessened restrictions on Canadian content. Based on its findings, the CRTC ruled that the regulations should remain in place.

Growth of Country and Western Music

Canadian-content regulations for commercial radio in 1970 gave valuable airplay to artists such as Dick Damron, "Stompin' Tom" Connors, Carroll Baker, Gary Buck and the Family Brown. More radio stations were licensed and more began to program for specialized markets. In 1960 there was one radio station, CFCW in Alberta, featuring country music entirely. By 1987 there were 85 originating stations programming some country music during their broadcast day, and by 1998 there were 110 full-time country stations and 36 part-time stations broadcasting country music in Canada. The 1980s saw a revival of interest in the older styles of country music of Ian Tyson, k.d. lang and groups such as Blue Rodeo and Spirit of the West. The more mainstream music of Eddie Eastman, Terry Sumsion and Terry Carisee, etc, remained popular.

Up until the 1990s primary television exposure for country artists came through such network shows as the Tommy Hunter Show and syndicated broadcasts such as Sun Country and the Family Brown Show. With the advent of country music specialty television channels, such as the Nashville Network and Canada's Country Music Television (established in 1994 as New Country Network), new exposure possibilities for country music artists became possible. A new genre of country music, often referred to as new country, arose to take advantage of these opportunities. Borrowing promotional and production techniques along with a dose of attitude from rock music, this new music challenged accepted ideas of country music and gave country musicians a much wider and more urban audience.

Canadian artists who emerged in the 1990s include Michelle Wright, k.d. lang, George Fox, Charlie Major, Blue Shadows, Prescott/Brown, Paul Brandt, Cassandra Vassik, Patricia Conroy, Lori Yates, Terry Clark, the Wilkinsons and multi-award winner Shania Twain. While there is still the notion that to make it big you must move to Nashville, television now offers Canadian artists a chance for much wider exposure. A 3-hour 1992 CBC-TV special brought new country and old country together in a program devoted to the history of Canadian country music called Country Gold, which featured interviews and performances by Canadian artists from Hank Snow to k.d. lang.

The Canadian Country Music Association, formed in 1975 as the Academy of Country Music Entertainment, has sponsored an annual country music week in different cities across Canada. Country Music Week and Big Country Awards have brought artists and industry people together and have become major events in the promotion and development of country music.

The phenomenal crossover sales success in the 1990s of such American artists as Garth Brooks and Canada's Shania Twain has tended to obscure some of the problems and changes in the country music business. These include record company buy-outs and mergers; changes in technology, including the advent of the Internet and different ways of delivering pre-recorded music; the decline in country music radio audiences and the overall slowing of the growth of record sales. In 1999 the Canadian Country Music Association released Independent Canadian Country Music: A Survey, which looked at some of the challenges facing country music and country musicians in the new century.