Crown corporations are wholly owned federal or provincial organizations that are structured like private or independent companies. They include enterprises such as the Canadian Broadcasting Corporation (CBC), VIA Rail, Canada Post and the Bank of Canada; as well as various provincial electric utilities. Crown corporations have greater freedom from direct political control than government departments. As long as crown corporations have existed, there has been debate about their structure, accountability and role in the economy.

Crown corporations are wholly owned federal or provincial organizations that are structured like private or independent companies. They include enterprises such as the Canadian Broadcasting Corporation (CBC), VIA Rail, Canada Post and the Bank of Canada; as well as various provincial electric utilities. Crown corporations have greater freedom from direct political control than government departments. As long as crown corporations have existed, there has been debate about their structure, accountability and role in the economy.

The first Canadian crown corporation, the Board of Works, was established in 1841. It was tasked with constructing a shipping canal system in the Province of Canada. By 2019, there were 47 crown corporations in operation across the country. They were created by governments to provide important services in a vast, sparsely populated nation; usually because the private sector was unable or unwilling to provide them, rather than because of a preference for public ownership per se.

After the Second World War, a number of federal crown corporations emerged as important providers of loans and financial services to groups whose needs were not always met by private institutions. These groups included farmers (Farm Credit Corporation), small businesses (Business Development Bank of Canada) and exporters (Export Development Corporation). The federal government has at times owned and operated coal mines (Cape Breton Development Corporation) as well as Petro-Canada, a major integrated oil and gas company that is now privatized.

In recent years, crown corporations have been developed to meet emerging needs. In 2002, The Canadian Air Transport Security Authority (CATSA) was formed to provide passenger and baggage screening at airports. This was a direct response to the terrorist attacks of 11 September 2001.

Crown corporations are the essence of Canada’s “mixed” economy; a combination of government versus privately-owned enterprise. They create a distinct difference between the industrial organization of Canada and the United States. In the US, state-owned enterprises are less common.

In most provinces, crown corporations are responsible for generating and transmitting electricity (e.g. Hydro-Québec); for gaming and lotteries (e.g. Manitoba Lotteries Corporation); and for selling liquor (e.g., the Liquor Control Board of Ontario). Some provinces also own telecommunication firms (e.g., SaskTel). Others have owned mining and manufacturing companies; such as the Potash Corporation of Saskatchewan (now private) and the Sydney Steel Corporation of Nova Scotia (now defunct). In British Columbia, Saskatchewan, Manitoba and Quebec, crown corporations have sold automobile insurance. In Alberta, BC and Ontario, they have operated railways.

Government-owned companies have traditionally had special prominence in Quebec and Saskatchewan. After the Co-operative Commonwealth Federation’s landmark electoral victory in Saskatchewan in 1944, crown corporations were seen as an important way of building a more diversified economy. Since the early 1960s, successive Quebec governments have also employed crown corporations to diversify the provincial economy; to preserve and create jobs; and to nurture francophone managers. Hydro-Québec is a major example. Crown corporations were also established in Quebec’s steel, oil and gas, forestry and asbestos industries. 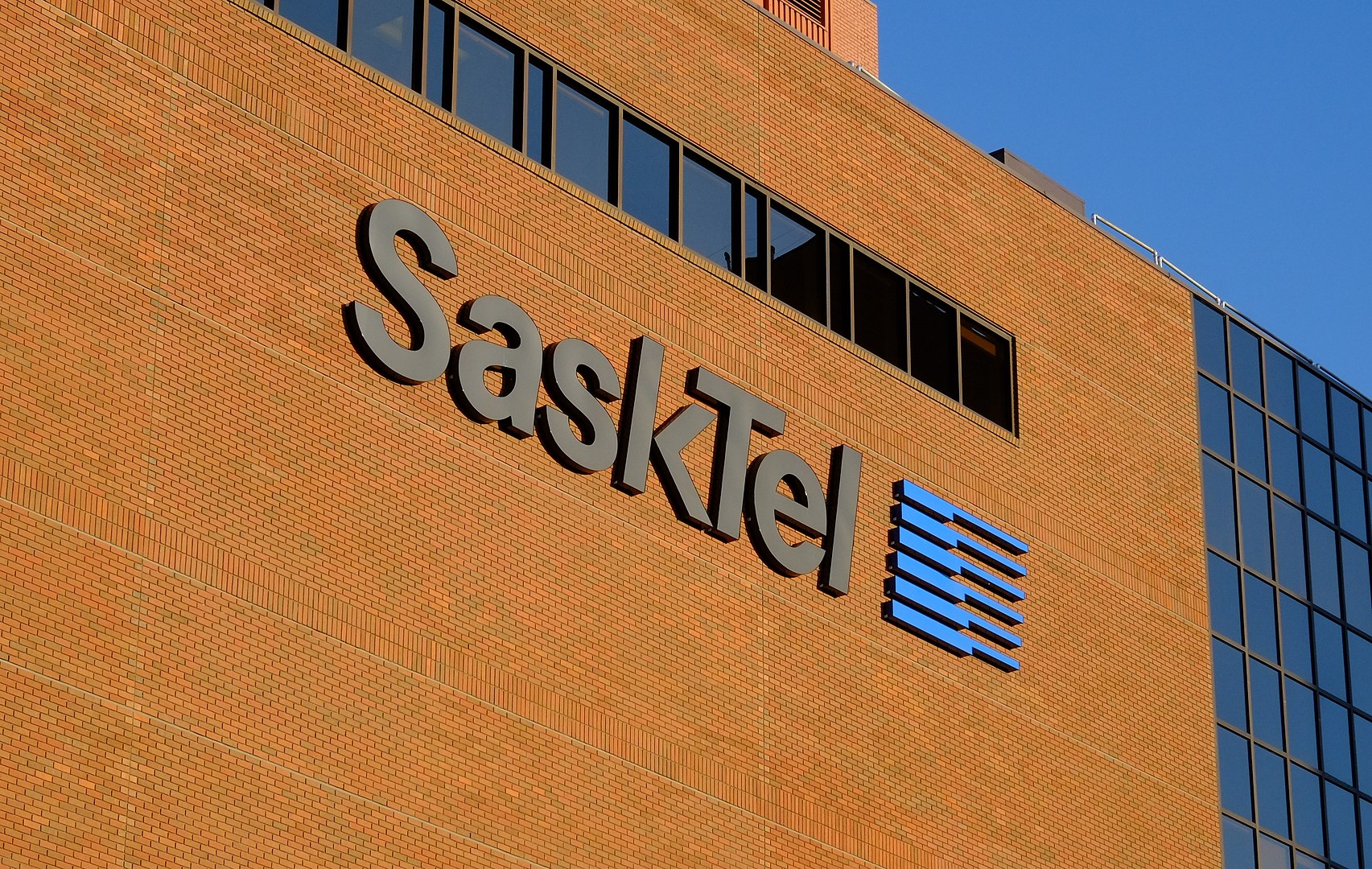 The offices of telecommunications company SaskTel in Saskatoon.

The Role of Crown Corporations

A central argument for crown corporations is that the commercial activities of government must be shielded from government intervention and legislative oversight to be performed successfully. Crown corporations thus enjoy greater administrative freedom than ordinary government departments. As government enterprises, however, their autonomy cannot be absolute; it must be tempered by some public control over policy making. The Canadian experience suggests that corporate autonomy, government control and legislative oversight are often conflicting and difficult to reconcile.

Government influence over federal crown corporations developed piecemeal. But a key element was section VIII of the 1951 federalFinancial Administration Act (FAA). It organized crown corporations into three schedules or types: departmental; agency; and proprietary. Each of these performed different functions and had a different relationship with the state. Departmental corporations, such as the Economic Council of Canada, performed no obvious commercial functions. They were treated the same as government departments. Agency corporations, such as Atomic Energy of Canada Ltd., were accorded greater freedom. Proprietary corporations, such as Air Canada before it was privatized, enjoyed even greater autonomy in financial matters.

The FAA’s provisions required agency and proprietary corporations to submit annual capital budgets to the responsible minister; as well as to the minister of finance and the president of the Treasury Board. The budgets needed the approval of these three ministers, theCabinet and Parliament. Agency corporations also submitted operating budgets for approval to the responsible minister and the president of the Treasury Board. Cabinet controlled the appointments, remuneration and dismissal of crown corporations’ boards of directors and senior officers. In theory, boards provided the key link between the government and corporate management. However, in practice, their effectiveness was often undermined by a lack of precise definitions of the powers, duties and responsibilities of boards; as well as by political patronage in the selection of board members and by the federal government’s controversial practice of appointing senior civil servants to the boards. 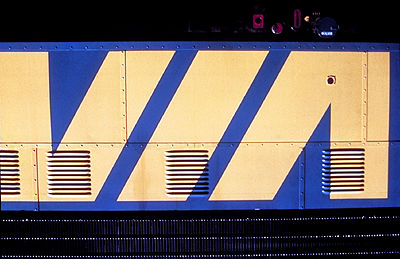 VIA Rail Canada Inc. was established as a crown corporation in 1978 (courtesy Canapress).

To many observers, the FAA was antiquated. Some felt that major crown corporations, particularly CN, had escaped political control. Successive auditors-general criticized the financial management of crown corporations. Controversy also surrounded the activities of Atomic Energy of Canada Ltd. and Air Canada. Petro-Canada’s rapid expansion and Via Rail’s chronic problems fuelled the discontent. The role of crown corporations was also a problem in BC, Saskatchewan, Manitoba and Quebec.

In 1984, Bill C-24 passed. It replaced the FAAwith a new legislative framework. Among other things, the law established new schedules or types of crown corporations. It also extended the Cabinet’s ability to issue directives. It stressed that crown corporations can neither establish nor dispose of subsidiaries without Cabinet approval. It clarified the process of budgetary approval. And it ensured that corporate plans be submitted to Cabinet for approval and to Parliament for discussion. These reforms, however, did not satisfy critics. They suggested that Bill C-24 generally codified existing procedures and policies, broke little new ground, and left major problems unsolved.

In 2003, an auditor-general investigation into a federal sponsorship program revealed financial management concerns at a number of crown corporations; they included Canada Post, VIA and the Business Development Bank of Canada. A subsequent report by retired judge John Gomery led to major reforms at crown corporations and to the 2006 Federal Accountability Act. The Act extended the list of crown corporations accountable under the Access to Information Act; brought changes to the appointment of board members and restricted the number of civil servants on boards; and split the Chief Executive Officer and Chair roles into two distinct positions.

In the mid-1980s, there was a widespread sell-off of public assets in the United Kingdom under British Prime Minister Margaret Thatcher. In response, the government of Prime Minister Brian Mulroney appointed a minister of state for privatization. They oversaw the sale of iconic crown corporations such as Petro-Canada and Air Canada; as well as de Havilland Aircraft Co. and Canadair. Between the mid-1980s and mid-1990s, various other key crown corporations were also privatized by Ottawa and the provinces alike; they included CN, the Alberta Liquor Control Board and Nova Scotia Power.

In 2013, Stephen Harper’s government introduced measures in its budget bill giving it new powers over collective bargaining, salaries and working conditions at four crown corporations, including the CBC.