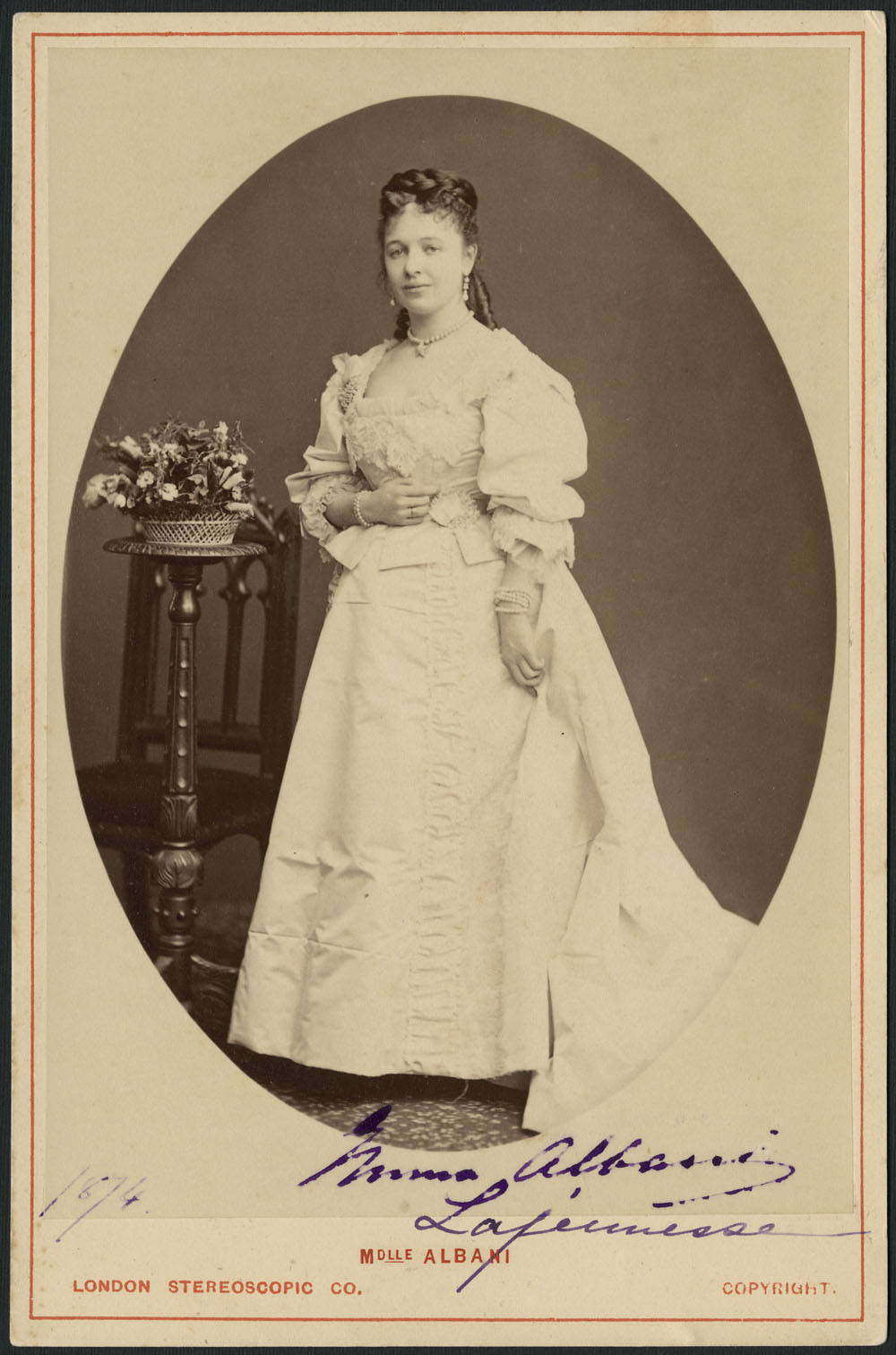 Marie-Louise-Cécile-Emma Lajeunesse was born in 1847 in Chambly, Canada East [now Quebec]. Her parents, Joseph Lajeunesse and Mélina Mignault, began teaching her music at an early age. In September 1856, at the age of eight, Emma gave her first concert at the Mechanics’ Institute in Montreal. She continued to sing in Montreal and other communities in Canada East, including Chambly and Saint-Jean (Saint-Jean-sur-Richelieu), until her family moved to New York State in 1865. Emma was soon hired as soprano soloist, church organist and choir director at a church in Albany; by 1868, she had raised enough money for further training in Europe. Emma studied singing in Paris with the French tenor Gilbert-Louis Duprez and in Milan, Italy, with voice teacher Francesco Lamperti. It was around this time that she adopted the stage name Albani.

Albani made her opera debut in 1869–70 at Messina, Italy, as Oscar in Un Ballo in maschera; her first real triumph came soon after, as Amina in La Sonnambula. Amina was also her debut role in London (1872), Paris (1872) and New York (1874). Albani was the first Canadian woman to sing at the Royal Italian Opera (later the Royal Opera House), Covent Garden, London; she remained with the opera house until 1896. At the same time, she steadily pursued her international career in many countries, performing at major venues in Paris, Berlin, Vienna, Brussels, Venice, Moscow, St Petersburg and New York. She also performed before several reigning monarchs, including Tsar Alexander II and Queen Victoria, with whom she developed a lasting friendship.

By the time she retired from the opera stage in 1896, she had sung 43 leading roles. She made about a dozen enthusiastically received Canadian tours between 1883 and1906. Her remarkable voice has been preserved on a Rococo 5255 record, on which she sings eight titles, including turn-of-the-century songs and three Handel arias.