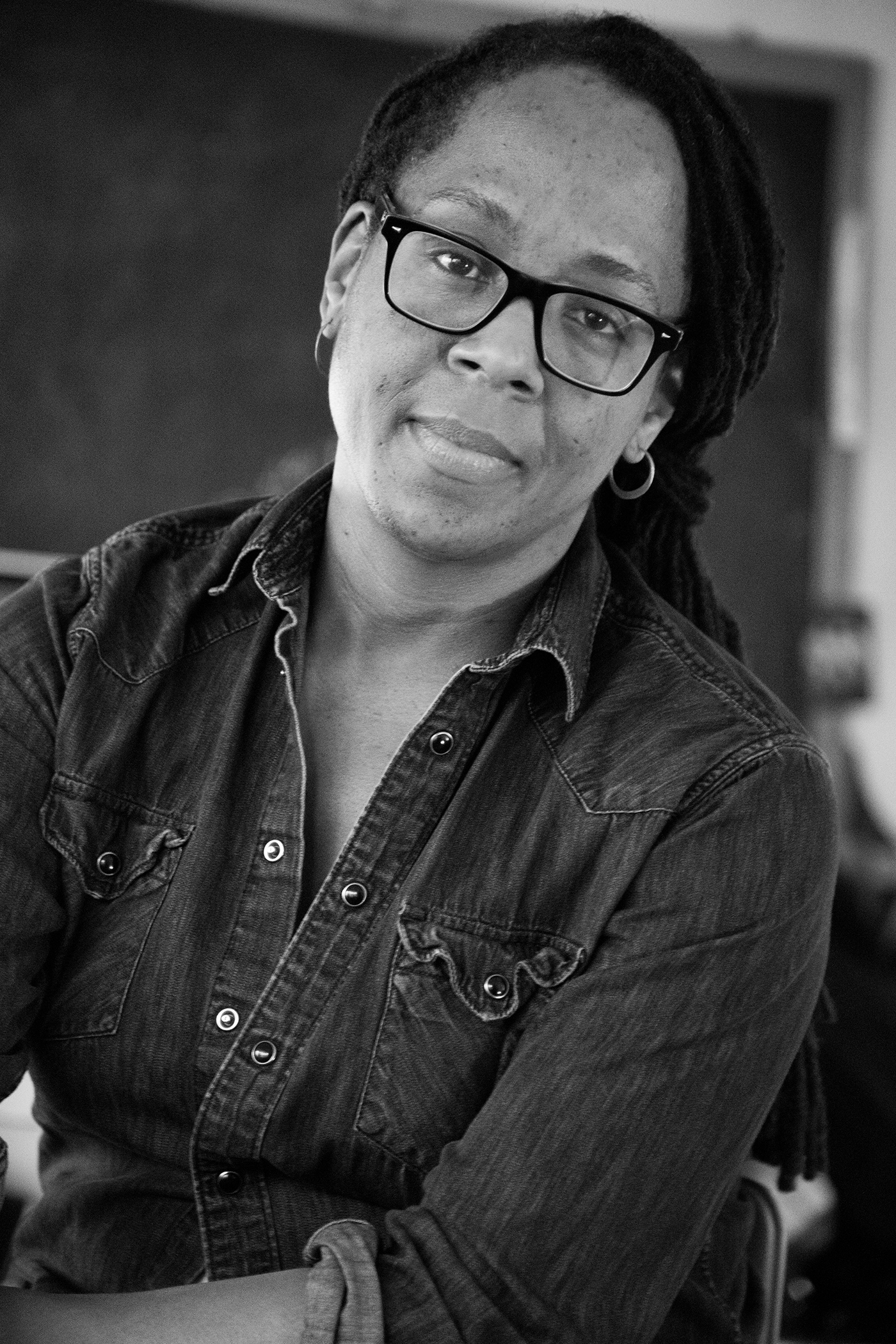 Deanna Bowen, visual artist (born 5 November 1969 in Oakland, California). Bowen is a multidisciplinary artist whose work addresses African migration, personal and community histories, genealogy and the history of enslavement, often drawing on archival documents to create works that witness traumatic histories. Bowen’s work is widely shown throughout Canada, as well as in the United States and Europe.

Deanna Bowen is a descendant of the settlers of the Black communities of Amber Valley and Campsie, Alberta. (Her Alabama- and Kentucky-born grandparents fled the states after the establishment of Jim Crow legislation in the late 19th century). Her family history has been key to many of her works. During her childhood, Deanna often lived with her grandparents when her mother, who divided her time between Vancouver and Seattle, was away. The tension between racism in Canada and the United States (and an inquiry into Canada’s denial of its own histories of antagonism towards Black immigrants) informs much of her work.

After obtaining a diploma in fine arts from Vancouver’s Langara Community College in 1992, she attended Emily Carr College of Art and Design, graduating in 1994 with a diploma in sculpture, and pursued further courses at Simon Fraser University until 1995. Bowen moved to Toronto in 1996, where she spent many years as a cultural worker at organizations such as the Liaison of Independent Filmmakers of Toronto, the journal Canadian WomanStudies, and InterAccess Electronic Media Arts Centre. During this time, Bowen maintained an active artistic life and became recognized for her video works exploring sexuality, race, gender, storytelling and testimony, as well as the interpersonal dimensions of major historical moments.

Bowen attended University of Toronto’s Master in Visual Studies program from 2006 to 2008. A touring exhibition titled Stories to pass on… followed shortly thereafter, from 2009 to 2012. The exhibition was composed of two video works, Gospel and Shadow on the Prairie, both of which detailed Bowen’s research into her family’s slave roots in Pine Flat, Alabama. Drawing on archival sources, appropriated film footage, Holocaust trauma theory and genealogical research, these works are emblematic of the visceral, semi-autobiographical approach to troubled historical narratives for which Bowen has become known.

sum of the parts: what can be named…

In 2010, the Toronto video distribution organization VTape commissioned Bowen’s work sum of the parts: what can be named… The video centres on Bowen herself, who provides an account of her family’s slave history, and details the difficulty of their migration to Canada in the face of the Canadian government’s formal restrictions on Black immigrants and a prevailing anti-Black sentiment in Canada.

In 2012, Bowen presented the Paul Good Papers at Toronto’s Gallery 44. Bowen and actor Russell Bennet conducted daily performances reenacting an interview between ABC News reporter Paul Good and Ku Klux Klan Imperial Wizard Robert Shelton. Materials assembled in the exhibition, including the interview, a video recording by Paul Good of violence surrounding a 1964 school integration in Notasulga, Alabama, and KKK propaganda materials, testify to the normalization of white supremacy at the time. Further investigation of the KKK’s presence in Canada came to the fore in Bowen’s 2013 installation at the Art Gallery of York University. Alongside a reenacted CBC interview with Klansmen and reproductions of KKK posters and robes, Bowen presented hundreds of pages of the 1911 Anti-Creek Negro Petition (reproduced as inkjet prints of the original document), which sought to prevent Black settlers from entering the Canadian prairies. These works invited audiences to witness the racist and complacent dimensions of Canada’s history in relation to its Black citizens, and to rethink representations of Canada as universally safe and welcoming to Black settlers. Bowen’s methodology of reproducing archival documents as well as re-performing audio recordings has continued in works such as : Or An Alternate Chronology of Events Leading Up to and One Year Beyond the Columbia Avenue Uprisings, August 28-30 1964 in the Institute of Contemporary Art at University of Pennsylvania’s group exhibition Traces in the Dark in 2015.

Other Activities and Recognition

Winner of the 2014 William H. Johnson Prize from the William H. Johnson Foundation for the Arts, Bowen has exhibited and screened her works throughout Canada and the world. She is also a public speaker and an active lecturer at the University of Toronto. Her work is held in the collections of the Van Pelt-Dietrich Library Center at University of Pennsylvania, Philadelphia, PA; Syracuse University, Syracuse, NY; Thames Gallery, Chatham, ON; McMaster University, Hamilton, ON; Concordia University, Montreal, QC; and Wedge Curatorial Projects, Toronto, ON.